ST. GEORGE — Jonny Wood’s parents gave him his first ukulele when he was only 2 years old. As a child, Wood was obsessed with every guitar he saw and though he didn’t really start playing until he was 16 years old, he said he has always had a passion for music.

After spending nearly a decade managing large music stores in various parts of the country, Wood has combined his passion for music and his experience in the musical instrument retail business and opened his own guitar and music shop in St. George.

Dixie Guitar King located at 130 E. 200 North opened its doors in early April. Wood is there six days a week ready to share his ardor with other music lovers – whether they be beginners looking to get their first guitar or seasoned professionals looking to record some tracks.

Wood has 17 years experience as an audio engineer so one of the focuses of his shop is providing the best recording equipment to create an in-home recording studio. From microphones, microphone cages to cables and beyond Dixie Guitar King has the merchandise needed to create a professional sound engineering experience.

The shop is set up to allow customers to demo much of the equipment before purchasing.

Recording equipment is a niche in the retail music industry, one that Wood felt St. George lacked and one he hopes to fill.

In addition to recording equipment, Dixie Guitar King has a variety of acoustic guitars, electric guitars, ukuleles, keyboards, electronic drum kits, accessories and more. Products come in a variety of price points from entry level to professional. And each instrument or piece of equipment that the store carries has been chosen for its quality.

With so many choices it could be easy to become overwhelmed but Wood said he aims to arm customers with knowledge about their choices so they walk out the door confident in their purchase.

All of the instruments are meticulously and professionally set up before being placed on the wall, he said, so the customer can know exactly what their instrument will feel and sound like.

Because of his dedication to helping customers have access to information about the products and more, Wood has a YouTube channel with how-to and other informative videos.

Wood also plans to carry band rental instruments in the shop which should be ready for the 2017-18 school year.

Instrument repairs can also be done at Dixie Guitar King.

Although Wood hopes and plans for his new venture to be successful, he also approaches the new store with more altruistic motives.

“I wanted to be a rock star and all that, and through life experience I realized I do not want fame or riches and have avoided every chance I have had,” Wood said. “I think we all have a contribution we can make to the world, and I believe music is part of mine.” 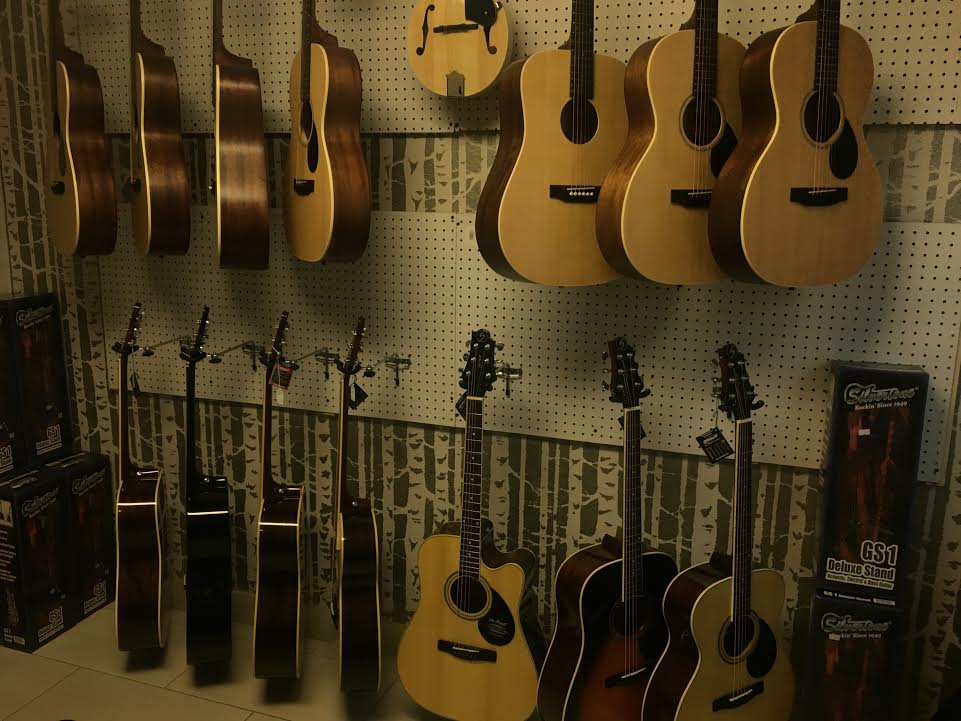 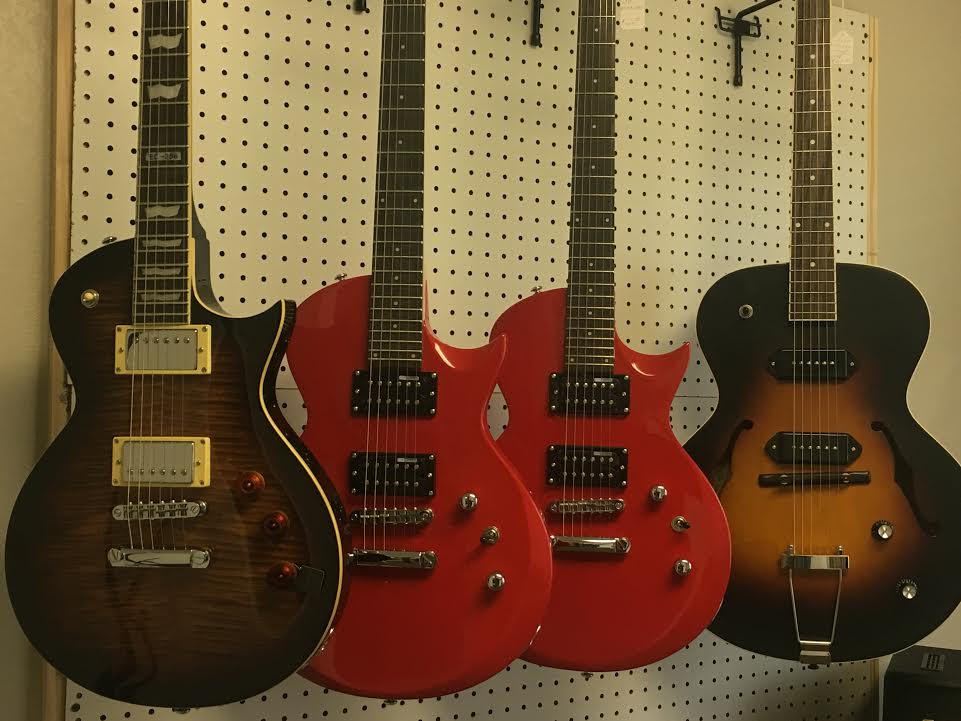 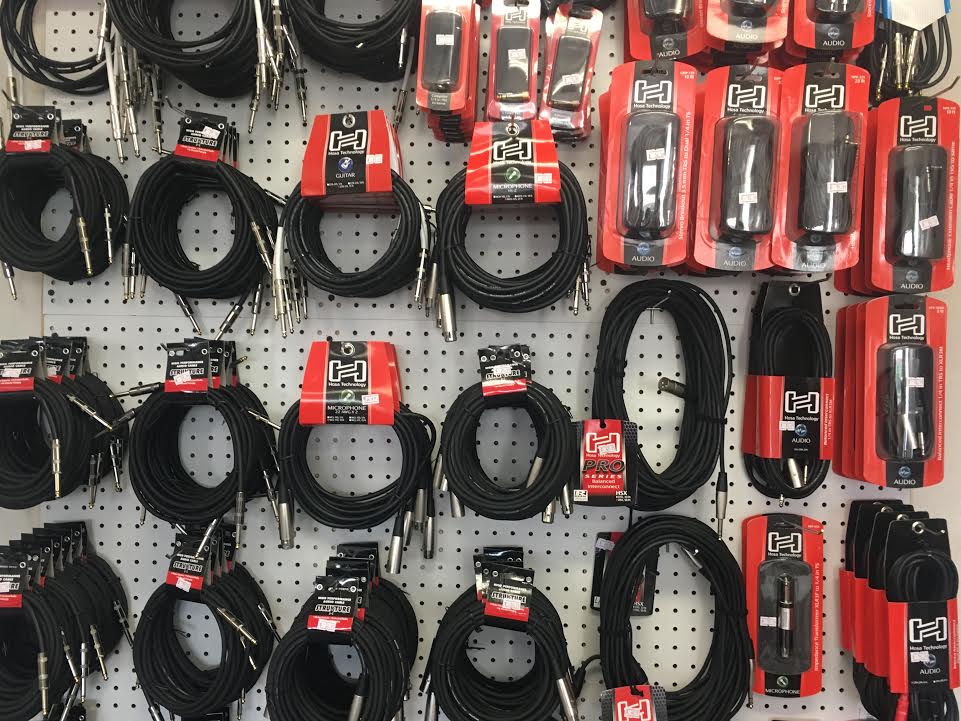 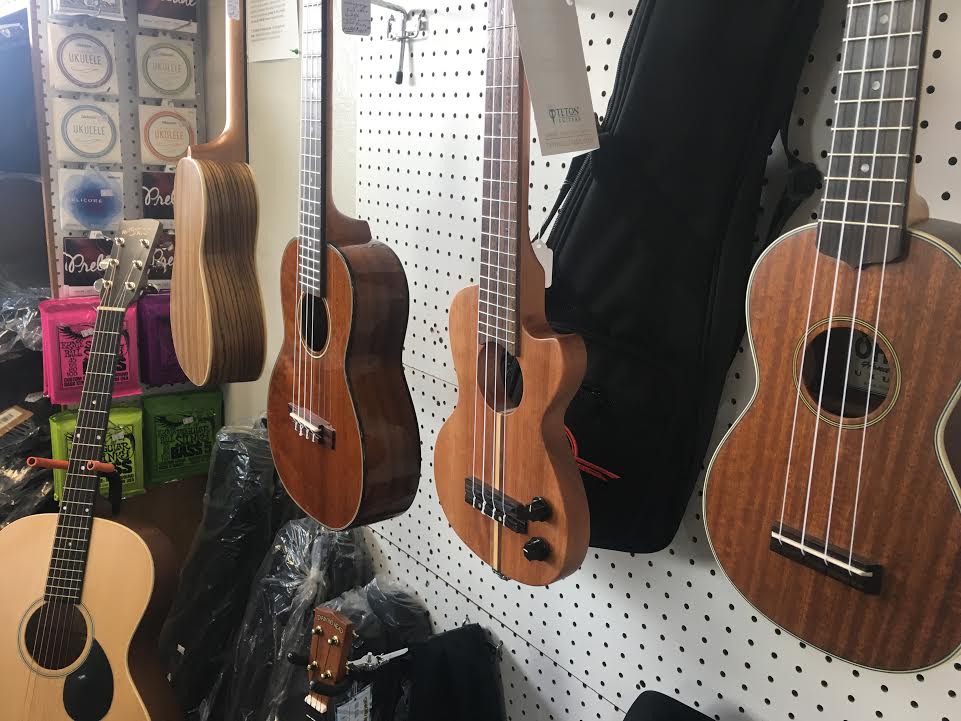