ST. GEORGE — Everyone has a COVID-19 story, but few stories are as ironic as the Chamberlains.

Teaching at a university in Beijing for the last three years, Chuck and Laraine Chamberlain spent much of their free time remotely co-authoring a book with their son in Atlanta, Georgia. Since they no longer owned a home in the United States, whenever there was a break in their teaching they would often visit their children and grandchildren scattered throughout the country.

They had gotten comfortable in their on-campus apartment at China Foreign Affairs University, and called it “home.”

With January 2020’s semester break, the Chamberlains decided to explore Asia instead of returning to the United States. They left nearly all of their belongings, including a drivers’ license, computers, clothing, and other valuables in the apartment as they set off to explore central and southern China, including Kunming, GuiLin, YangShuo, Hong Kong, and Macau.

At one point they considered visiting friends in Wuhan, but went a different route instead. Eventually, they visited Penang Island in Malaysia for a week before their planned return to Beijing on Feb. 1st. 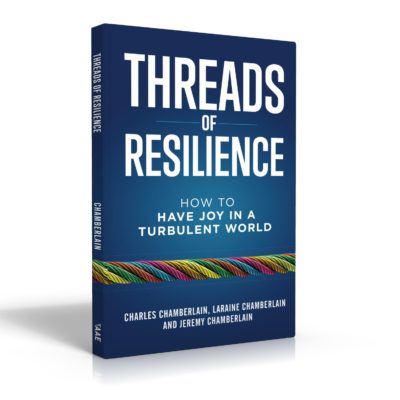 Then things got a little strange. Prior to leaving Malaysia, they were told by their university they would not be allowed to return. For several days, they tossed around ideas about what to do next. Could they stay in Malaysia longer than they planned?

Chuck Chamberlain remembered this troubling part of their journey.

“We couldn’t believe this was happening. We had no winter clothes, so felt reluctant to go to America in February, but that’s what we finally decided to do. We flew to visit our son in Atlanta where the weather wasn’t as warm as Malaysia, but not too cold. We arrived on U.S. soil exactly 14 days after leaving mainland China, and spent a month finalizing our book and creating an online course,” he said. “But our daughter-in-law’s cousin was about to give birth and needed a place to stay. Our son promised to give her a temporary home, so we felt it would be best for us to leave.”

The couple flew to Idaho, where another of their children lived. Their son-in-law had some health concerns, however, and they felt it was not good to bring possible COVID-19 contamination when his immune system was low. They purchased a used car and drove to visit a grandson at Camp Pendleton in Southern California. They cut their visit short, however, when the community and the military base started severe restrictions.

“We got in our car without much of a plan and just started driving,” Chuck Chamberlain said. “We got to St. George and checked into the Ramada Inn for a couple of nights, thinking we would formulate a plan and move on. But we soon saw further travel restrictions developing in the U.S. and stayed in the hotel for a couple of weeks, extending our reservation every few days.”

At the Ramada Inn, the couple found a great opportunity to continue working on their online course. In fact, the hotel’s boardroom was a perfect place to record some videos for the course.

“The staff at the hotel were so good to us. They were helpful with whatever we needed,” Laraine Chamberlain remembered.

It has been over a month now and the Chamberlains have moved out of their hotel room and into a month-to-month rental arrangement with a homeowner in the area. Their book is now available for pre-sales on Amazon and their online course will be coming in a few weeks. The book title? “Threads of Resilience: How to Have Joy in a Turbulent World.”

The online course will be focused on mental health aspects of resilience.

“We’ve been writing this book for over three years and it seems so ironic that just before its release we’ve had to test its principles,” Chuck Chamberlain said. “I think this is a perfect time for this uplifting, affirming book that is a conversation between our grown son and his parents. In the book we talk about moving through difficult times with gratitude and a feeling of abundance and joy.”