ST. GEORGE — On Thursday morning, representatives from more than a dozen local, state and national environmental organizations participated in a virtual press conference to introduce the Utah 30×30 coalition.

The partnership’s overarching goal is to ensure at least 30% of Utah’s land and waterways have adequate protection by 2030, similar to the national goal established by the executive order issued by President Joe Biden in January 2021.

Daniel Schelling, a geologist and campaigner for Save Our Canyons, explained the background for the conservation objective.

“Scientific research and data analysis indicate that we are facing catastrophic consequences from human-caused climate change and specifically global warming, as evidenced by increasingly intense wildfires and extreme weather events,” Schelling said. “Along with climate change, habitat loss and pollution are fueling an ongoing extinction crisis. We’re losing species at an alarming rate across the globe.”

Setting aside habitat and preserving the landscape in its natural state are key to mitigating the long-term threats facing Utah and the world, Schelling said.

Isabel Adler, public lands program director with Conserve Southwest Utah, said the St. George-based nonprofit joined the coalition because Washington County is uniquely positioned to contribute to the efforts of the 30×30 project.

“Washington County is rapidly expanding, and we want to ensure the survival of local species while preserving the landscape for the benefit of present and future generations,” Adler said. “Public lands in our area are critical for ensuring the survival of threatened species such as the Mojave Desert Tortoise, as well as species native only to this area like the bearclaw poppy.”

As part of local efforts to achieve the 2030 goal, Adler said her organization remains opposed to the Northern Corridor highway project and seeks to retain protections for regional conservation areas.

The Utah coalition joins five other state-level collaborations based on preserving lands in Colorado, California, New Mexico, Arizona and Nevada. Deeda Seed, senior Utah campaigner for the Center for Biological Diversity, said Western states are leading the charge for a number of reasons.

“One reason is that we are the place in the nation that has the largest amounts of public land,” Seed said. “The effects of climate change are really being felt in the West in a very immediate way. I mean, you can all remember last summer when we could barely breathe because of the smoke coming from wildfires.”

Even by the standards of Western states, Utah is an outlier when it comes to public lands. The Beehive State ranks third in the nation for public land (as a percent of total area), with approximately 73% of Utah’s 54 million acres managed by state and federal agencies.

Though public lands encompass more than twice the area sought by the coalition, the current use/management of the vast majority of that land does not meet the highest standards established by the U.S. Geological Survey.

“Essentially wilderness areas are the gold standard for protection,” Seed said. “They’re something called GAP 1 … and then GAP 2 … is almost as much protection as a wilderness area, but not quite. What we found from the analysis is that about 12-13% of Utah falls into those top two categories, so we’re working to get that other 17% protected by 2030.”

The USGS designates areas as GAP 1 or GAP 2 if they’re primarily managed for biodiversity, with permanent protection and a management plan focused on maintaining a natural state with little to no use allowed.

GAP 3 includes most of Utah’s public lands, meaning they’re open to grazing and multiple-use, Seed said. GAP 4 is land that is already developed.

While some organizations involved in the coalition represented specific regions – like the Southern Utah Wilderness Alliance – or cultural and religious groups – like the Utah Dine Bikeyah or Mormon Environmental Stewardship Alliance – several areas were highlighted by representatives and public input as key habitats to set aside or to grant increased protection.

The health and future of Utah’s river corridors and watersheds were of the highest priority, followed closely by the conservation of the Great Salt Lake and its surrounding area, Utah’s national forests and then Utah’s red rock wilderness.

These focus areas were confirmed as public priorities in an ongoing survey conducted by the coalition. Seed shared the preliminary results in the press conference, in which over 92% of the 1,129 responders indicated that they would like to see more natural areas in Utah’s future.

As far as protections go, survey respondents favored protected areas and corridors for wildlife as well as wilderness areas and wild rivers over national monuments and state parks, although every type of protection listed had majority support.

“Urgent action is required, and based on the results of our survey Utahns are ready to step up,” Seed said. “Our next step is to put together some very specific proposals for the White House with regard to how public lands in Utah can be protected. We’re really interested in seeing which places matter most to Utahns, but the next step is really getting down to the details.”

Utah residents can still offer their thoughts and share their priorities in the survey, as well as find more information about Utah 30×30 and its goals on the coalition’s website. 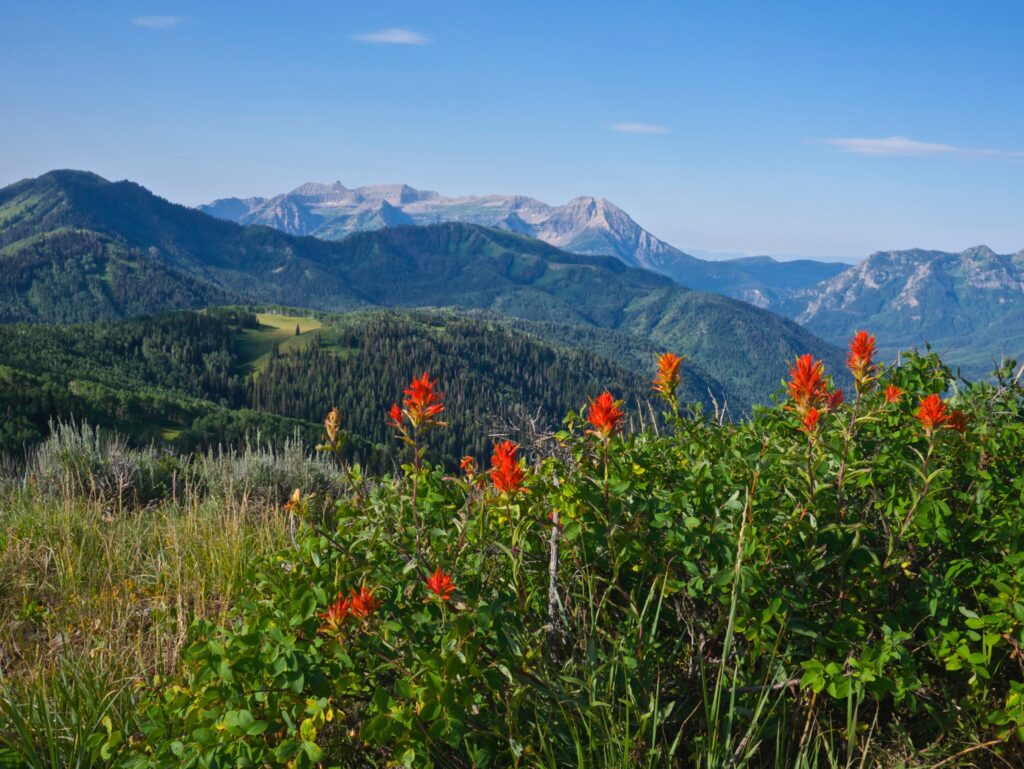 Conservation groups are hoping to set aside land across all of Utah's diverse landscape: from alpine meadows to desert lowlands, location unspecified, Aug. 1, 2014 | Photo courtesy of Save Our Canyons, St. George News 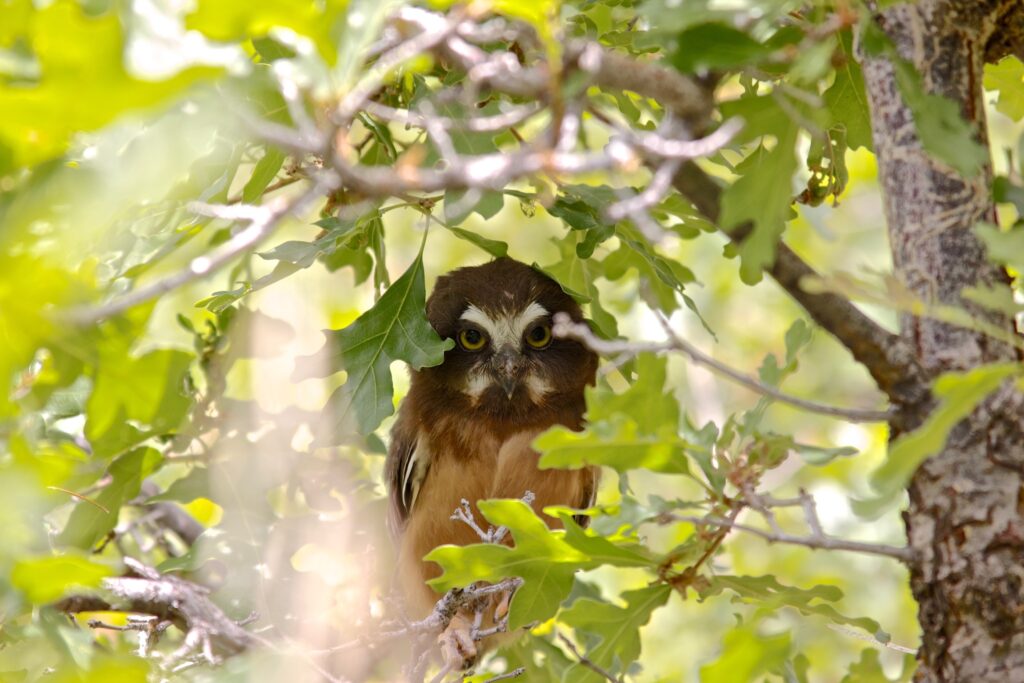 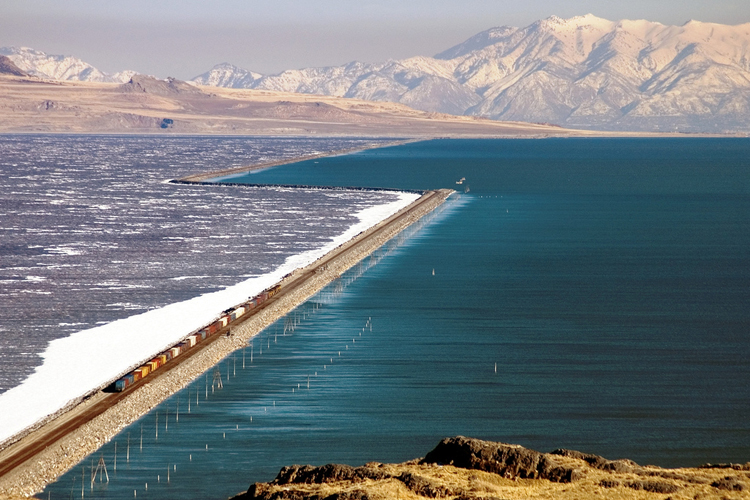 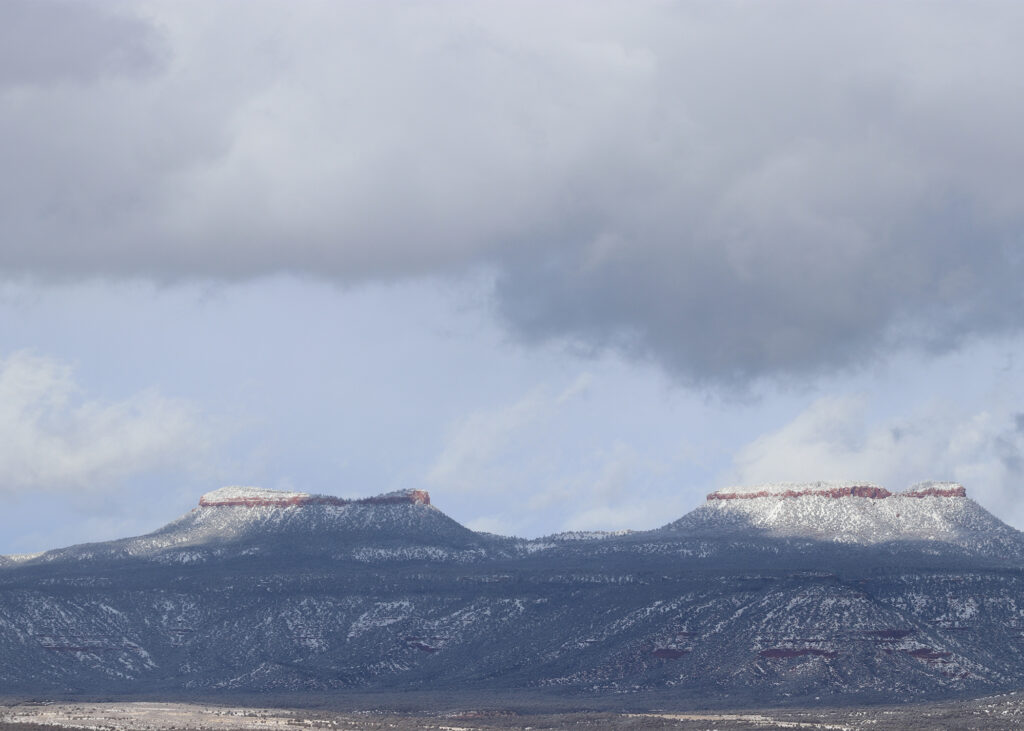 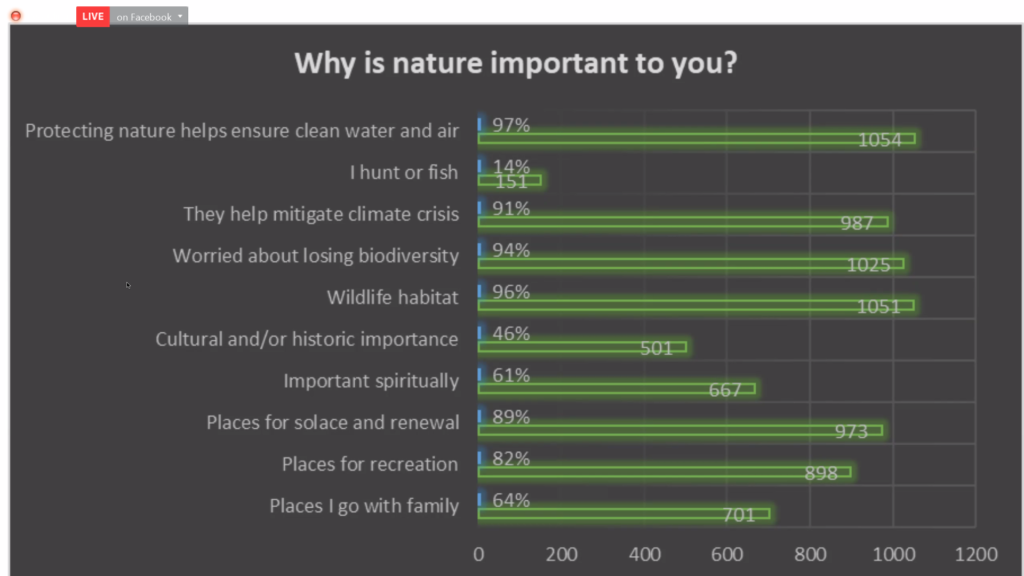 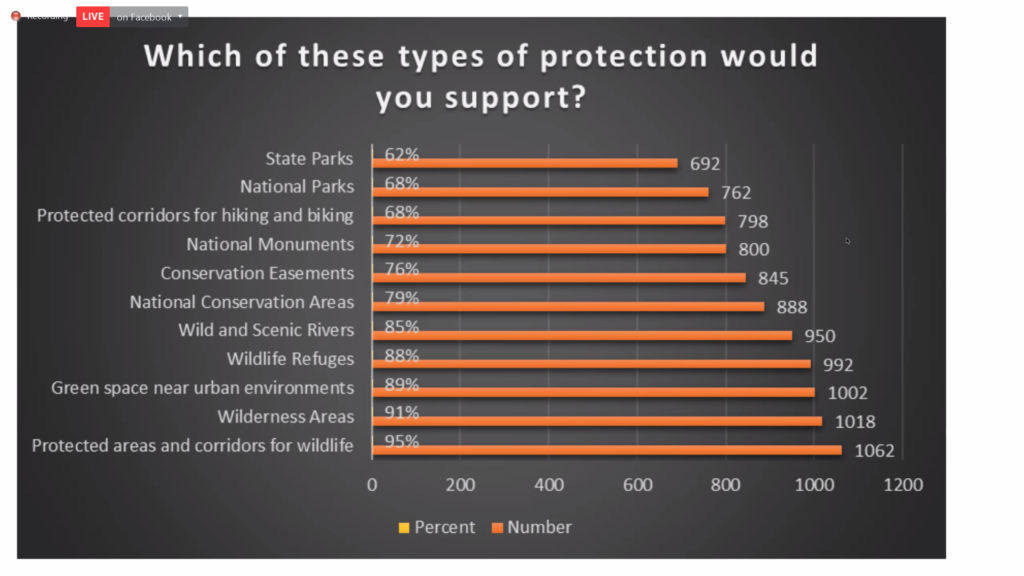 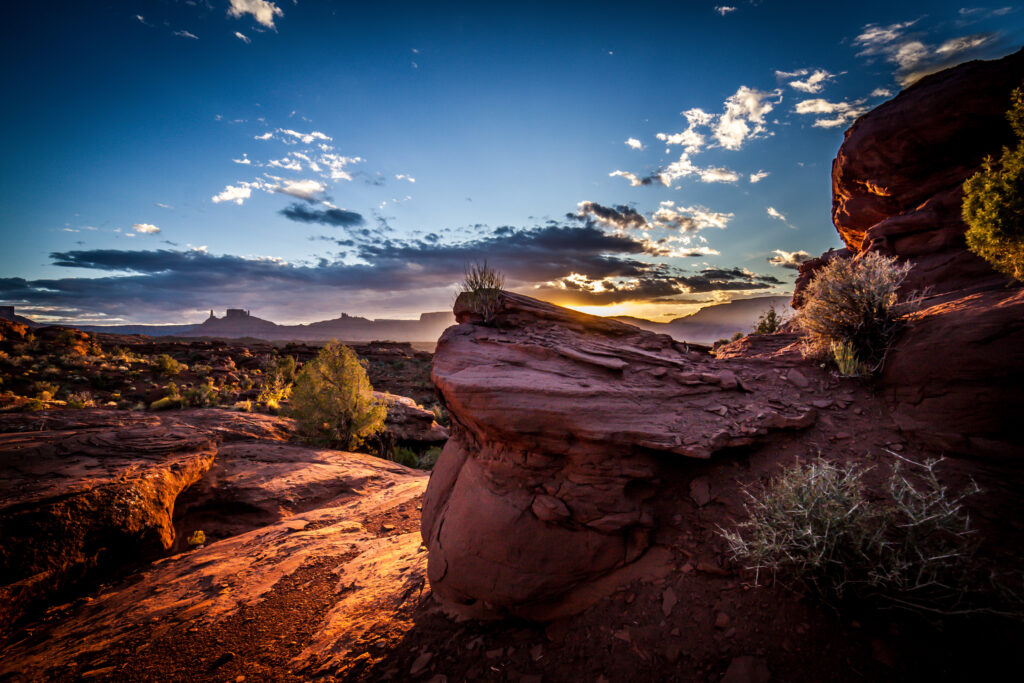 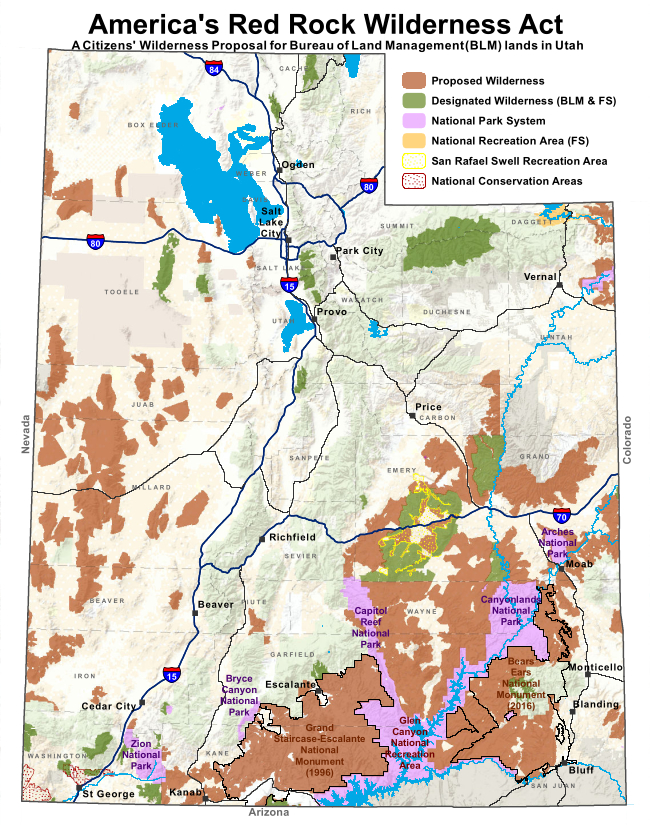 Some 30x30 coalition members advocated for the passage of America's Red Rock Wilderness Act, which would set aside 9 million acres of public land in Utah as federally-designated wilderness | Image courtesy of the Southern Utah Wilderness Alliance, St. George News 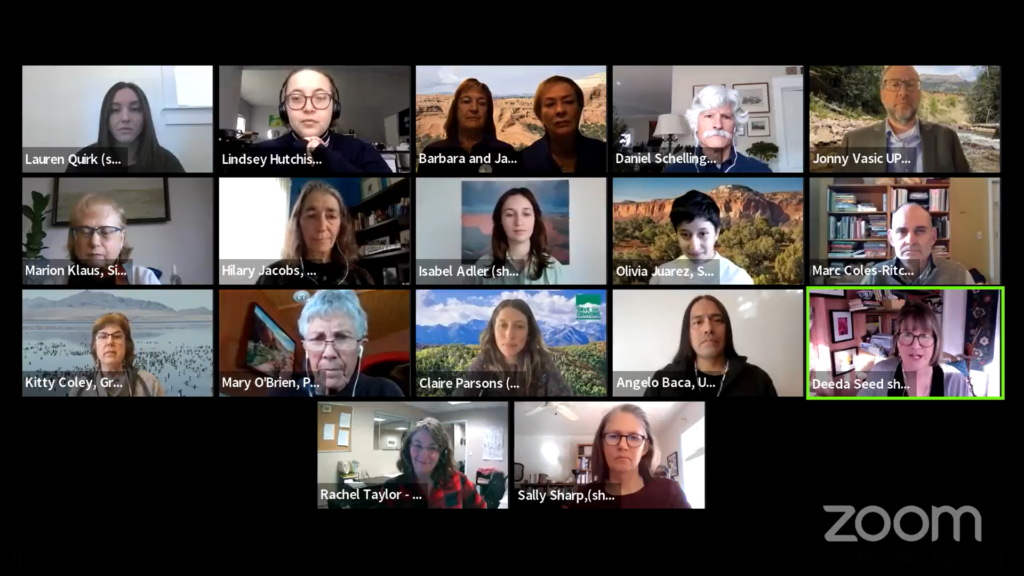 Recreation 101: What does it mean to 'Leave no trace', 'Plan like a Park Ranger' and 'Tread lightly?'

Conservationists see 2022 as critical year for initiative to protect 30% of Earth's oceans, land