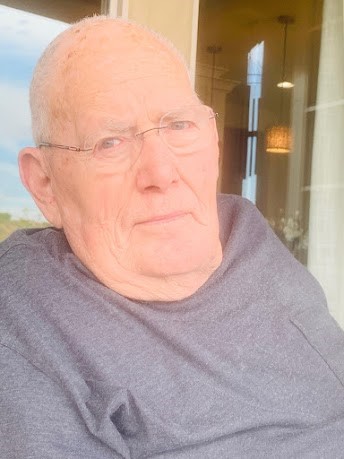 Verd Jene Erickson, DDS, age 85, passed away on Saturday, Jan. 8, 2022, in his home in Santa Clara, Utah. His death was an unexpected expectation.

Verd was raised in Afton, Wyoming, alongside his siblings Ted, Kent, Wayne, Marilyn, Lorna and Shannon. He learned to work early and hard on his father’s dairy farm. He loved Star Valley but saw no future there for him. After a brief stint at the Ricks College in Rexburg, Idaho, he decided he wanted to see more of the world and became a long-haul truck driver.

He drove for several years and one day at a stoplight in front of the BYU campus decided he would become a dentist. He promptly signed up for his dental prerequisites at the University of Utah where he had a double major, one in chemistry and the other, zoology.

Verd attended Loyola University, Chicago College of Dental Surgery in Illinois. His brothers Kent and Wayne started attending Loyola one and two years after he began his studies there. This made for great discussion and much laughter at reunions, as they rehashed their dental school days. Verd graduated from Loyola University with a degree of Doctor of Dental Surgery in June of 1971 and chose Riverton, Wyoming, to start his practice.

From this beautiful spot at the base of the Wind River Mountain Range, Verd raised his children to hike, backpack, hunt, shoot, 4-wheel and swim. He shared with his daughters a great love of horses. Verd took up flying and soon purchased a beautiful Bellanca Airplane, fondly referred to by the family as “Romeo.”

From the cockpit of Romeo, he was able to enjoy his passion for the blue sky of the day and the star-lit sky of the night. Verd also had a passion for motorcycles in his youth.  He was able to start doing more serious riding in the mid-1980s. He became an endurance rider and participated several years in the Utah 1088, a 24-hour ride. In 1993 rode the Iron Butt, an eleven-day, 11,000-mile endurance ride where he finished 15th out of 41 entries.

In his late-mid life, he was blessed with beautiful grandchildren that he loved and adored. He didn’t know how to “play,” but he tried hard to be a strong and gentle influence in their lives. He always wanted to be a “younger” grandpa and to be able to have shared memories with these beautiful and adorable people.

Verd retired from dentistry in 2016 in St. George, Utah, when he became ill. He loved dentistry and had spent almost every Friday for 30 years helping other people at the Doctors Volunteer Clinic and the Doctors Free Clinic here in St. George.

Verd is survived by his wife, Terry, and his children, Mark, Douglas, Michelle Lynn, Brian and Monica and grandchildren. He preceded his siblings in death. His daughter, Laurel and his parents were waiting to greet him. Verd asked to be cremated and his remains will be kept with his wife, Terry.

Verd was not a person who enjoyed formal gatherings, preferring small groups of friends and family gathered around a meal. Because of this we are holding a Celebration of Verd’s Life in lieu of a funeral.  The Celebration will be held in the Church of Jesus Christ of Latter-day Saints, Santa Clara Meeting House at 3040 Santa Clara Drive, Santa Clara, Utah, at 11 a.m. on Saturday, Jan. 15. Come as you are.

Arrangements are made under the direction of Spilsbury Mortuary, 110 S Bluff Street, St. George, Utah, 435-673-2454. Family and friends are invited to sign Verd’s online guest book at www.spilsburymortuary.com