Swimmers take off at the start of the final heat of the boys 100 fly at the Red Rock Invitational, Washington City, Utah, Jan. 8, 2022 | Photo courtesy of Jason Walker, St. George News

ST. GEORGE — Six of Region 10’s swim teams were among the dozen high schools that participated in the Red Rock Invitational meet Friday and Saturday at the Washington City Community Center.

Snow Canyon senior Kylie Barber won the girls 200 free in a time of 2:01.90. Cedar High teammates Aspen Simper and Olivia Price finished a respective third and fifth in that same race. Barber also won the 100 free in a time of 56.42 seconds, narrowly edging Meg Harris of Wasatch, who finished in 56.62.

Cedar High had three of the top five finishers in the girls 50 free, including senior Hannah Edwards, who won the race in a time of 26.73 seconds. Her teammates Sydney Selinger and Abigail Stratton placed fourth and fifth, respectively, while Crimson Cliffs freshman Peyton Perry took third overall in a race that featured exactly 100 competitors. Perry also ended up placing fifth in the 100 free.

Finishing behind Pine View’s Rom in the 100 breast was second-place finisher Hailee Phillips of Snow Canyon, who clocked in at 1:15.00. Also in that event, Lucy Andelin of Desert Hills took third and Paloma Manriquez of Crimson Cliffs finished fifth.

In relay events, Snow Canyon won the girls 200 medley relay and placed second in the 400 free relay, while the Desert Hills girls took second to Wasatch in the 200 free relay.

In boys’ events, Crimson Cliffs sophomore Josh Walker won the boys 200 free in a time of 1:50.73. Damon Erickson of Dixie placed second and Dallas Schimbeck of Desert Hills finished fourth. Walker also won the 100 free with a time of 49.93.

The boys 200-yard individual medley was a thrilling matchup, with Cedar’s Tobler Dotson winning the race in 2:01.20 and edging Canyon View’s Max Cannon, who finished second with a time of 2:02.74. Rounding out the top five in that event were, in order, Troy Eggers of Desert Hills, Tanner Dodds of Cedar and Andrew Carlisle of Dixie.

Cannon won his other individual event, taking first in the 100-yard butterfly with a time of 55.70. Robert Gonzales of Beaver took second with a time of 56.99. Rounding out the top five in the 100 fly were, in order, Kade Bethers of Desert Hills, Daxton Green of Snow Canyon and Fox Challis of Crimson Cliffs.

Teammates Jacob Grimshaw and Ryen Bailey of Canyon View were the top Southern Utah finishers in the boys 50 free, placing third and fourth, respectively, with times of 23.42 and 23.46.

Grimshaw also finished second to Walker in the 100 free, with Bailey taking fourth in that race and Crimson’s Bronson Plumb placing fifth.

Cedar High sophomore Ashten Krans placed second in the 500 free with a time of 5:13.43. Korbin Schimbeck of Desert Hills placed fourth in that same event, while Zachary Linton of Snow Canyon took fifth.

Cedar’s Dotson placed second in the 100 breast with a time of 1:00.18. Snow Canyon teammates Chandler Wambach and Tanner Losee finished a respective third and fifth in that race.

Additionally, Cedar won the boys 200 medley relay, while Crimson Cliffs won both the 200 and 400 free relays. 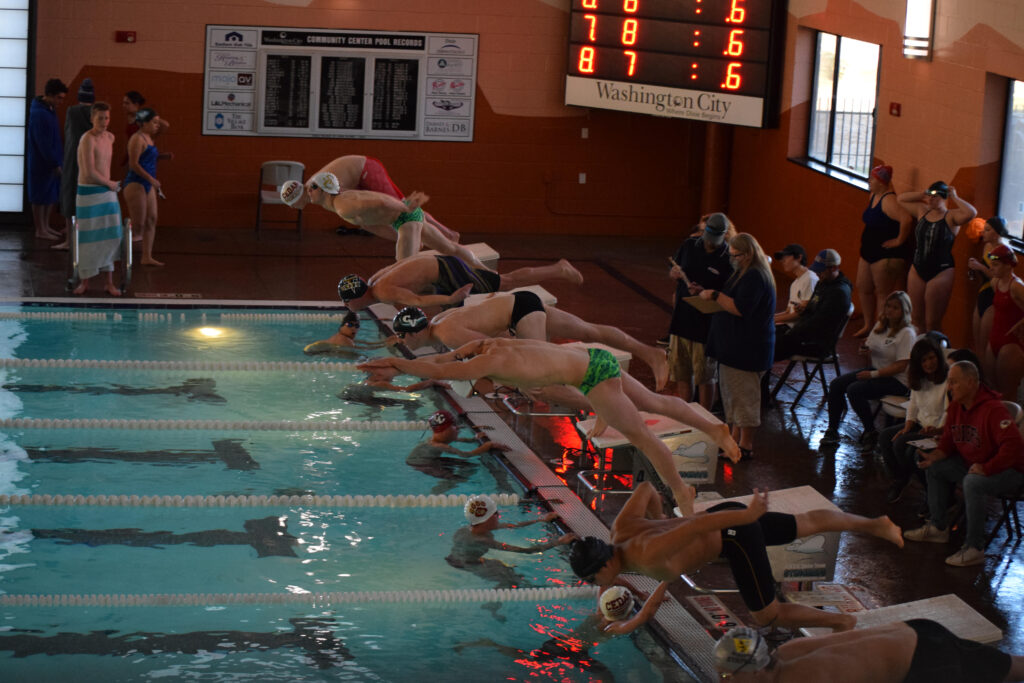 Swimmers take off at the start of the final heat of the boys 100 fly at the Red Rock Invitational, Washington City, Utah, Jan. 8, 2022 | Photo courtesy of Jason Walker, St. George News 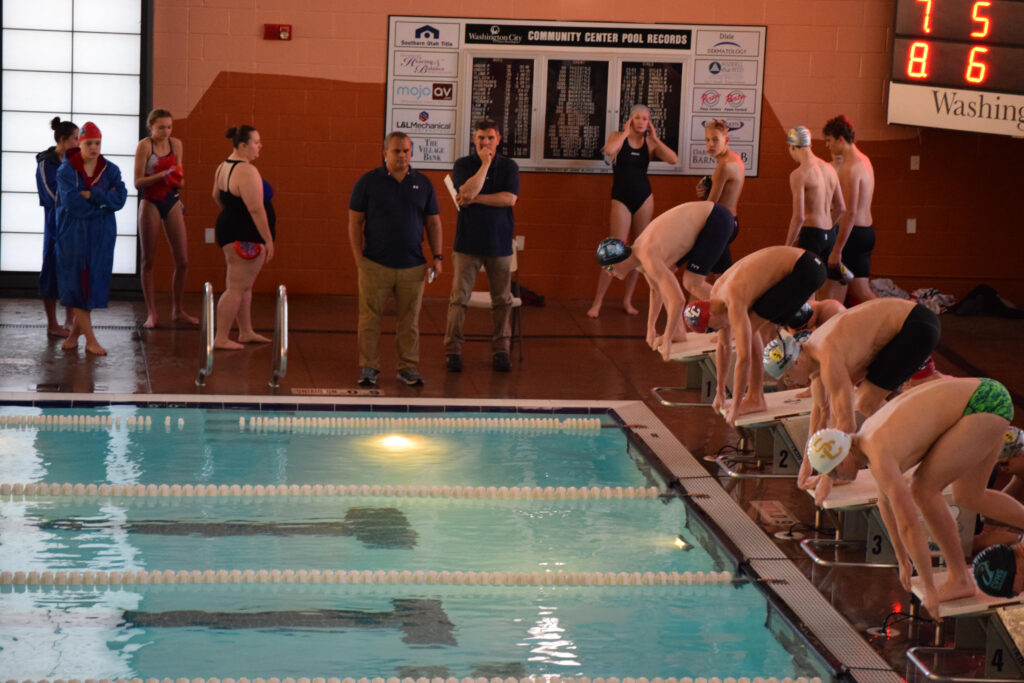 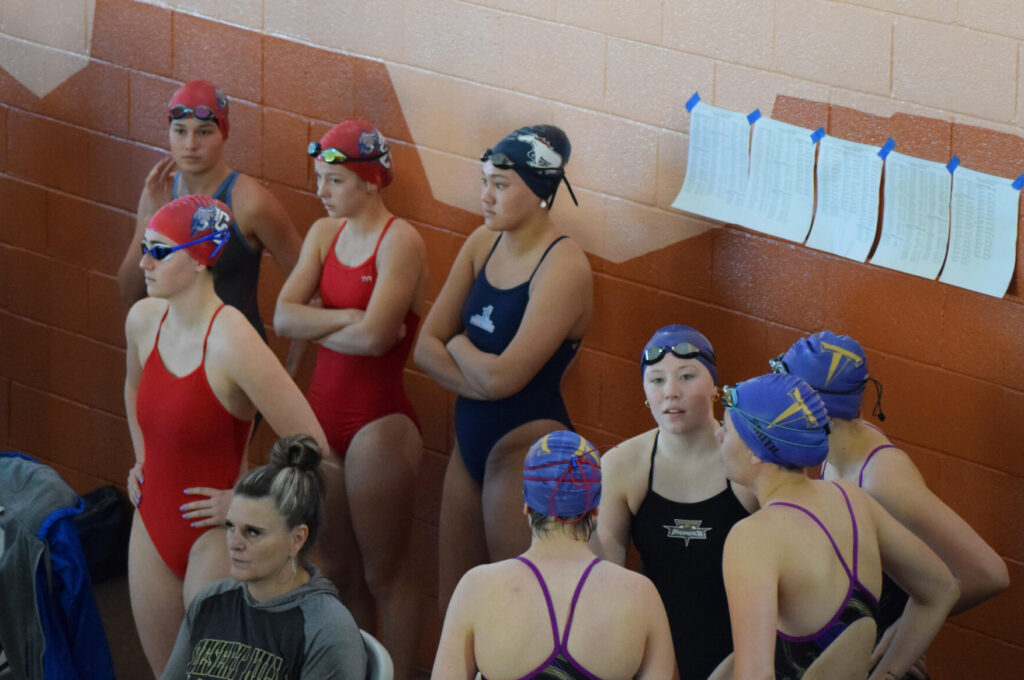 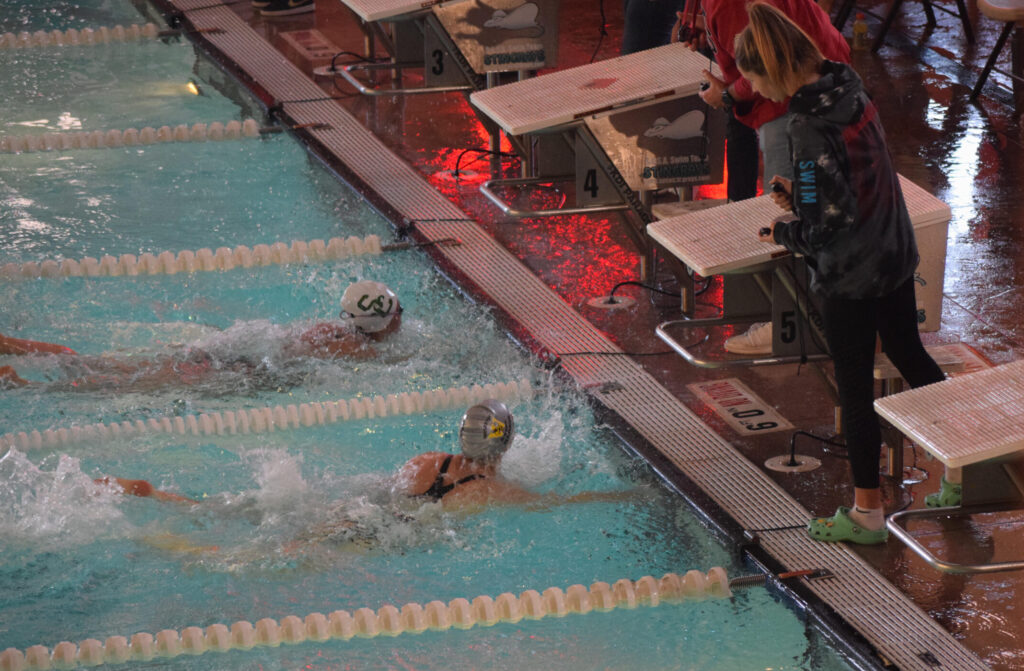 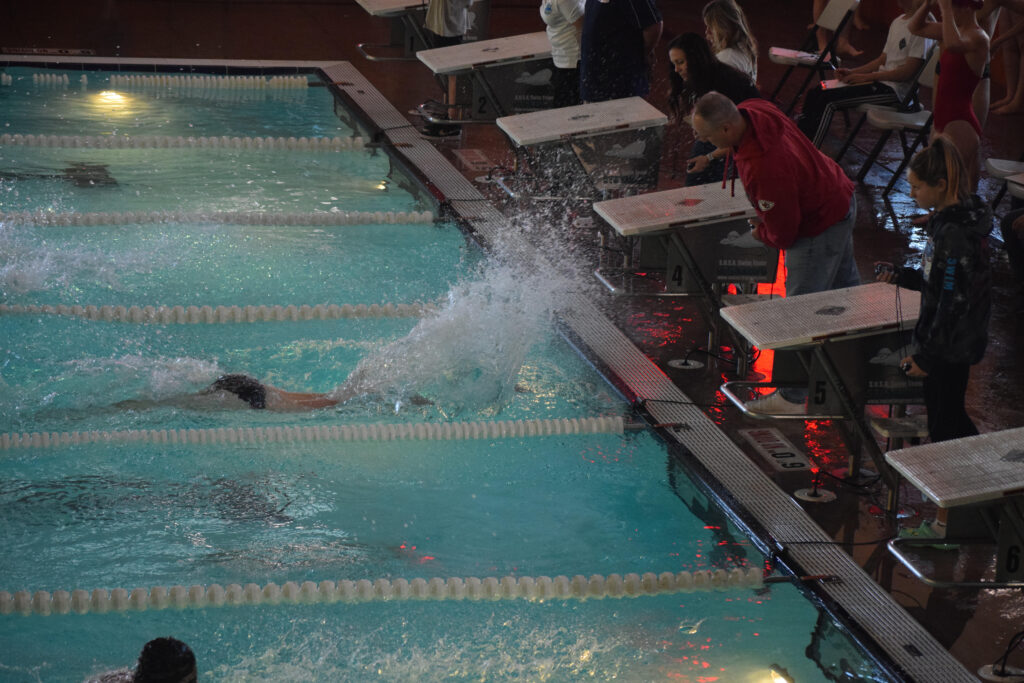 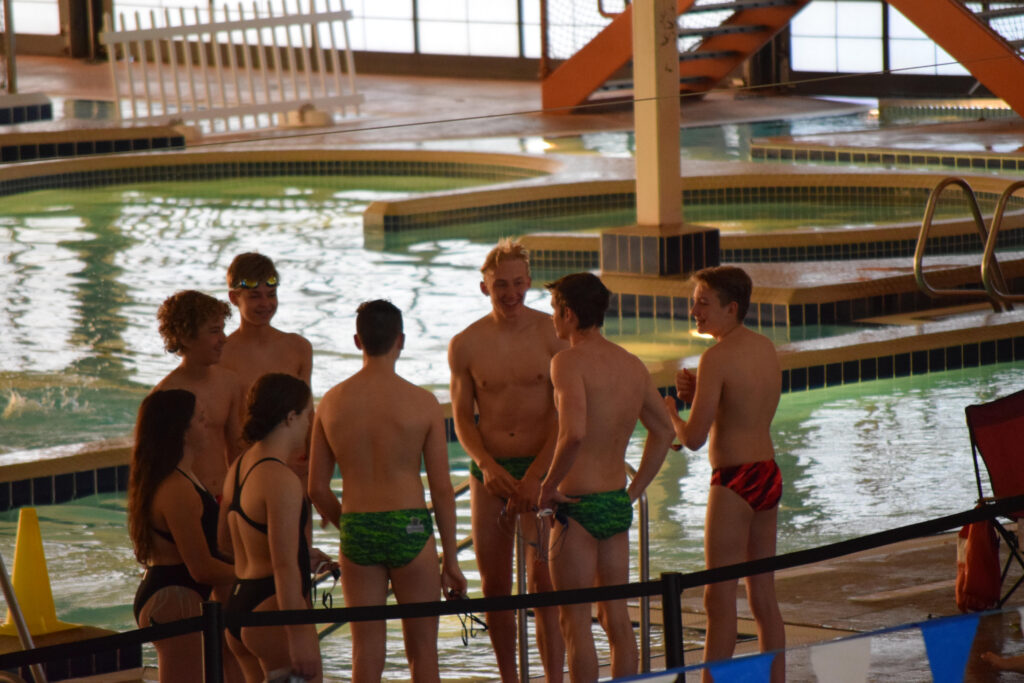