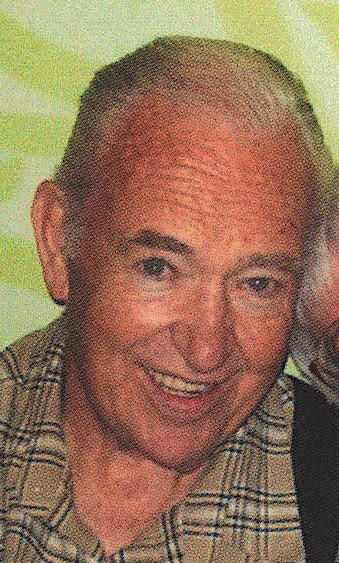 On Nov. 19, 2021, Samuel Robin Hales passed away peacefully in his home surrounded by family and love.

Samuel (Sam) Robin Hales was born on Aug. 2, 1939, in Desert Utah to Samuel Henry Hales and Annie Emily Galloway in the family home going back to his Grandfather Albert Hales. He was the oldest of five children, the next was Lonnie B, then Susan Elizabeth, Walter John and the youngest Ladd. In his youth, Sam took on an unusual amount of responsibility for his age as his father (Samuel Henry) suffered a serious injury when he was 18 and never fully regained his strength. When kids his age were normally starting Kindergarten, he was responsible for herding the sheep to graze the farm from early morning until he heard the school bus coming which was his indication to head home. As he got older, he took on the job caring for the horses (Dick & Dean) and working with them to plow the fields in preparation for crops. If he did not get the rows straight his dad would have him, “do it again”. In this, he learned to work hard and aim for perfection.

Sam enjoyed many activities in his youth. Living on the farm he grew to have a knack with animals as did his father. In Jr. & Sr. Highschool, he participated in 4H with many show animals and would travel to Spanish Fork for competitions. He had fond memories of hunting and fishing with his Uncle Burt. Sam loved to get together and play games with his brothers, neighbors and cousins and had fond memories of playing miniature golf on the course they created themselves. Above all else, sports were his favorite activity that played to his competitive nature that all the Hales boys were known for with softball, basketball, football and track being his favorites.

For the Hales farm boys one could only imagine that the games could get rough, and injuries were common place. The unwritten law of the Hales farm was to just brush off injuries – no complaining. Sam’s kids theorize that this is where the term “walk it off” came from as this was the common phrase Papa Sam would use on them when they too became recipients of “rough play”. While at times they thought he was a little crazy as the injuries could be quite severe, they could not help but find his will to ignore these battle wounds endearing. Walk it off became an inside family joke used to this day.

Sam attended Hinkley grade school and graduated from Delta High school where he was a good student and highly involved in sports. Upon graduation Sam attended Utah State where he excelled in math. His roommates where friends from Delta; Lawn, Elwin and “Bish”. At this time in his life, Sam started to diversify and found his interest turned towards dating. On one occasion Bish was struggling to find a date and Sam made him a bet that he could get him one. Being bold, they consulted the student directory and selected the first name they came upon which happened to be Carolynn Cordon. Bish took the initiative to call Carolyn and Sam heard another voice in the background and saw the opportunity to win 2 dates instead of 1, and so the flirting ensued. As Carolyn & Patricia vetted these unknown men, they discovered a mutual friend among them who was willing to vouch for them and so secured the double date that ultimately led to the union between Sam Hales & Patricia (Pat) Cordon.

At the end of the school year (1959) Sam left to serve a mission is South Australia, while Patricia finished high school and her first year of college. They remained in close contact during his mission and upon his return, Sam continued his education at Utah State where he and Patricia continued to date. Shortly after his return, Sam was drafted into the army to support the Vietnam War and he and Pat were married. Sam left shortly after for basic training in Fort Benning Georgia and Patricia joined him at Fort Sherman Illinois where he served as military police for 2 years. He returned to Utah State and graduated and received his CPA certification.

Sam and Pat would go on to build a family of 6 that were spread out over a 16-year period. Their first two, Gary & Vicky, were born in Logan while Sam was finishing his service and completing his degree. After graduation, they moved to Salt Lake where Sam began to work as a CPA for Caudwell Neilsen & Campbell and then to Nebraska where he went to work for the Norton Brothers, while there, they added their 3rd child Stephen to the family. They relocated back to Salt Lake City around 1968 where the 4th child Kevin was born. They moved to Orem, where Sam found his entrepreneurial side and struck out to run his own business out of Orem producing onyx marble tub surrounds and counter tops. He then went on to start a trucking company, Transport Expediters, that hauled steel for Geneva Steel. During this time, they rounded out the family with the last two children Ryan & Lisa. In 1984 Sam moved the family to St. George to work for Andrus trucking as a dispatcher, accountant, and troubleshooter. This ultimately became his forever career as he dedicated his last 28 years there and retired at the age of 73.

He shared many activities with family that made life fun and enjoyable. There were many camping trips and hiking, not to mention the trips to the Golden Apple and Vegas buffets. His love of card/ board games and puzzles spread to his family. He loved to engage with the kids in outdoor sports like the traditional thanksgiving football or coaching his youngest daughters’ sports teams. Story telling was one of Sam’s specialties. There were many fun stories about his childhood and recounting experiences he shared with his kids which brought joy and bonding to many over the years. A family favorite was when his mother was being chased by the cow around the Jeep on the farm.

Sam was married to Patricia for 59 years and was blessed with 14 grandchildren and one great grandchild.

Sam enjoyed many hobbies throughout his life. He was a master gardener and every home he lived in had a garden. He was a numismatist, collected baseball cards, adored John Wayne movies and of course watching football.

Sam served in many church callings through the years, including primary teacher, Sunday school teacher, in elder quorum presidencies, Sunday school presidencies, young men presidencies, ward missionary, ward mission leader, and a two-year mission with his wife at the family history center. He had a deep testimony of the gospel of Jesus Christ and the doctrine of the Church of Jesus Christ of Latter-Day Saints. He loves his Heavenly Father and his Savior in whom he has complete faith. The atonement is active in his life as he now continues on. Death held no fear for him, he was at peace as he passed from this life to the next, his last audible words were to his wife of his deep and abiding love as were hers to him. The love that had grown so strong between them through the years had also grown for his children He was not a man of many words, but they were always important, and heart felt when said.

Condolences may be shared at mcmillanmortuary.com.