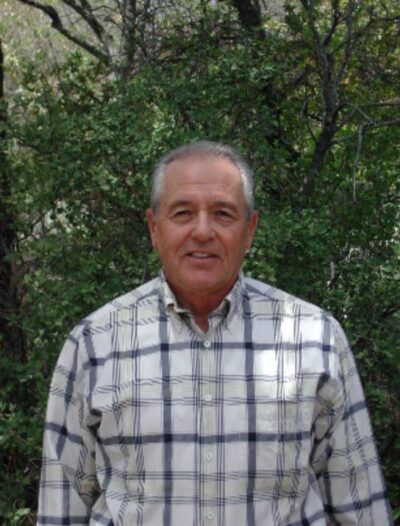 Franklin Daniel Stobbe, 88, lived a full, adventurous, wonderful life and was richly blessed all his days until his peaceful passing on Thursday, Oct. 14, 2021. He was born in Detroit, Michigan, on July 26, 1933, to Julia Dorothy Pluta and Roman Daniel Stobbe. He was married to Rina Victoria McKay on June 23, 1955, in California, and later sealed in the Mesa, Arizona Temple.

He was raised in Milwaukee, Wisconsin. Following high school, he joined the Air Force and later started working for the Federal Aviation Administration. He worked for the FAA and was assigned to Alabama, Oklahoma, Arizona, Hawaii, Guam, Colorado, and Utah, where he started his business, Cedar Tennis in Cedar City, Utah.

From there, he “retired” from the FAA and became a Tennis Pro for Peter Burwash International, training in Texas and then teaching at the Bangkok Hilton in Thailand. He then sold timeshares with his son Scot in Kauai, Hawaii. His last career was in desktop publishing where he owned his own business, Laser Design Studio in Carlsbad, California.

He officially retired with his wife to Ivins in 2006. His hobbies included basketball, golf, tennis, photography, computers, traveling, and being outdoors. He loved learning, any jokes, puns, wordplay, card and board games and doing puzzles. He gave many years of service to his church callings, including a local service mission at the Tabernacle in St. George, Utah.

Frank was preceded in death by his parents Julia Pluta and Roman Stobbe, his brothers Clary and Alvin, and his sister Dorothy.

A graveside service will be held this week but will be kept to family only, per his request.

Arrangements are made under the direction of Spilsbury Mortuary, 110 S. Bluff Street, St. George, Utah. 435-673-2454. Family and friends are invited to sign Franklin’s online guest book at www.spilsburymortuary.com