ST. GEORGE — Fifteen minutes after returning home from church and leaving on a quick errand, Michael Nebeker got a call from one of his daughters telling him their basement was flooding.

By the time he got back to his house around 1:30 p.m. on Sunday, the driveway was filling with water and mud as a small river had erupted from cracks in the neighborhood’s frontage road.

Nebeker said it quickly became apparent that a water main had burst just in front of the property, oddly reminiscent of an incident from days earlier.

“On Tuesday, we had a break in the service main coming into our house,” Nebeker said. “Then this happened on Sunday, so obviously my first thought was, ‘Is it related? Did they make it worse? Did they maybe not fix it properly?’ But the amount of water coming out of that was just way more than I’ve ever seen.”

Other residents in the Bloomington Hills neighborhood noticed their water wasn’t working and began flocking to the Nebeker home. Emergency services were contacted, and the city of St. George shut off the pipeline and dispatched repair crews to fix the 8-inch waterline.

“The first person that got here was a city guy, and he pulled his truck up right in front of the house,” Nebeker said. “Immediately we could see the street starting to buckle, so we were telling him to get back and leave. We were afraid the street was going to collapse.”

“There are a lot of factors that contribute to a pipeline failure,” Cordero said. “Installation, soil type, pipeline material, pressure and age are all factors that affect the pipeline structure. Age is not the only factor to consider, (but) this pipeline is about 50 years old, so age could likely have contributed to its breaking.”

As city workers began excavating the water main, the Nebeker family went to work clearing out their waterlogged basement with the help of Servpro St. George technicians.

Technicians set about tearing out carpet, pumping out as much water as possible and moving furniture to assess the structural damage. They worked into the evening and past 7:30 p.m.

“In all the years I’ve been doing this, I’ve seen a lot of pipe breaks but nothing this severe,” Servpro Project Manager Karsten Jennings said. “This is definitely catastrophic. I’ve been all over to hundreds and hundreds of projects, and I’ve never seen anything like this. And as far as water mains, this was kind of a worst case scenario with the way the driveway is sloped.”

Jennings said damage and many unsalvageable belongings would likely be covered by insurance, noting that the total cost for this particular incident could range anywhere from $50,000–$85,000, depending on the extent of the water damage to the structure.

To Tammy Nebeker, though, some of the things lost or damaged had more than monetary value.

“Everything sentimental that we own was downstairs, so it’s pretty hard,” she said. “Because we just moved in in July, we haven’t really fully unpacked. Our garage and our office space was still boxed up, and that’s where all my stuff was – including my wedding dress.”

The Nebekers were renting the home, and said they were grateful for their renter’s insurance and the efforts of the Servpro technicians and city workers. 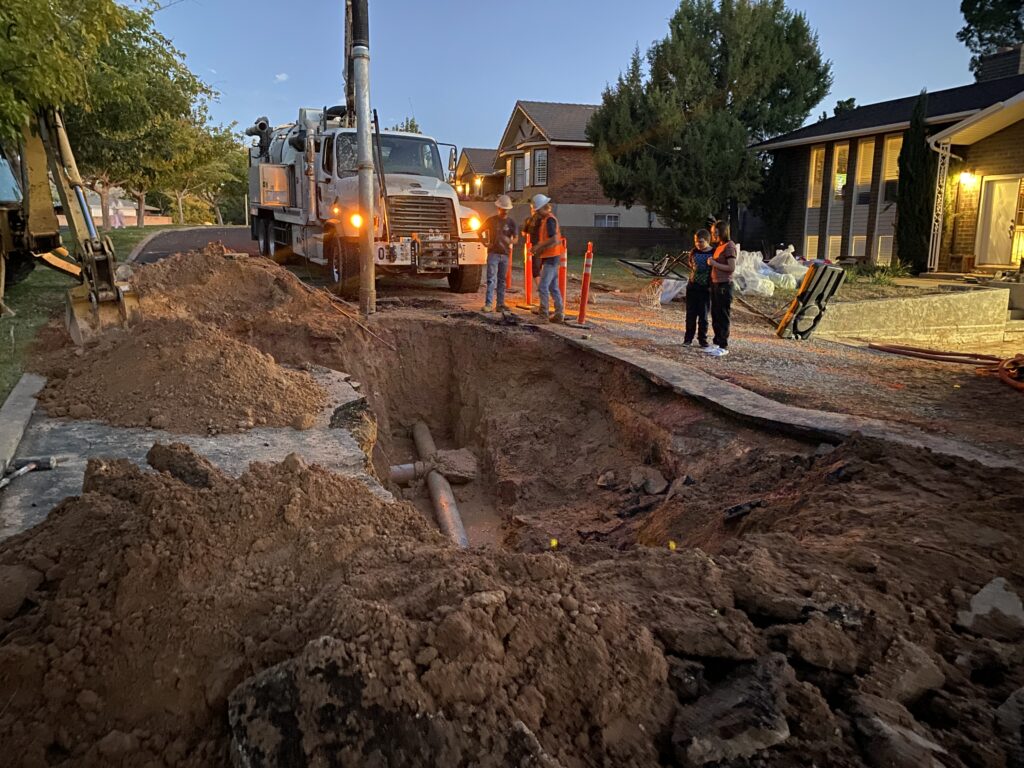 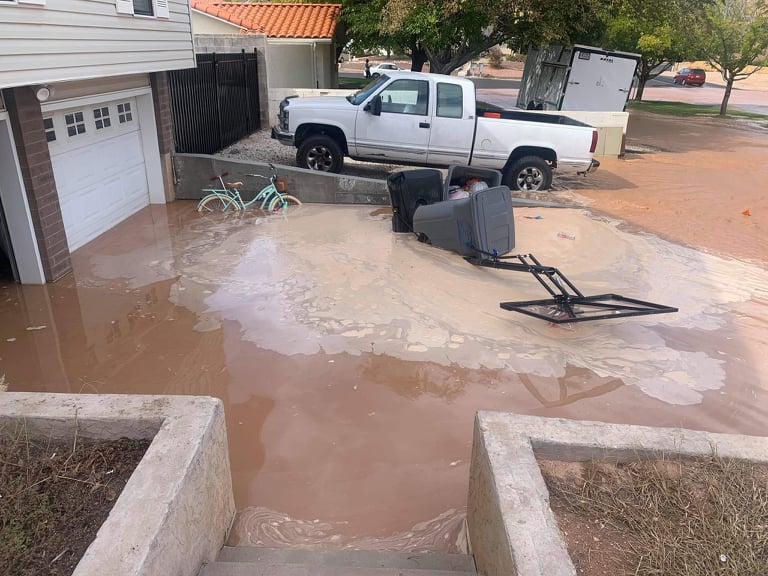 Before the water was shut off and clean-up began, the driveway and garage were filled with few feet of muddy water, St. George, Utah, Oct. 17, 2021 | Photo courtesy of Michael Nebeker, St. George News 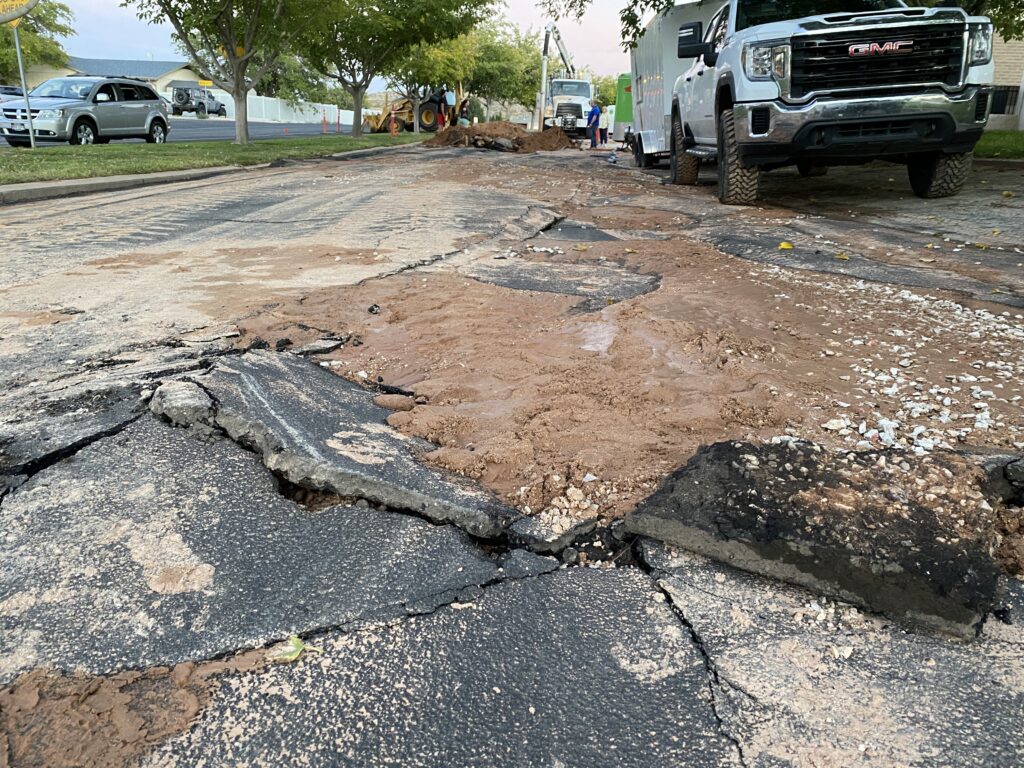 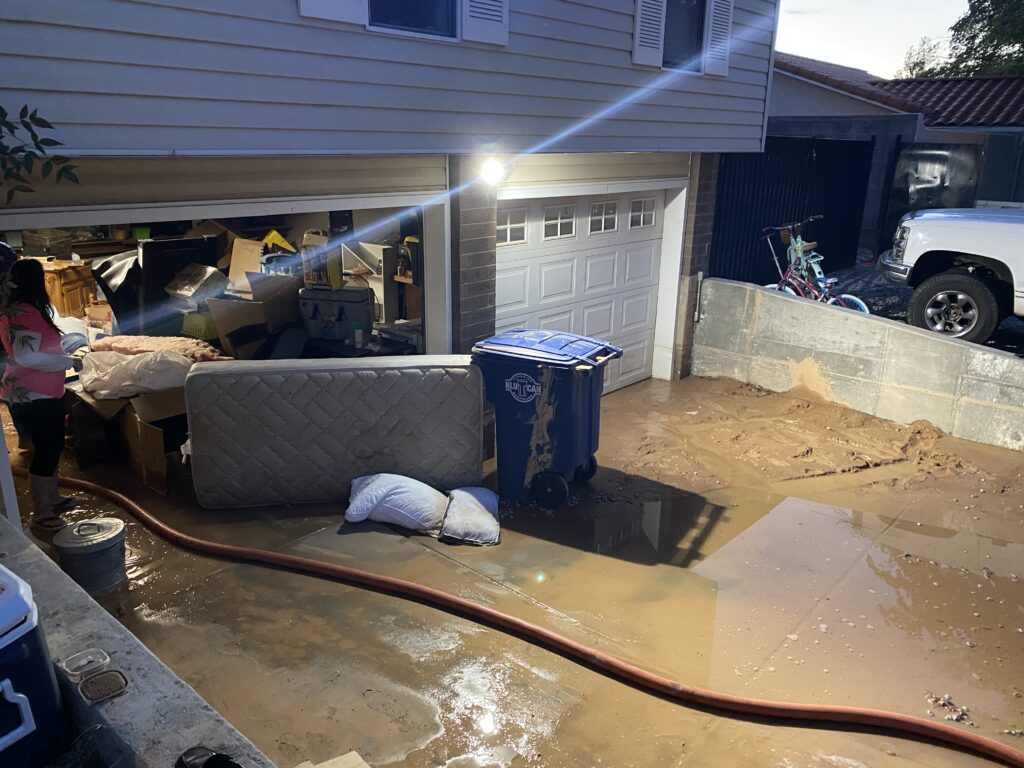 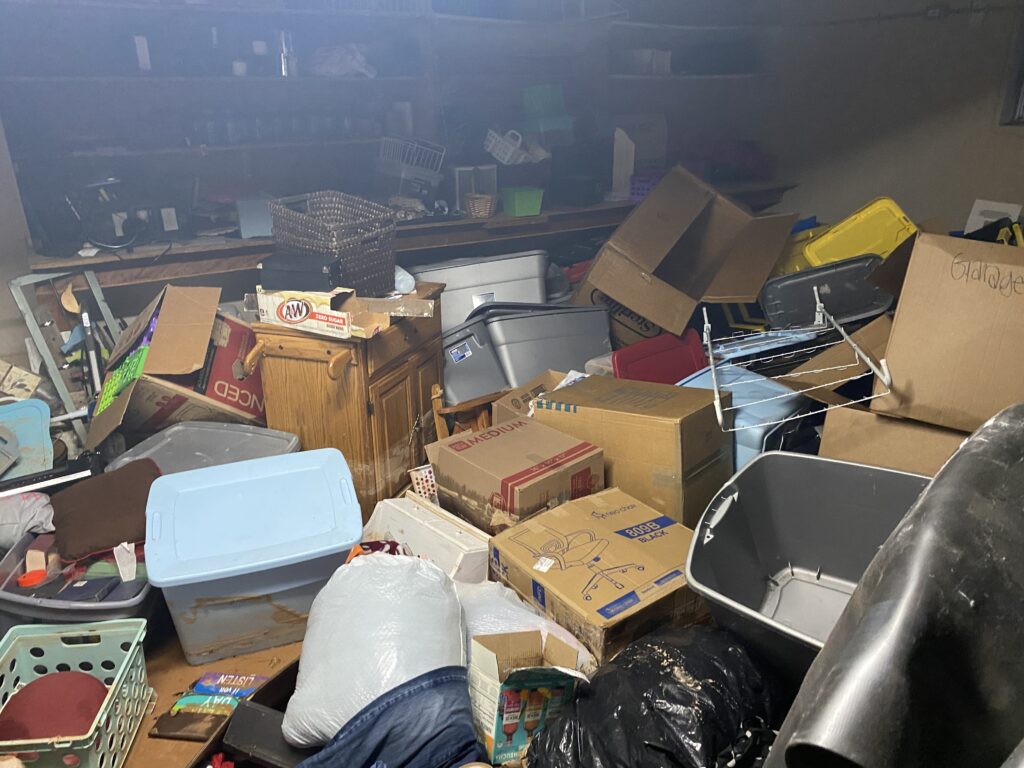 Resident Michael Nebeker said the boxes and other belongings stored in the garage were floating atop feet of water at the height of the incident, St. George, Utah, Oct. 17, 2021 | Photo by Ammon Teare, St. George News 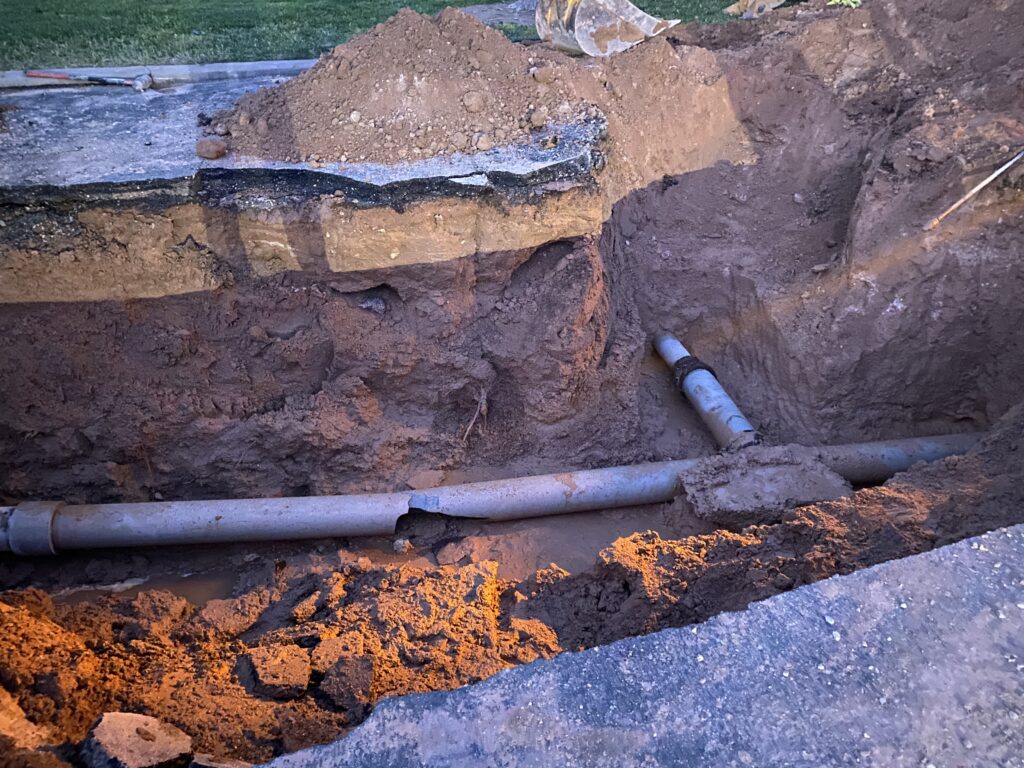 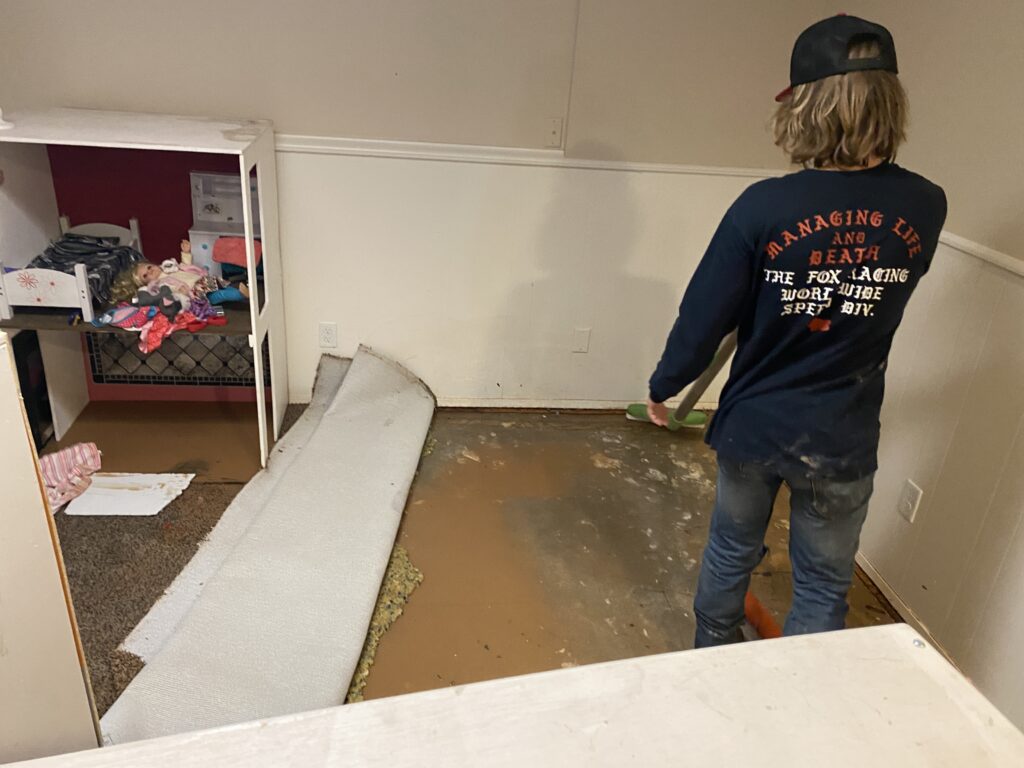