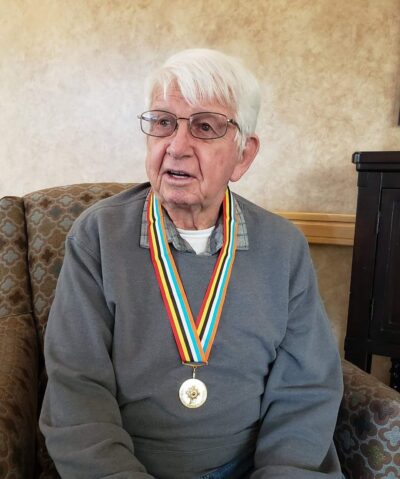 Ski proudly served his country in the United States Marine Corps for more than 30 years. He saw active duty in both the Korean and Vietnam Wars. In 1950, he was awarded a Silver Star for his heroic actions in Korea. Ski was a devoted husband, father, and grandfather who enjoyed spending time with his family. He was funny and outgoing, making friends easily wherever he went. He enjoyed traveling, gardening, polka music, John Wayne movies, and rooting for the Green Bay Packers.

The family would like to thank the staff at the Southern Utah Veterans Home in Ivins, Utah for their kindness and compassion in caring for Ski throughout the final years of his life.

In lieu of flowers the family requests that donations be made to the Wounded Warrior Project (woundedwarriorproject.org) in memory of Ski.