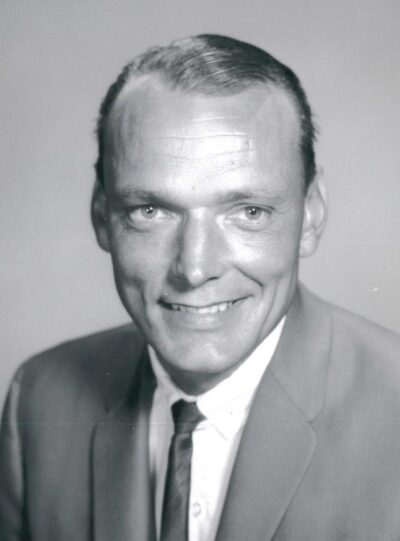 Our beloved father and grandfather, Robin Douglas Hansen, passed away peacefully on Saturday, Oct. 9, surrounded by the love of his children (and 10 blankets). We will forever love you, Dad.

Robin grew up in Southern Utah and graduated from Dixie High School. He excelled in sports and had a beautiful singing voice. Following graduation, he was drafted into the service and stationed at the Army missile base in Maryland.

Following Robin’s service in the United States Army, he began working in the service station business in St. George and later in Boulder City, Nevada. When Robin returned to St. George, he became an influential business leader in land development and real estate holdings to include a service station, sporting goods store, hotel, print shop, body shop, and thrift and loan.

Robin was one of the first large developers in St. George, Utah, with his partner, Kay Traveller. Following his retirement, he loved working with his son, Robin Jr., who recruited his father’s assistance in his multi-housing projects throughout Southern Utah. Of all his accomplishments, Robin was most proud of his children.

Robin had a great sense of humor and a love for the outdoors, hunting, fishing, boating and waterskiing.  He loved his trips with friends to Lake Powell to bass fish. When Robin retired, he enjoyed working in his yard, meticulously manicuring his landscape into a Japanese inspired garden. Robin will be remembered by many for his eccentric personality and style as evidenced by the 25-foot red and gold pagoda he built in front of his Asian influenced home on Donlee Drive.

Robin’s family wishes to thank with all their hearts the wonderful caregivers at Dixie Hospice to include: Carmela, Monique and Kayla; the Haven Staff in Hurricane to include: Malea, New York and Sandman; and his friend at the Haven, Jim Ferri. We would also like to thank Ron and Denise Allen, his neighbors on Donlee Drive, for their loving care and concern for Robin throughout the years.

Arrangements are made under the direction of Spilsbury Mortuary, 110 S. Bluff Street, St. George, Utah. 435-673-2454. Family and friends are invited to sign Robin’s online guest book at www.spilsburymortuary.com.