ST. GEORGE — For over 150 years, the Pioneer Courthouse has stood on the corner of St. George Boulevard and 100 East, serving as county courthouse and administration building for nearly a century before falling into disrepair in the 1960s.

After being threatened with demolition in 1970, St. George City stepped in and assumed control of the historic building, entrusting its operation and use to four local historical organizations in 2019.

One of those organizations, the Washington County Historical Society, has earned national attention from Daughters of the American Revolution thanks to their work in restoring the building.

“The Washington County Historical Society was willing to make sure we preserve one of the most iconic, historic buildings in St. George,” said Valerie King, regent of the local chapter of Daughters of the American Revolution. “I have great admiration for what they do and have done, and for what they’re preserving here for not only current citizens, but also the generations that follow.”

Following a rigorous nomination and approval process, the Color County Chapter of the women’s organization presented the national Historic Preservation Recognition Award to representatives from the historical society on Tuesday afternoon.

Of particular note were the contributions of Jeanine Vander Bruggen, who serves as coordinator for the Pioneer Courthouse and a nearby museum. Holding dual membership in the historical society and Daughters of the American Revolution, Vander Bruggen was recognized individually with the Excellence in Historic Preservation Award.

She has also spearheaded the operation and management of the space within the courthouse, balancing the displays and events planned by the four organizations that share stewardship: Sons of Utah Pioneers, Daughters of Utah Pioneers, Arts to Zion and the historical society.

Within the courthouse walls, the organizations tell the story of the area’s history through historical artifacts, personal histories, public records, photographs and more.

These historical organizations view the courthouse as more than just an old building, Vander Bruggen said. To them, it is a monument to those that inhabited this region in the past and a symbol for their values and legacy.

“I think there’s a great need for people to appreciate what it took to have what we have today,” Vander Bruggen said. “This area was considered inhospitable and uninviting, but people who are moving here now have no understanding of what it took to take to create this gorgeous place where everybody wants to live. We have to teach that it took effort to get where we are.”

The efforts of the historical society haven’t been limited to the courthouse, alone. In fact, the organization has several projects underway, including taking field trips to local historical sites and preparing to offer walking tours in downtown St. George.

The historical society is also months away from installing a statue of Juanita Brooks in the new statue garden on Tabernacle Street (located around the gazebo between the school district buildings).

Brooks was a famous author, educator and historian who played a pivotal role in publishing details of the Mountain Meadows Massacre that had been omitted from official accounts of the Church of Jesus Christ of Latter-day Saints as well as local histories.

“She’s famous for being brave and standing up to the community backlash,” said Jesse Stocking, special projects manager for the historical society. “She wanted to bless her society by going against the instructions and preferences of the LDS apostleship by publicizing (the details of the historic massacre).”

The historical society has secured funding for the statue, and it’s expected to be installed within the next six months, Stocking said.

The Pioneer Courthouse and the neighboring Pioneer Museum are open to the public and free of charge. Details about the hours of operation can be found on the Pioneer Corner website. 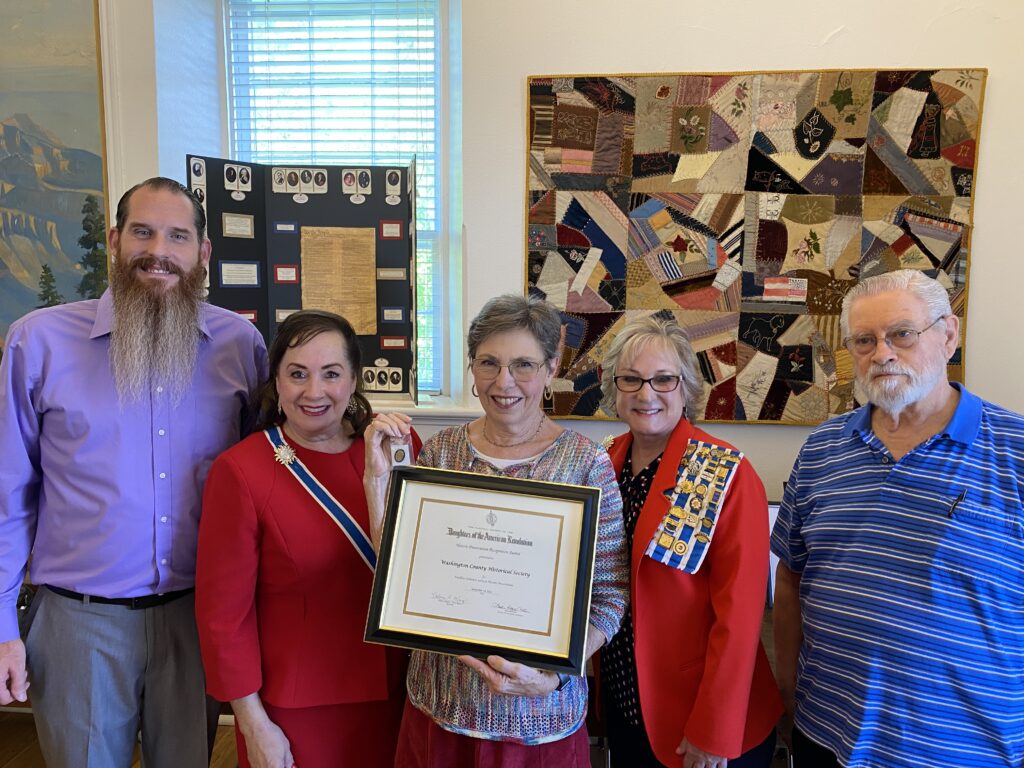 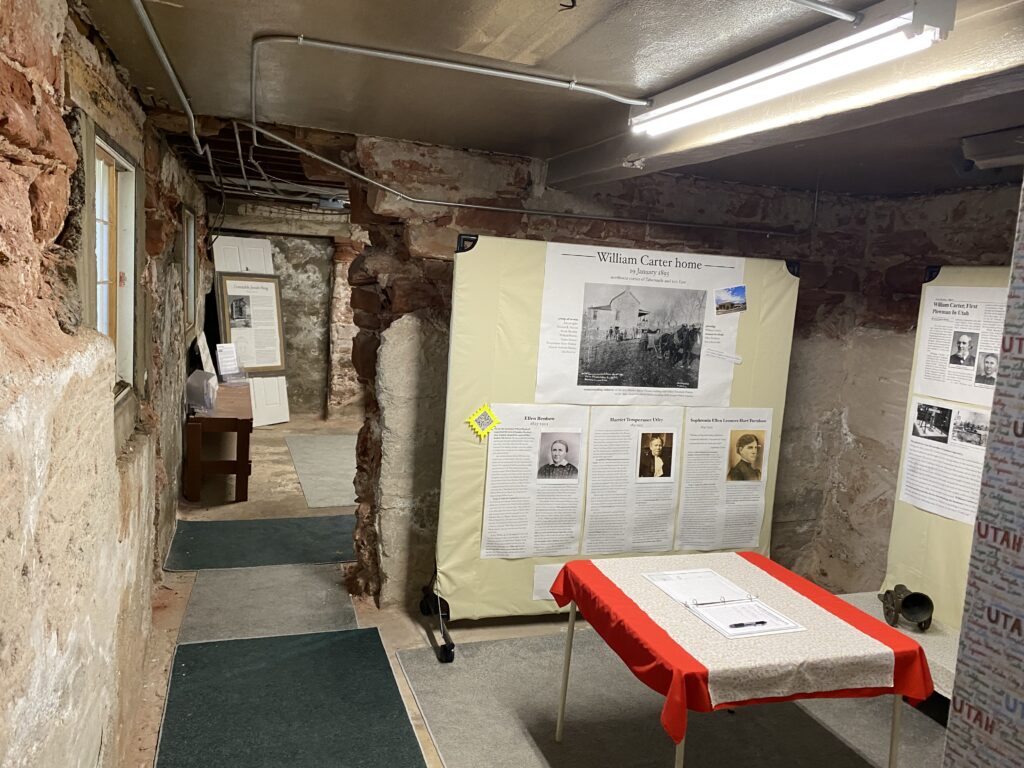 The basement of the Pioneer Courthouse was once used as a jail for those awaiting trial. It now houses several historical displays, St. George, Utah, Sept. 14, 2021 | Photo by Ammon Teare, St. George News 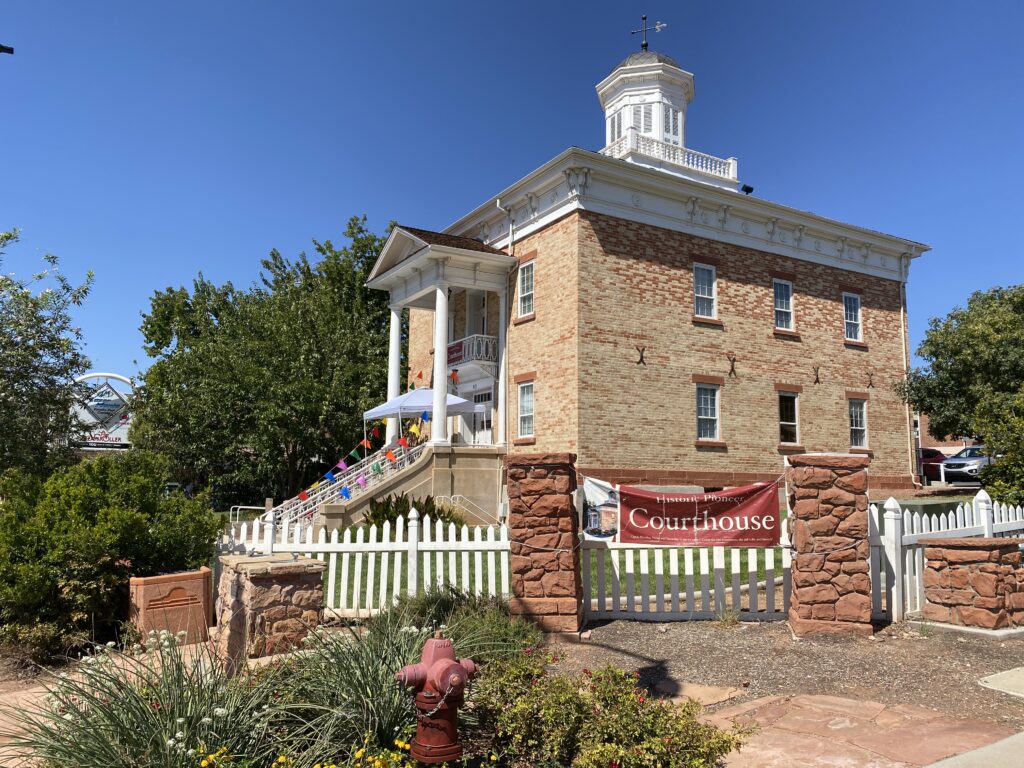 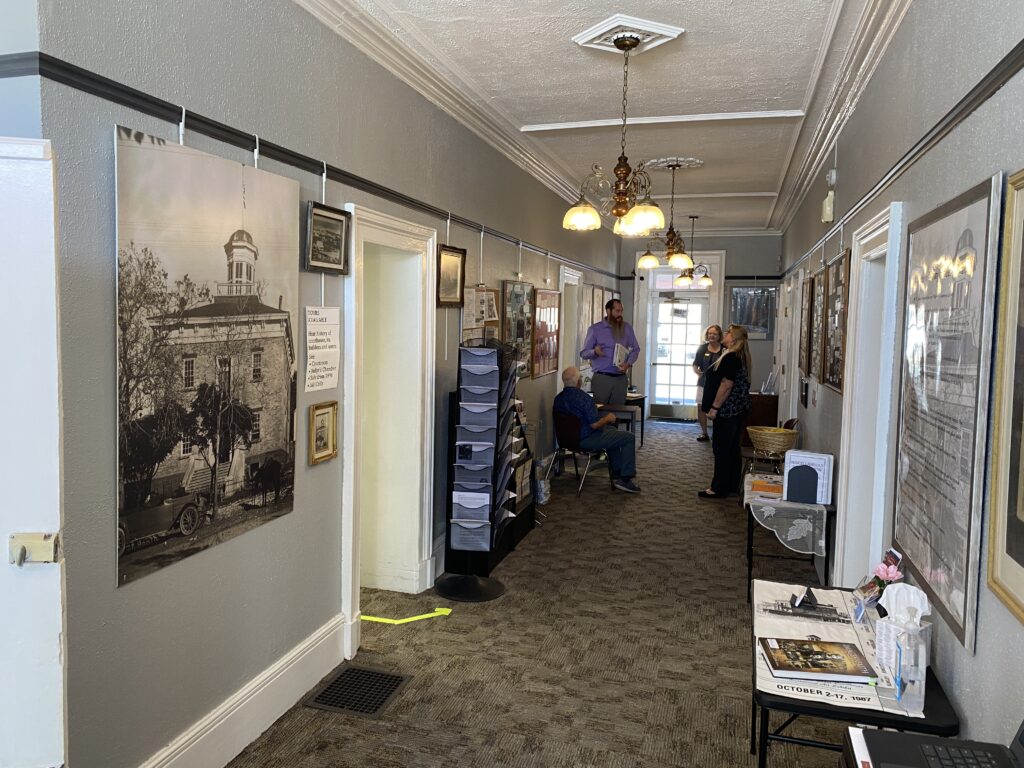 Since 2019, the courthouse has served as a historical monument housing local records and artifacts from the region's past, St. George, Utah, Sept. 14, 2021 | Photo by Ammon Teare, St. George News 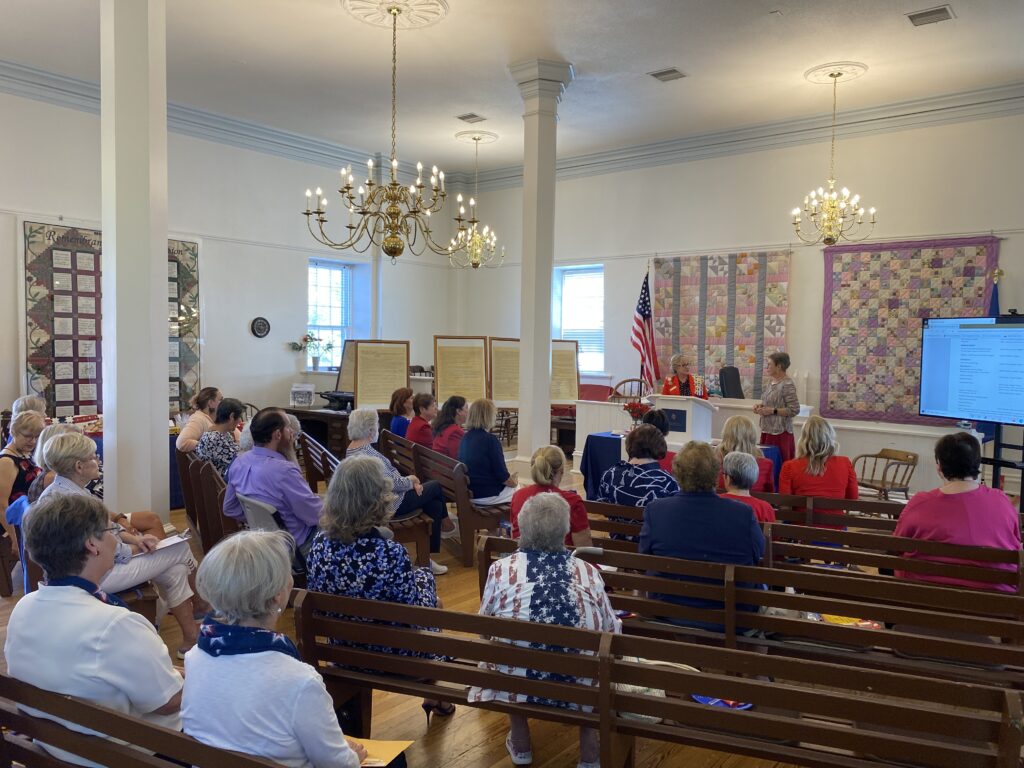 Use as a courtroom was just one of the functions of the room at the top of the historic building in downtown St. George, Utah, Sept. 14, 2021 | Photo by Ammon Teare, St. George News 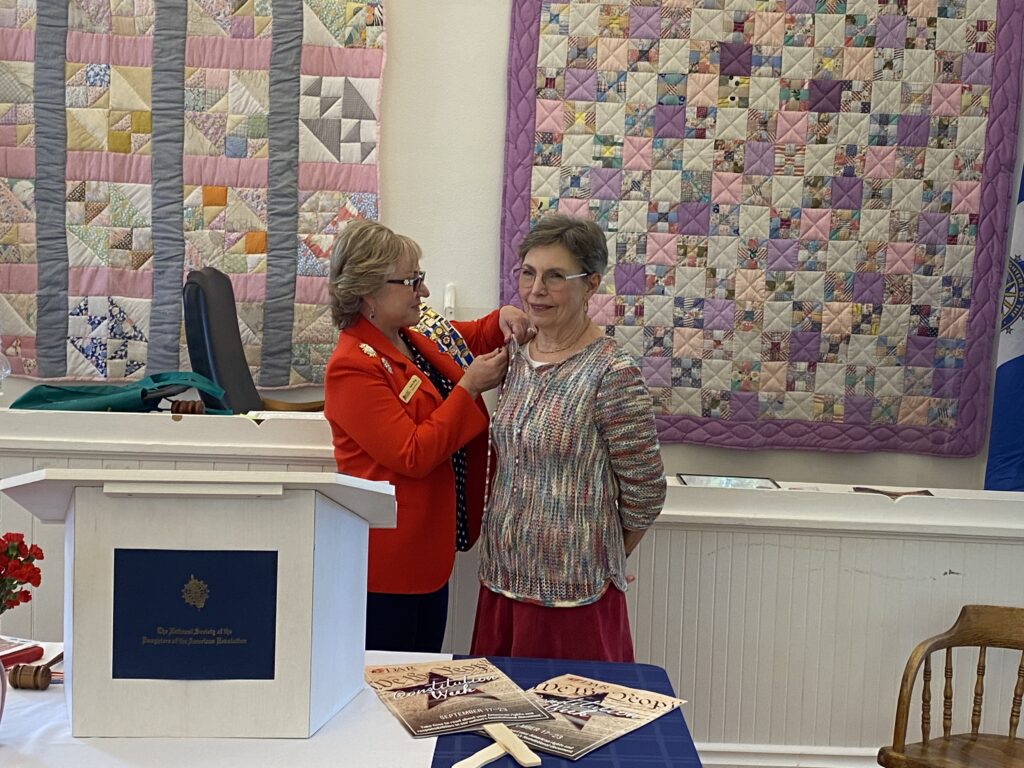 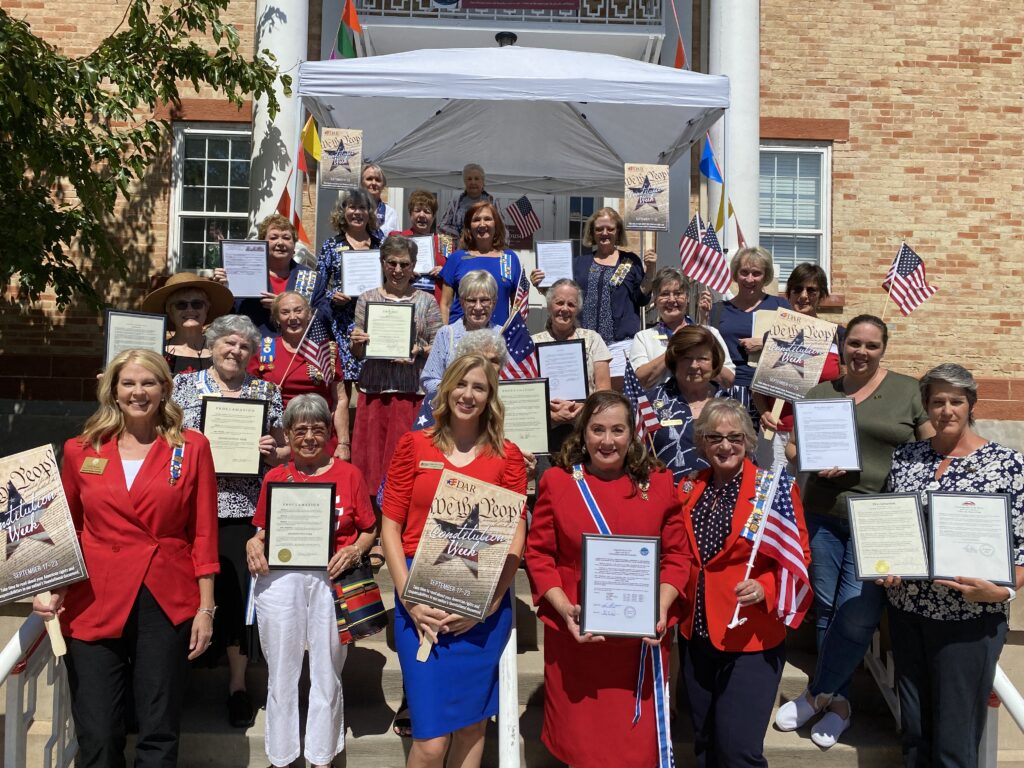 Local chapter members with the Daughters of the American Revolution stand on the steps of the Pioneer Courthouse with proclamations celebrating the upcoming Constitution Week, St. George, Utah, Sept. 14, 2021 | Photo by Ammon Teare, St. George News 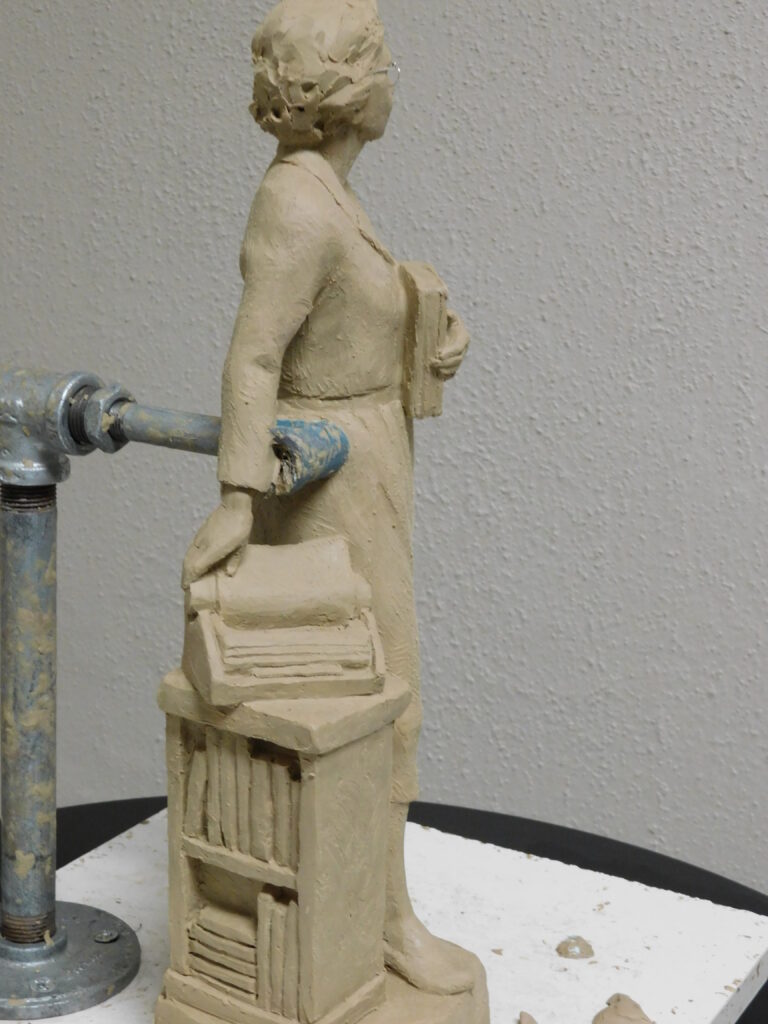 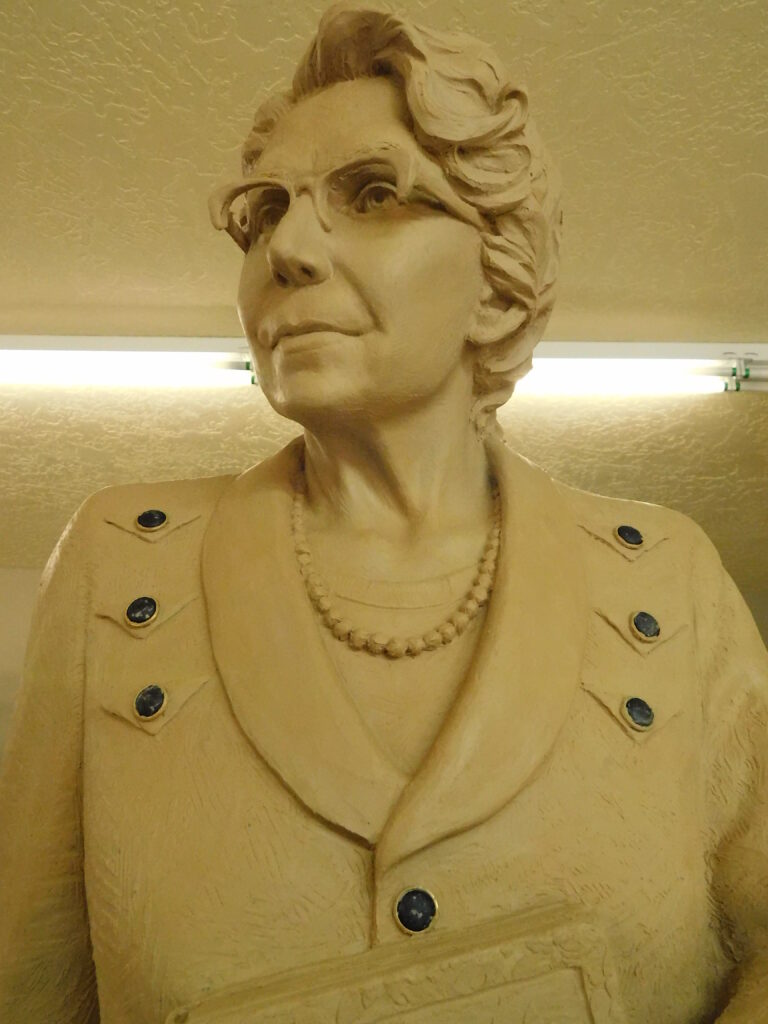 Fugitive wanted on $750,000 warrant for alleged rape of 7-year-old arrested in St. George