ST. GEORGE — The Hurricane Police Department has issued a warning to parents of the dangers that teens can be exposed to online, which has become a venue that predators are using more and more to gain access to children.

The case was posted on the Hurricane Police Department’s Facebook page, which prompted authorities to include an alert for parents following an investigation into a report that a girl under the age of 14 was allegedly involved in a sexual relationship with a 21-year-old man that she met online.

According to the probable cause statement filed in support of the arrest, the teen told authorities she had met Conor Sunderland on a social media site. The two began communicating online, and the sexual activity followed.

Officers also spoke to the suspect, who said he met a female online who he said he thought was at least 18 years of age.

Once the interview was concluded the suspect was arrested and booked into Purgatory Correctional Facility facing one first-degree felony count of rape of a child.

Following the arrest, the Hurricane Police Department posted a message to parents on social media to advise of the dangers their children can be exposed to through online activity.

Hurricane Police Officer Dan Raddatz said that cell phones, computers and mobile devices have many distinct advantages when it comes to children, such as the ability for a parent to stay in contact with their child, but these devices can also expose them to risks while interacting online.

Keeping an eye out for online dangers is an ever-increasing challenge but is more important now than ever. The risks to children are not limited to sites that are dangerous or restricted to adults either, Raddatz said, adding that parenting can be particularly challenging when it comes to technology, particularly in light of the fact that times are changing so quickly, and technology is keeping up at a rapid pace.

“It’s a whole different world for parents than the one we grew up in,” Raddatz said. “Which has made parenting even more challenging.”

There are tools that parents can use to keep their children safe online, and one of the most important steps parents can take is to establish an open line of communication with their children to discuss safe and appropriate online behavior, then keep that dialogue going, Raddatz said.

Setting clear perimeters is also important, he said, which can be a difficult topic to discuss, but doing so is good for the child so they know the rules and what is expected of them, which in turn will help them develop the skills they need to be safe online.

“We need to be involved in our children’s lives,” Raddatz said, “Which includes their online lives.”

Raddatz said that restricting a child’s online interactions are less effective, since children can usually find a way around it, and using online security features or placing limits on Wi-Fi connections can provide a false sense of security for parents – since there are so many public places that provide a Wi-Fi connection, Raddatz said, as well as apps that can hide online activity.

A recent study by the Office of the e-Safety Commissioner revealed similar findings, stating that nearly half of the teens surveyed reported taking steps to hide their online behavior from their parents, and also revealed that teens were more concerned with protecting their personal information from parents than from strangers online.

The officer also said one area that is often overlooked when it comes to online safety involves gaming sites, many of which are geared towards adolescents and are designed as interactive games where players can communicate with one another, he said.

Regardless, Raddatz said there are also adults on these gaming sites who hope to connect and prey on children.

The FBI also says more than half of the victims of an online predator are between the ages of 12 and 15.

This means that every time a child logs on to the internet using their phone, tablet or computer, they are susceptible to predators or those who can do them harm. The findings showed that 40% of kids in grades 4-8 reported they connected or chatted online with a stranger, and 30% texted a stranger. Of those, more than half revealed their phone number to a stranger, 6% gave their home address and more than one-fifth of the children in this category spoke to the stranger.

Moreover, 15% of the children in that category tried to meet with a stranger, and 11% did in fact meet a stranger – either at their own home, the stranger’s home, a park or a restaurant.

While 2% may seem like an insignificant number with the half a million online predators who are on the computer during any given day means there are roughly 10,000 who have statistically met with or possibly met their targets in person.

Last year, the Internet Crimes Against Children Taskforce, or ICAC, conducted more than 100,000 investigations and 85,600 forensic exams that resulted in more than 9,000 arrests. The multi-jurisdictional program targets the ever-increasing dangers associated with online threats targeted towards children.

“The dangers are real,” Raddatz said.

Ed. Note: A new Utah law generally prohibits the release of arrest booking photos until after a conviction is obtained.

Infographic depicting the many access points for children to use online devices | Image courtesy of the Center for Cyber Safety and Education, St. George News

Infographic depicting ways in which school and education is impacted by the amount of time children spend on mobile devices | Image courtesy of the Center for Cyber Safety and Education, St. George News 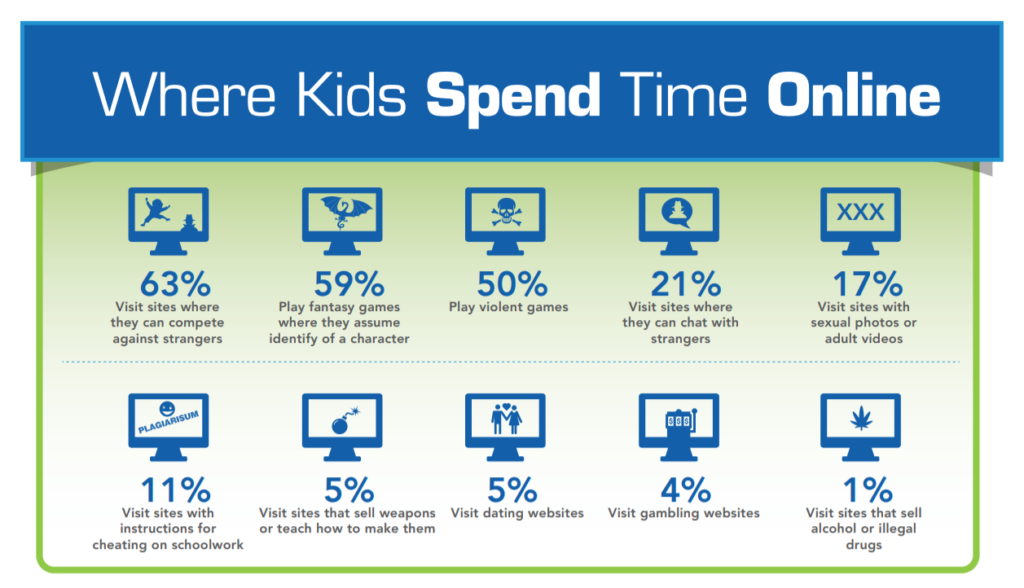 Infographic depicting the amount of time a child spends on each online device | Image courtesy of the Center for Cyber Safety and Education, St. George News 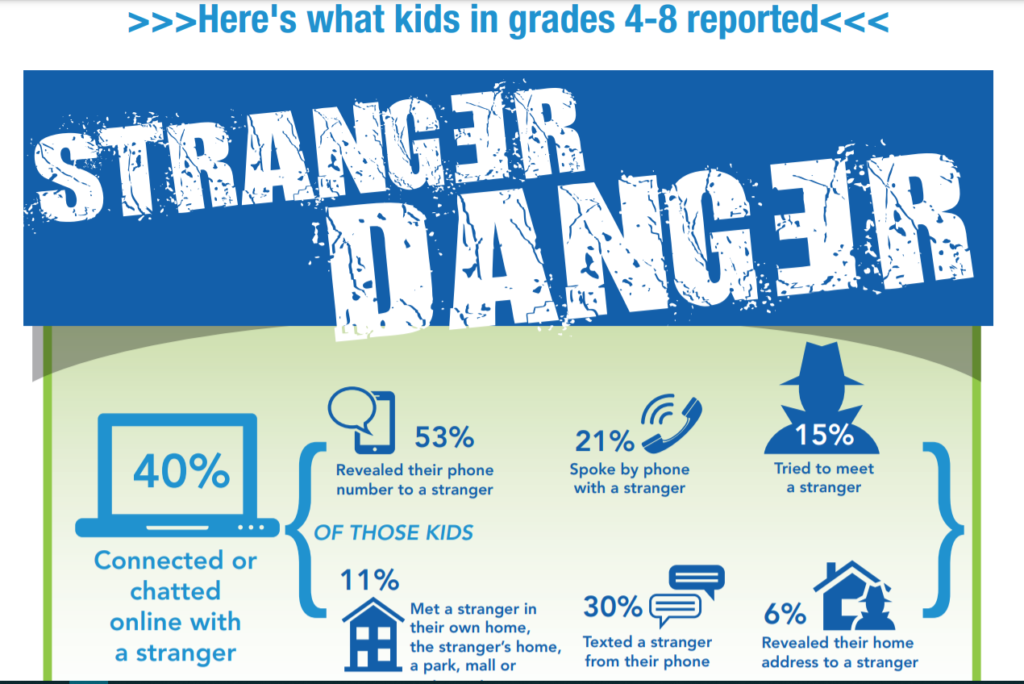 Infographic depicting what type of information children have reportedly released to strangers while online on a computer or mobile device | Image courtesy of the Center for Cyber Safety and Education, St. George News 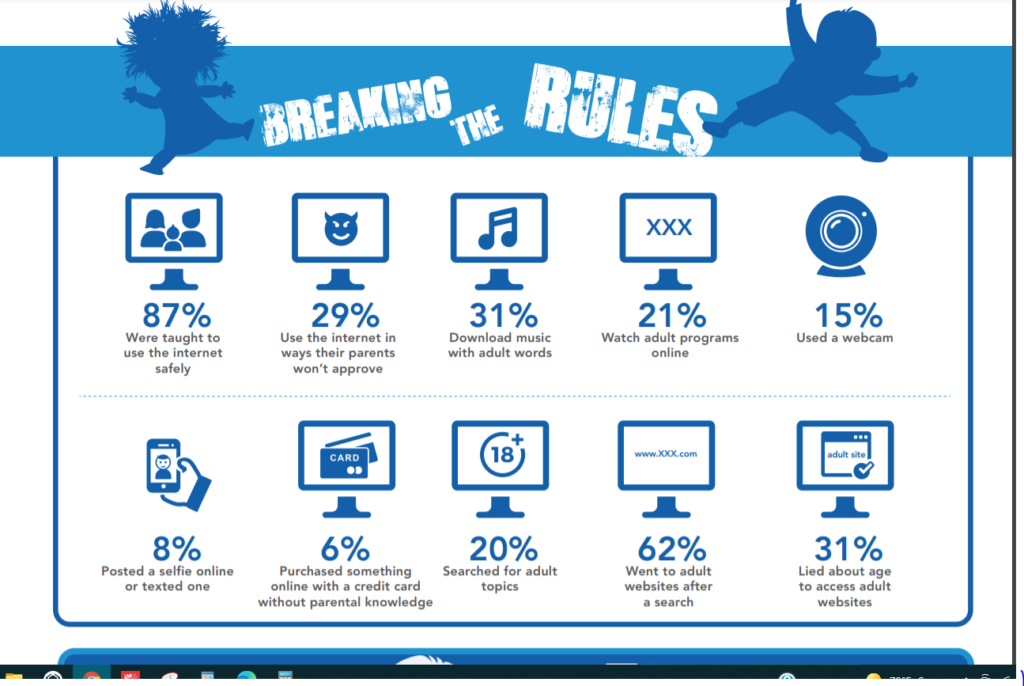 Infographic depicting he many ways children break the rules to access the internet on a computer or mobile device, | Image courtesy of the Center for Cyber Safety and Education, St. George News

Mother of 4 spearheading launch of diaper bank in Southern Utah

Male breast cancer caravan spreads word in St. George that it's not just a "pink world"