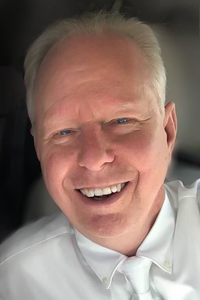 Kenneth Bryce Hepworth was born in Barstow, California, on Aug. 30, 1952 to Philip Squire and Winnie Gubler Hepworth. Kenneth passed away on his 69th birthday, Aug. 30, 2021. Ken was the fifth child in his family, and loved as the adored baby brother. He has a doting big sister Charlette Hepworth Beers, and big brothers, Brentwood Hepworth and Kimball Hepworth, they were raised in Las Vegas, Nevada.

He was preceded in death by his parents and by an older infant brother, Kippling.

Ken loved sports, was good at them, and very few people could defeat him. He loved music and was an excellent drummer, and played in a band all over Las Vegas through his high school years. His loved for music even reached into an interest in building sound equipment, which later developed into a career in audio for many years. He was also a master woodworker, working alongside his father, and learning the craft to perfection. He and his father created many intricate masterpieces.

Ken served a two-year mission for The Church of Jesus Christ of Latter-day Saints.

Ken had a degree in marketing/communications from BYU, loved writing and was a political writer for several years. He lived in Washington DC and was on President Regan’s writing team. A portion of President Regan’s 2nd inaugural address was written by Ken. After moving back to Utah, he worked for Orrin Hatch as his speech writer.

Ken went to work for Afmatic, becoming a top salesman for the company. He also became their spokesperson and the face of the company on QVC. He developed a large following and had record sales when he would hosted the television based program.

Ken is survived by six children, six stepchildren, as well as his beautiful wife, Stephanie Parrish. Ken and Stephanie were married March 8, 2019 and lived in St. George, until recently when they moved to Southern Idaho. Although their time together was far too short, they led fast-paced, exciting and full lives together.

Ken was an Emotional Healing coach and has helped many people process and learn to process negative emotions, all the while helping them come to Christ.

Ken knew his Savior, and he knew the power of the Atonement. He lived with the goal of helping to lift and raise people out of their challenges. He had a servant’s heart. To know Ken was to be his friend.

You will be missed, Ken. Until we are rejoined in eternity—forever.

In lieu of flowers the family has asked that you donate to his gofundme account.