Crimson Cliffs is the only region team at 1-1 while Dixie and Cedar will both seek their first wins in their opening home games of the season next week.

For the second week in a row, Snow Canyon struggled early but finished strong as the Warriors won a physical battle against Morgan.

The visiting Trojans, last year’s runner-up in 3A, gave the home team everything it wanted and more in a big test for the young Warriors.

“I thought we played really good defensively against a solid, well-coached, really good team, so I was very impressed with that,” Snow Canyon coach Mike Esplin said. “I’m happy with where we’re at for game two, here tonight, but we got to get a lot better.”

The teams engaged in a hard-fought, physical contest in a scoreless first quarter.

Snow Canyon struck on its first play of the second frame when Hunter Johnson tossed a 15-yard touchdown pass to Logan Mendenhall.

The extra point failed, however, and Morgan took a 7-6 lead into halftime after Nick Despain found Jaxon Whiting for a 31-yard touchdown strike.

That would be the only score for the visitors as Snow Canyon’s defense clamped down in the second half.

“We just had to go out and be relentless,” senior defensive captain Drake Kelly said. “We knew coming out that they were going to be physical so we just went after it.”

Kelly was all over the field and seemed to be in on every play, finishing with 9.5 tackles, 7 solo. He also had an interception — one of three total picks the Warriors defense came up with in the game.

Snow Canyon worked a little razzle-dazzle on its second score, a halfback pass from Devin Jensen to Jake Hill for a 20-yard touchdown. Corbin Christian’s kick put the Warriors ahead for good at 13-7.

Johnson finished the night 20 of 29 throwing the ball with two touchdowns. He also ran for 87 yards. Will Warner led Snow Canyon in reception yards with 67.

“On offense, we did some good things,” Esplin said. “We left a lot on the table out there. After we watch film, I believe we’ll be able to get it next time. Positives on both sides of the ball.”

Snow Canyon is off to a solid 2-0 start after two home games, but the Warriors know things just get harder next week in their first game on the road at Ridgeline.

“We’re not where we want to be, but I’m happy with where we’re at,” Kelly said. “A lot of people think we lost a lot of guys, but I think everybody sees now that we got some dogs coming back.”

The Tigers moved to 2-0 after two home games as well after quarterback Carter Ashby tossed four touchdown passes, two each to RJ Wright and Nifai Iloa.

The home team jumped all over the Eagles for a 33-0 lead at halftime.

The Thunder (2-0) won on the road convincingly, scoring 14 points in the second quarter and 17 in the third.

Turner Williams took the opening kickoff 91 yards for a touchdown to set the tone and it was all Panthers after that.

Abe Rosenland hooked up with Dominique McKenzie for a 5-yard touchdown pass and Sawyer threw an 8-yard TD pass to Keith Adams.

Adams also ran for a 1-yard score and Jacob Sersansie’s 25-yard interception return for a score iced the victory for Pine View.

The Mustangs (1-1) scored 13 points in the third quarter and then withstood a furious rally by the Dons to claim the road victory.

Brayson Phillips stepped up for the Mustangs defense with a 15-yard interception return for a score, and kicker Ryan Woolley continued his strong start to the season with a 21-yard field goal.

Crimson Cliffs also recorded a critical safety in the second quarter of the contest.

The Flyers (0-2) lost a heartbreaker on the road after surrendering 13 points in the third quarter.

Dixie led 7-3 at halftime but could not overcome the big third frame by the Silverwolves.

Mason Kesterson’s 2-yard TD run along with Jonathan Bibiano’s extra point kick gave the Flyers the lead at the break.

Shea Anderson upped the Flyers lead to 13-3 after his 84-yard interception return for a score, but then the home team rattled off 13 unanswered points to claim the win.

The Reds (0-2) battled in a seesaw affair, taking a 21-19 lead into the fourth quarter, but could not hold on as the Wasps scored the winning touchdown with 15 seconds left in the game.

Braydon Street scored on a 3-yard run in the first quarter and Ryan Hill ran for a 28-yard TD in the third for Cedar.

Benjamin Ellis put Cedar ahead on his 8-yard TD run with 1:05 left in the game, but Juab was able to clinch the victory on a 29-yard touchdown pass. 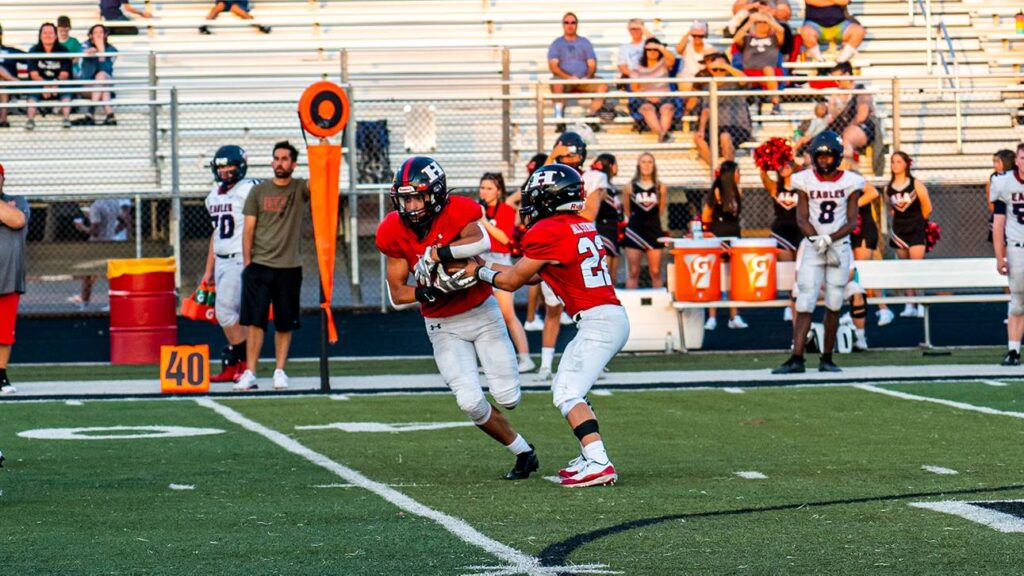 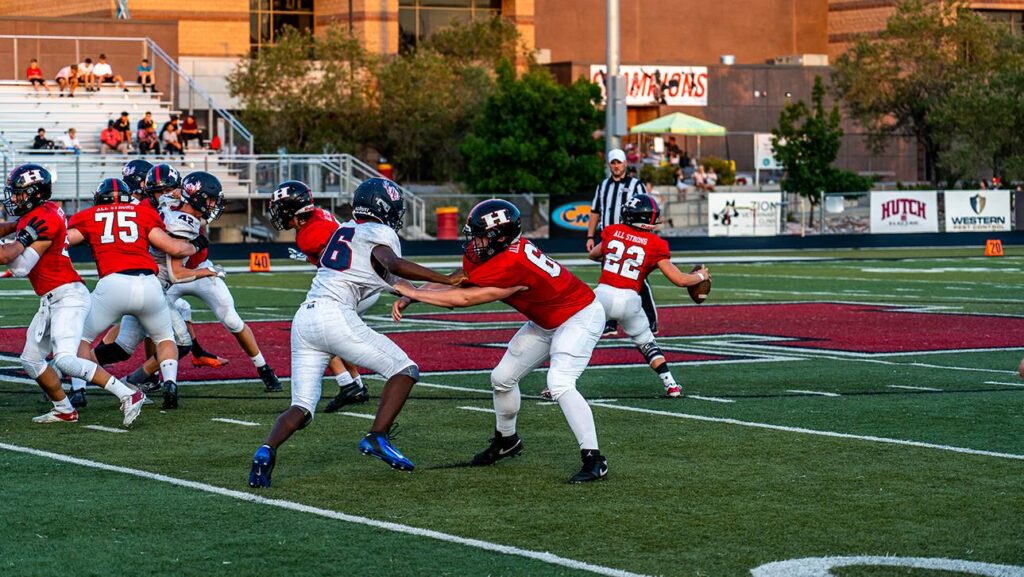 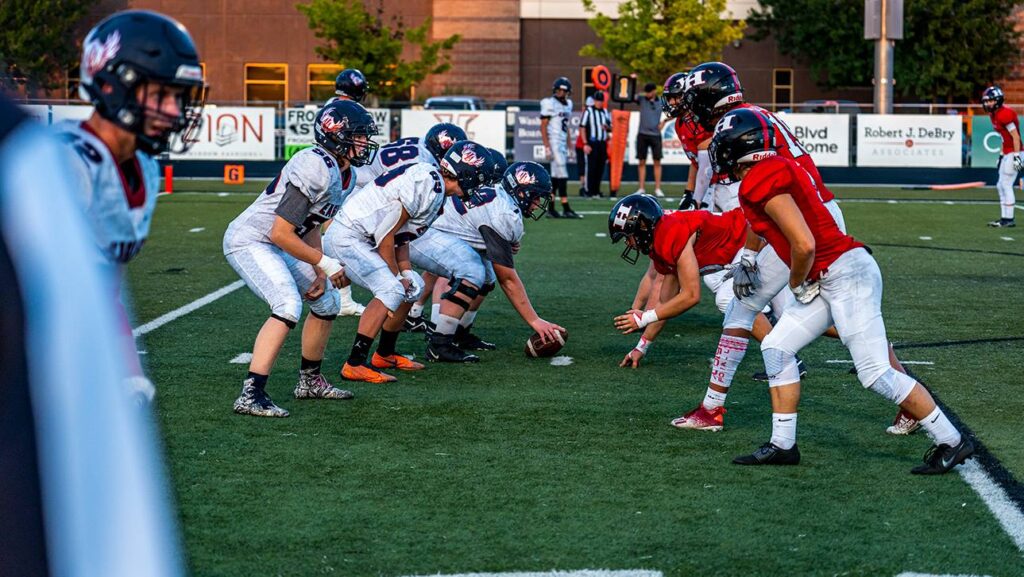 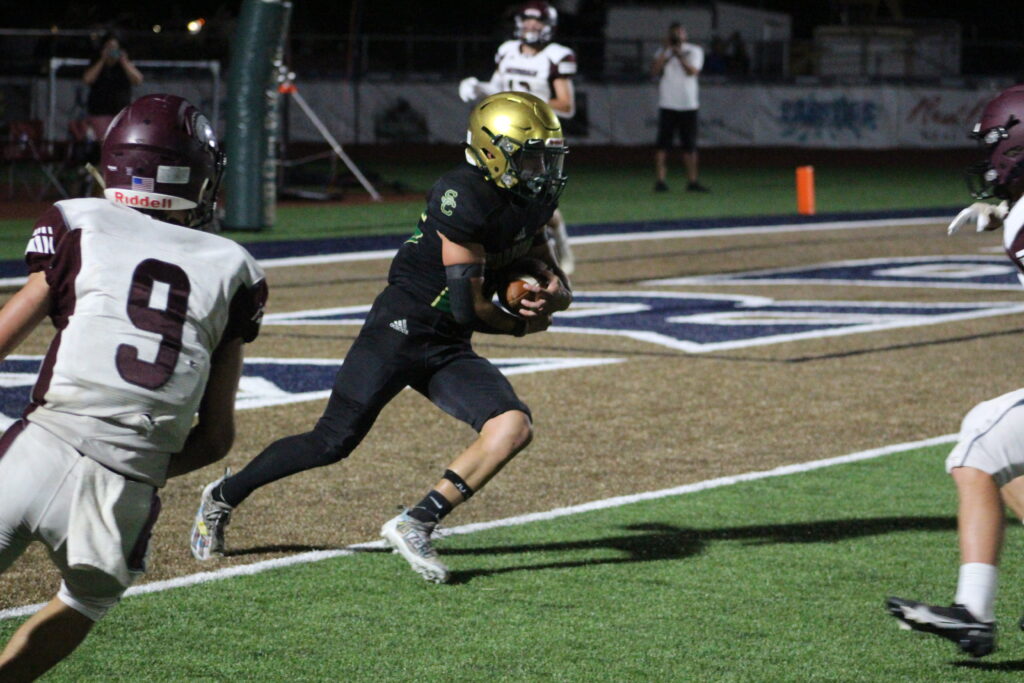 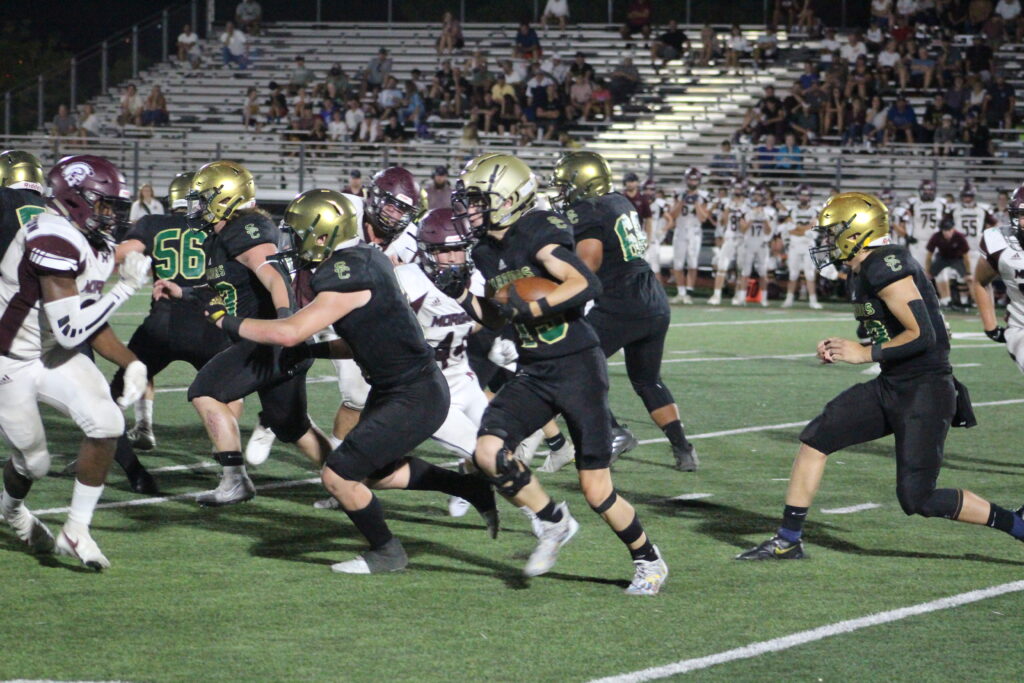 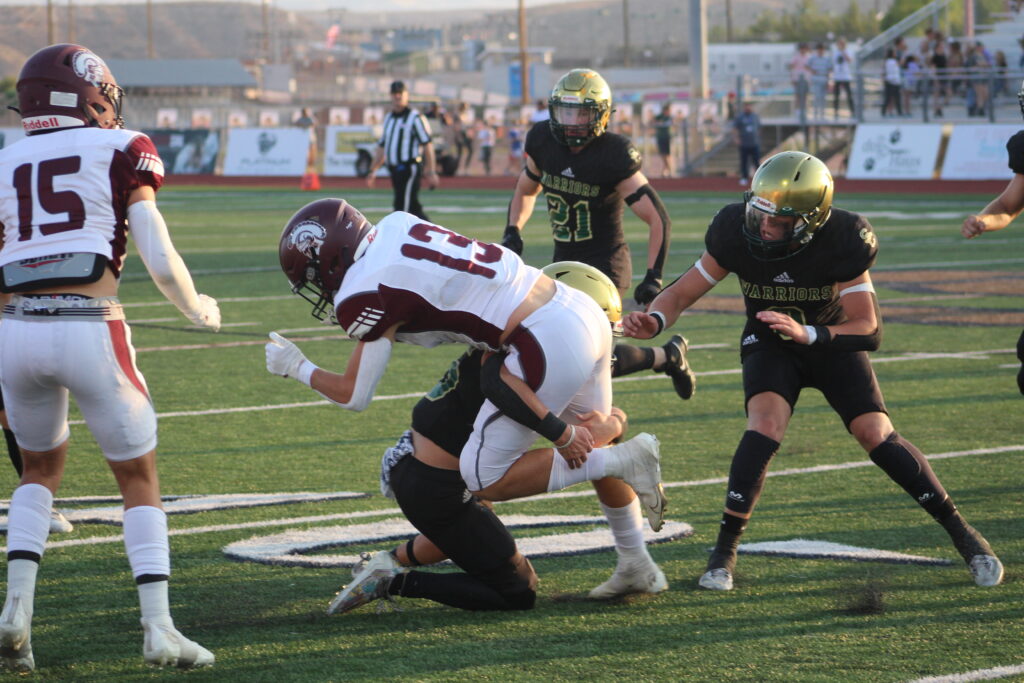 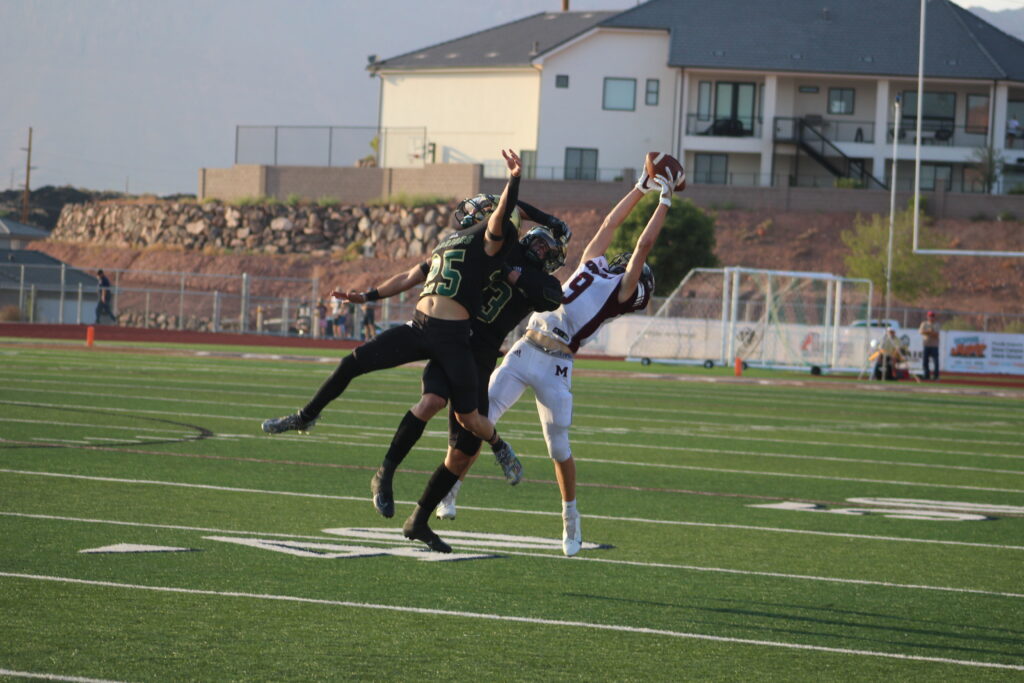