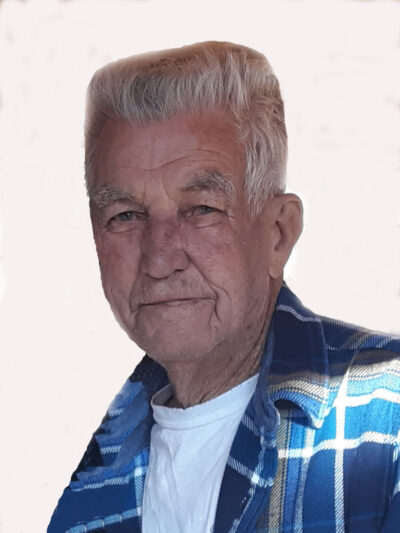 He was raised in Oklahoma, and worked on his grandfather’s farm and his stepfather’s recycling business. As a young man, he moved to Los Angeles, California, and became a welder and joined the Boilermakers Union. He worked for United Concrete Pipe for Approximately 30 years before retiring to Central, Utah, in 1990.

In Central, he worked in home building and remodeling as well as welding and fabricating out of his home shop. He developed an interest in refurbishing vintage gas pumps and then vintage autos. Buddy was extremely talented in building, welding and fabrication and won several trophies and awards at area car shows. He really enjoyed the car shows with his friends Bud and Sonnie. He also enjoyed time spent with family as well as time with his many, many friends and the time he spent working on projects with them.

He is survived by his daughter, Jenny (Keith) Swezey of Marysville, Washington; grandchildren, Sarah, Roger and Crystal; great-grandchildren, Corbin, Kameron and Parisa all of Washington; and brother, Charles Kimball of Whitewright, Texas.

Funeral services will be held Friday, July 30. 2021 at 10 a.m. in the Metcalf Mortuary Chapel, 288 West St. George Blvd., St. George, Utah. Visitations will be held Thursday evening from 5-7 p.m. and on Friday, prior to services, from 9-9:45 a.m. at the Mortuary. Interment will be in the Central Cemetery, Central, Utah.