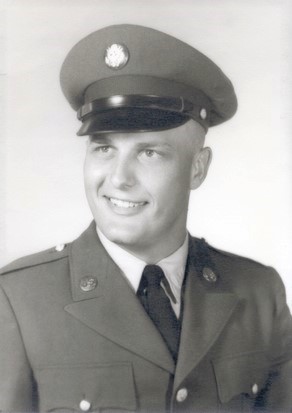 James Richard Rowan was born in Idaho Falls, Idaho, on Aug. 8, 1935, and passed away peacefully in the early morning hours of July 16, 2021, in Draper, Utah. Jim was the youngest of eight children (Marlon, Blaine, Betty, Peggy, Ruth, LeGrand and Robert) born to Milo LeGrande and Anna Ardella Jansson Rowan. For the first 7 years of his life, he was raised by his Aunt Verny and his Grandma Karin in Murray, Utah.

At the age of 7, he went to live with his family in Ririe, Idaho. Jim attended school in Ririe where he was the drum major in high school, graduating as valedictorian of Ririe High School in 1953. He liked playing the violin and piano and would gig with his band once in a while at local dances. He spent his early years working at the potato farm, on the family’s cattle ranch in the summers, and at the gas station that his father owned. He enjoyed growing up in a small town filled with family, good friends and countless adventures.

After high school, from 1954-1956, Jim served an LDS mission to the eastern states, which included West Virginia, Tennessee and Kentucky. During this time Jim and his companions served in branch presidencies and building programs; they even had a short weekly radio program! He then enrolled at Ricks College, but was drafted into the U.S. Army and was stationed in Headquarters Company at Fort Ord, California.

After his discharge, Jim attended Ricks College where he met and began dating Leona Fannin – they were later named King and Queen of the Homecoming Ball. Jim and Leona were married in the Idaho Falls LDS Temple on Aug. 25, 1960 and then moved to St. Louis, Missouri, where Jim attended dental school at Washington University. Although the dental school years were difficult, Jim and Leona were able to develop close relationships with other young LDS student couples, and those relationships were to remain very close throughout their lives.

After graduating from dental school in 1964, Jim and Leona settled in Merced, California, where they raised their family with many aunts, uncles and cousins nearby. Their home was full of kids, dogs and foreign exchange students. They placed a priority on making memories with their children by taking regular camping trips to Mojave Desert with dirt bikes, annual trips to Disneyland, Oakland A’s baseball and San Francisco 49’er football games and many family reunions in Utah and Idaho.

Jim was known for his kindness and jovial friendly demeanor. His self-declared nickname was “The Fun Guy.” He seemed to be everyone’s best friend and loved to hassle everyone because he loves them. It was nearly impossible to go out in public without running into people he knew who wanted to visit with him. Jim had many hobbies and interests.

He made jewelry in his dental lab. He was always perfecting his deep-pit barbecue techniques where he hosted countless dinners for family and friends. He served in the Kiwanis Club, where he enjoyed working with the Special Olympics, and with the Boys & Girls Clubs of America. He loved riding his motorcycle on Tuesday evenings with his friends in his motorcycle club, The Valley Wimps (name disputed by members) where they would have fun riding to a different dining venue in the valley each week.

Jim was a generous, happy individual who had the ability to make everyone around him feel important. He could always see the good in other people and very quietly served those in need. He sincerely cared about his patients, friends and family. He demonstrated contagious cheerfulness and acceptance of others. He will be greatly missed!

Family and friends that are unable to attend are invited to view the funeral service by clicking on the link below.

Arrangements are made under the direction of Spilsbury Mortuary, 110 S. Bluff Street, St. George, Utah. Family and friends are invited to sign James’s online guest book at www.spilsburymortuary.com.