At around 4:45 p.m. on Monday, two vehicles traveling in opposite directions on Valley View Drive collided – spinning around one another and scattering glass shards and debris across the roadway.

Residents in nearby houses and apartments said they heard the accident and rushed outside to view the aftermath. One man who lived just across the street from the scene of the crash said he saw the male driver of one vehicle walking around with a bloodied hand while the female driver of the other vehicle remained motionless.

According to the St. George Police Department, a 74-year-old woman was driving a 2006 silver Honda CR-V northbound when she drifted into the left turn lane and struck the 2019 red Hyundai Kona driven by a 31-year-old man.

The woman was issued a citation for improper lane travel, and both vehicles were towed from the scene, Mitchell said. The accident occurred at the intersection of Valley View Drive and 425 North near the Rincon del Sol Apartments.

Police officers were assisted at the scene by responders with the St. George Fire Department and Gold Cross Ambulance.

A female resident who preferred to remain unidentified said she’s lived in the neighborhood for several years and worries about the behavior of motorists on Valley View Drive.

“There used to be a lot of accidents, and I’m surprised that there aren’t as many anymore. I often hear motorcycles and other cars driving down the road way too fast,” she said.

The speed limit for that stretch of road is 35 mph, but it’s fairly straight and sloped down to the south. Mitchell said there’s likely a fair amount of speeding along Valley View Drive, but did not indicate that speeding was a factor in this particular incident.

“It’s a straightaway and downhill, so I think those two combined with impatience leads to speeding,” Mitchell said. “When we do have a crash, it’s more significant and injuries can be worse with that higher speed.”

This report is based on information provided by law enforcement and may not contain the full scope of findings. 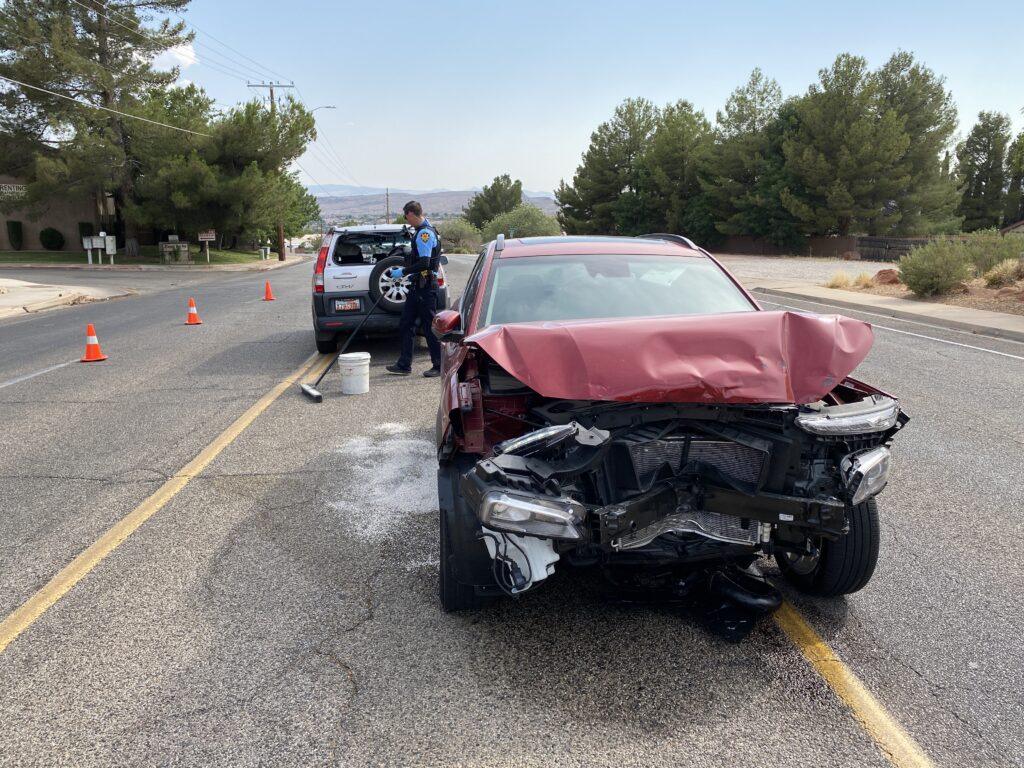 The drivers of both vehicles involved in Monday's wreck were transported by ambulance to the hospital, St. George, Utah, July 12, 2021 | Photo by Ammon Teare, St. George News 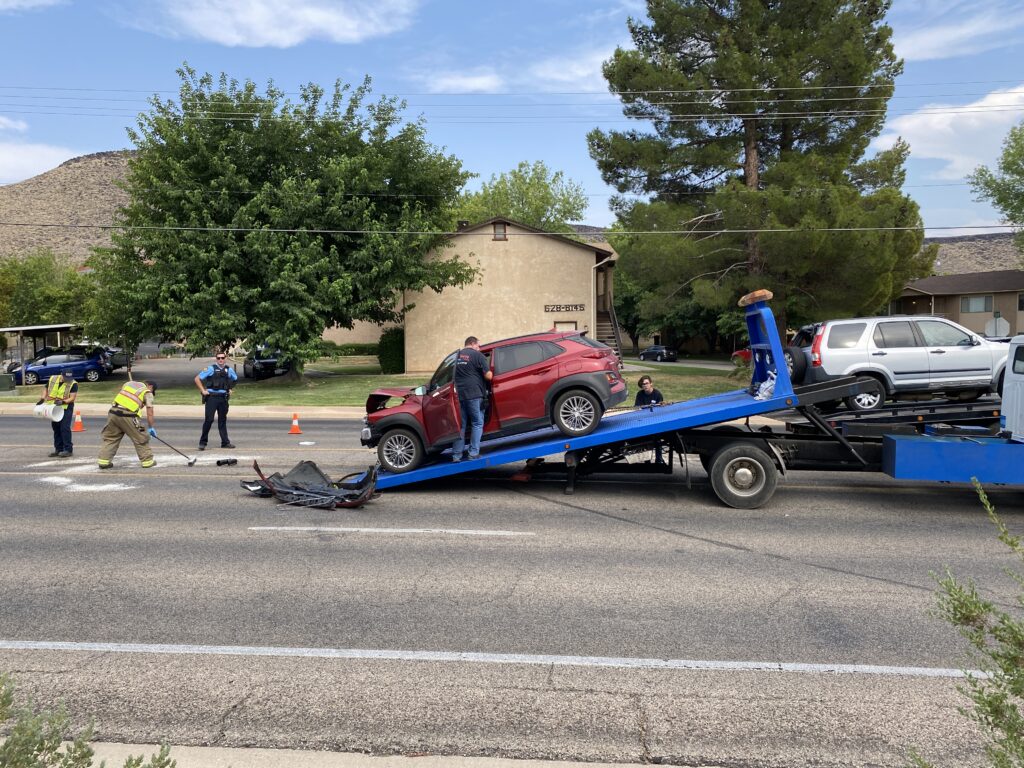 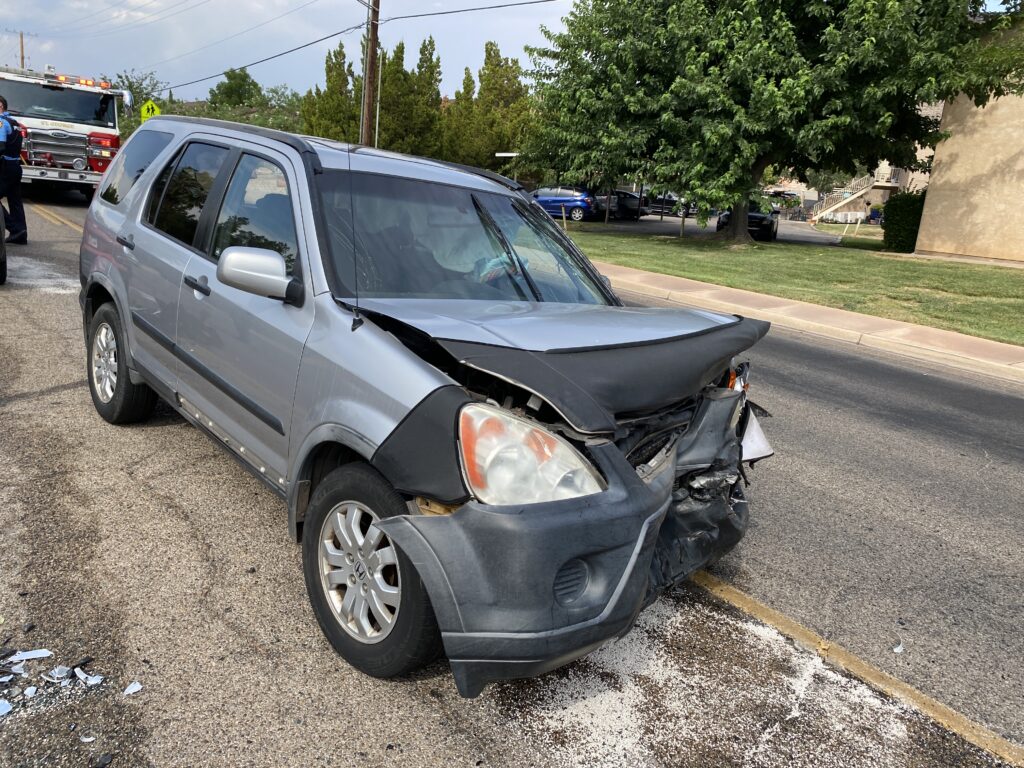 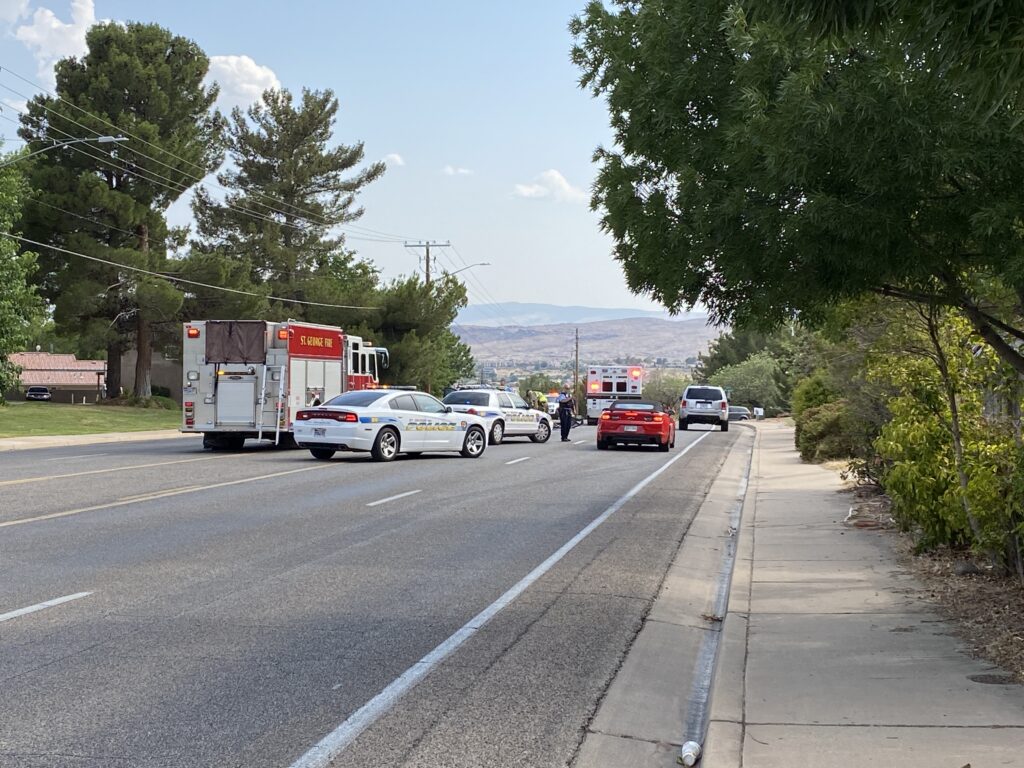 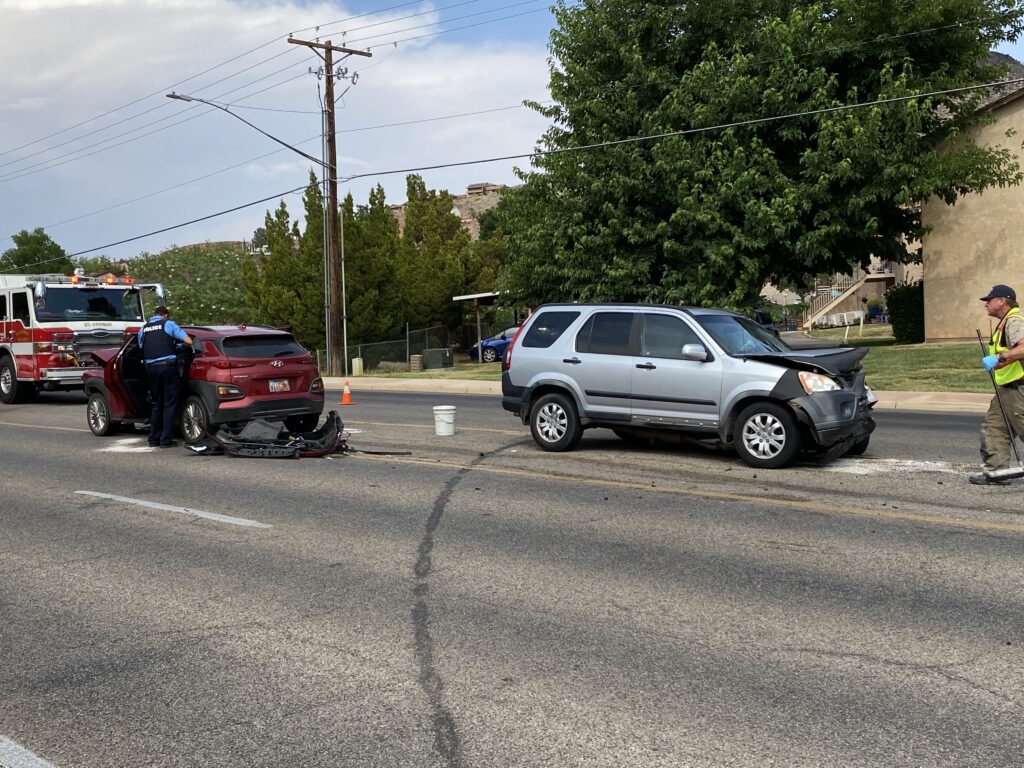