At a special meeting of the Washington County School District Board of Education, the district celebrated the retirement of 69 employees. All told, the retirees combined for 1,443 years of work experience, with three employees concluding careers of 40-plus years.

Superintendent Larry Bergeson addressed the educators, administrators and other district employees in attendance and expressed his thanks to all those in this year’s class of retirees.

The entire list of retirees was read aloud while family members, friends and community members in attendance clapped and cheered. Children – and grandchildren – of some retirees sat beside their loved ones and congratulated them when their names were read.

Board members stood to shake hands with and embrace the retirees. As they moved down the row of board members, the retirees were ultimately given a number of items as a token of appreciation.

“We like to celebrate our retirees every year,” said Steven Dunham, district communications director. “Each retiree received a certificate of completion, a bell and a small gift for their years of service, which in this case was a giant minky blanket.”

Not all of the district employees recognized on Monday were lifelong educators in the district. Some had taken up jobs locally after working for other districts or state agencies, but everyone involved had made important contributions in their time here, said Amy Barton, president of the Washington County Education Association.

“The experience and expertise that these veteran teachers have is so significant,” Barton said. “Not only their students, but also their fellow colleagues have benefitted from their wisdom. Their legacy will live on, but for now they have absolutely earned their retirement and some time to enjoy life.”

Nadine Hancey retired this year after 42 years in the Washington County School District. Most recently, Hancey served as the principal at Santa Clara Elementary, but she also worked as a teacher, reading specialist and learning coach. Of her long career in education, Hancey said:

Just being around the kids keeps you young: you laugh a lot, they’re fun to be around and you are important to them. Everyday you go to work and it means something, whether you’re in the classroom or administration. The other part is, I have some very dear friends I’ve made all across the district. I even have people I met in 1979 that are still my friends and reach out to me through cards and texts. I couldn’t have asked for a better career than being with kids and my colleagues in education.

Lawrence Esplin was also among the 2021 retirees. He started his career at Dixie High School in 1981, then worked at Pine View Middle School and Snow Canyon Middle School before taking an administrative role with the district.

“Things have changed a lot in the last 40 years,” Esplin said. “When I first started, there were three high schools, and I literally knew everyone in the district. It was hard to put an end to it, but it’s time: I’m old.”

Both Hancey and Esplin said that St. George is their home, and neither plans to relocate anytime soon. They said they’re looking forward to spending time with their respective families and taking opportunities for travel as much as they can.

In past years, the recognition for retirees was held before graduation, but Dunham said the ceremony was postponed to allow for a larger, more social gathering once COVID-19 restrictions were lifted. While the experience and talents of the retirees will be missed, they’ve all earned a much-needed respite, he said.

“The exciting thing is they’re doing this for a good reason. They want to be able to move on with their lives and enjoy some time for themselves,” Dunham said. “I noticed some couples that were retiring together, and I thought, ‘Man, what a perfect way to end it. Now you can both go out and do the things you want to do.’” 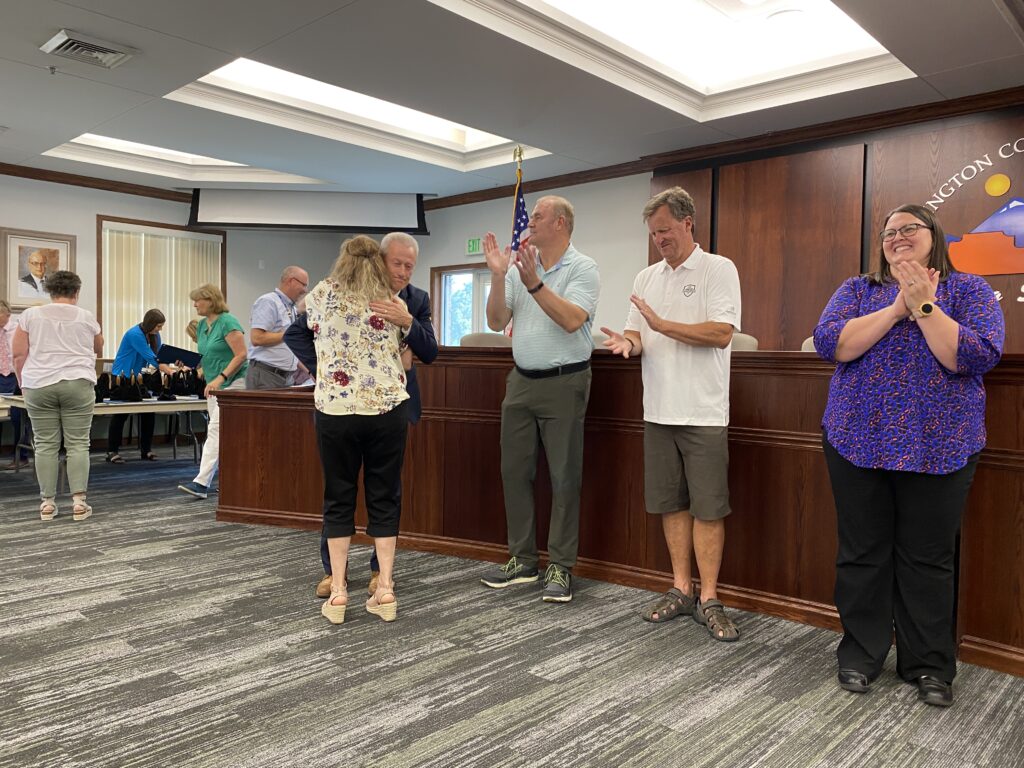 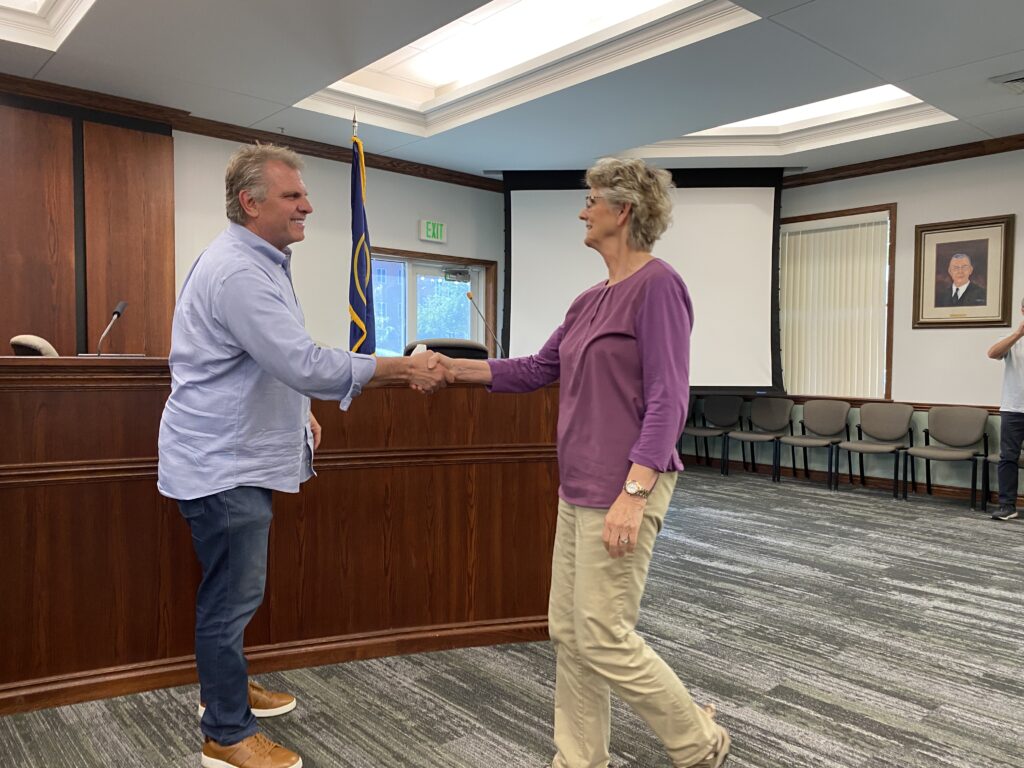 Board Member Terry Hutchinson shakes hands with a woman who was part of the school district's "graduating class" of 2021, St. George, Utah, June 21, 2021 | Photo by Ammon Teare, St. George News 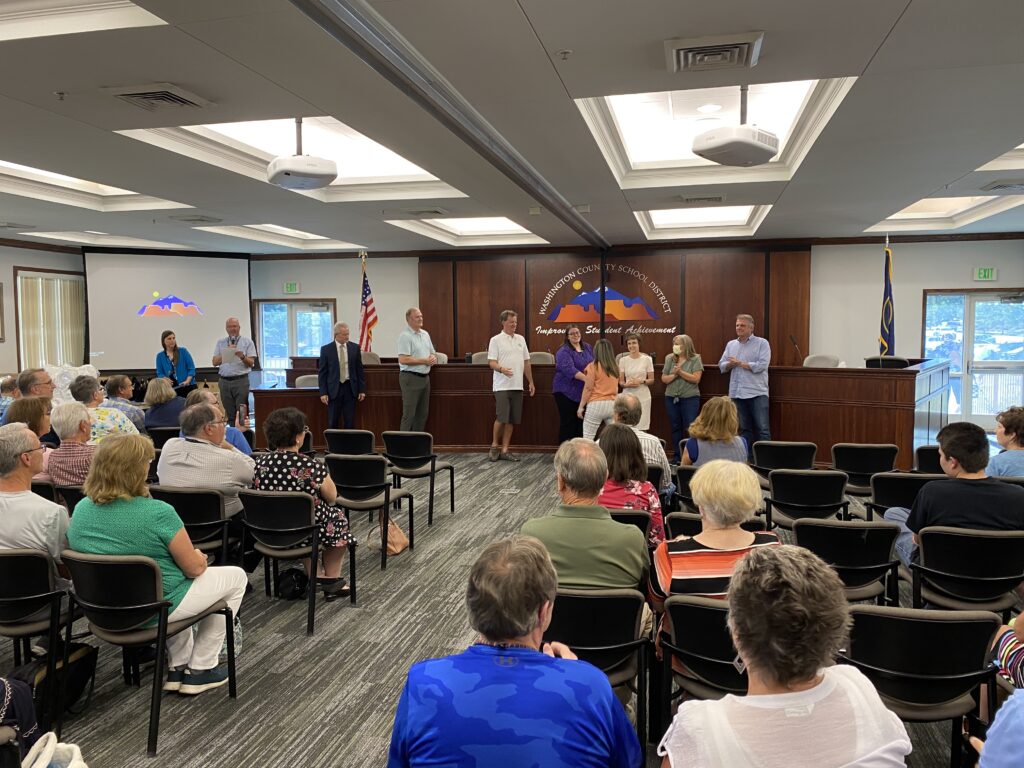 Members of the board of education personally thanked and congratulated the 2021 retirees, St. George, Utah, June 21, 2021 | Photo by Ammon Teare, St. George News 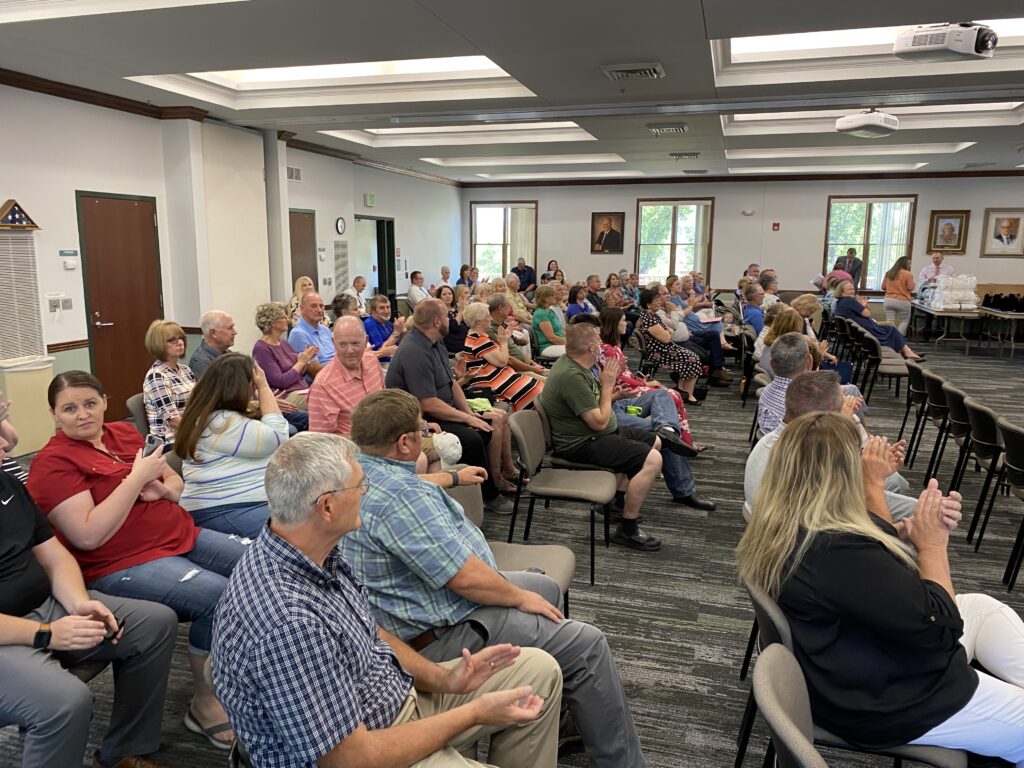 Families and friends of the retirees showed up to support their loved ones, St. George, Utah, June 21, 2021 | Photo by Ammon Teare, St. George News 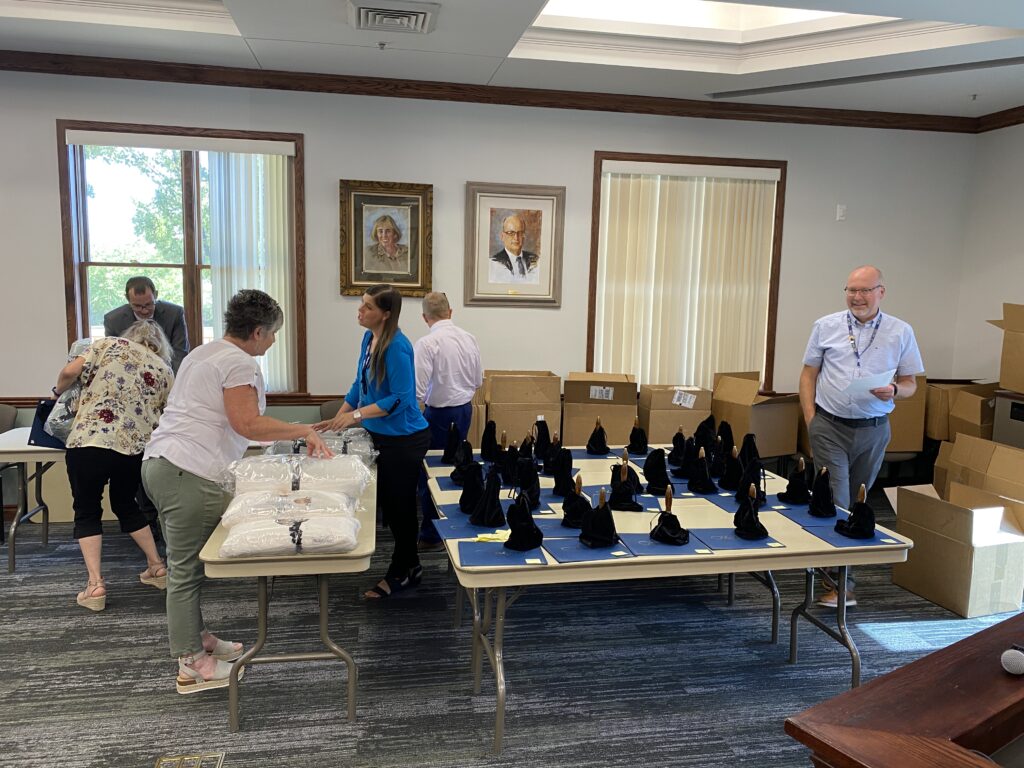 Along with a letter of thanks from the district, retirees received a gift certificate, bell and Minky Couture blanket at the ceremony, St. George, Utah, June 21, 2021 | Photo by Ammon Teare, St. George News 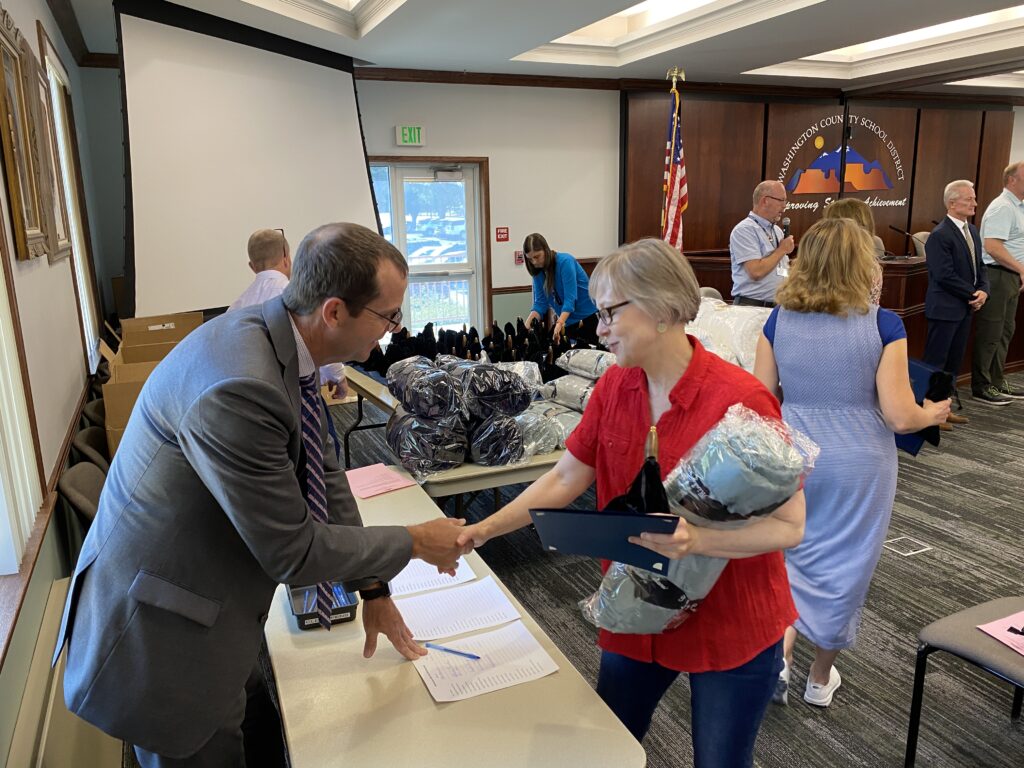 Not your ordinary fundraiser: South Mesa Elementary wraps up second year of performing acts of kindness