TOQUERVILLE — When a retired audiologist whose own hearing aids went missing just a few months before his wife’s death, a manufacturer came to the rescue and provided him with a new pair.

David Miller of Toquerville said his late wife Peggy had dementia in her later years and would occasionally move things around at random and not remember doing it.

One day a few months ago, back in January or February, when his hearing aids were nowhere to be found, Miller enlisted the help of a few family members to search the entire house and even go through the garbage cans.

“We never found them,” Miller told St. George News. “I don’t know if she flushed them down the toilet or what, but they were totally gone.”

Miller had worked as an audiologist for 35 years with the U.S. Department of Veteran’s Affairs in La Jolla, California. He served on the faculty of San Diego State University and also taught at the University of California San Diego.

Miller said he and his wife both graduated from West High School in Salt Lake City, after which he served six months of active duty in the U.S. Army Reserves before serving a mission in Germany for The Church of Jesus Christ of Latter-day Saints. Meantime, Peggy served a church mission in Great Britain, after which she and David were soon married.

Soon thereafter, the newlyweds moved to Oregon, where David Miller initially had wanted to become a landscape architect. But his LDS bishop at the time, who happened to be an audiologist, persuaded him to enroll in an introductory class in that field, he said.

“I fell in love with the ear in that first class,” he said. “I was hooked. I was just amazed at the design of the ear. I just thought, This is incredible. The ear is a miracle.”

After graduating with a bachelor’s degree from University of Oregon, Miller continued his studies in the field and ended up receiving his master’s and doctorate degrees from Utah State University.

The Millers then ended up in Southern California when David landed a job with the VA, which turned out to be the beginning of a rewarding 35-year career, he said.

Following his retirement, David and Peggy Miller moved to Southern Utah, staying at first with Peggy’s parents in St. George before building a home in Toquerville. They have eight children and 19 grandchildren, most of whom reside in Southern California.

Miller said his wife’s condition started to decline as she developed Alzheimer’s and vascular dementia approximately five years ago. She died on April 22 at their home in Toquerville.

Miller said although he can still get by without hearing aids when talking to people one-on-one, he knew wouldn’t have been able to hear much of his wife’s funeral service and associated family gatherings.

After losing his hearing aids and before his wife’s death, Miller reached out to officials at Starkey, an American-made hearing aid manufacturer whose products he’d frequently recommended to his patients.

“I called them and talked to Molly,” he recalled. “I told them I’d issued thousands of Starkey hearing aids. It was my ‘go to’ hearing aid, the one company that I liked the best. And so I asked, ‘Is there any possibility you could comp me one?’ She said, ‘I think so.’”

Starkey officials, led by company president and CEO Brandon Sawalich, then got the ball rolling on Miller’s request, even as Peggy Miller’s health began to fade even faster. Ultimately, they were able to rush a pair of loaner hearing aids for David to use during his wife’s funeral in late April.

Then, approximately one month later, Miller was fitted with a set of state-of-the-art Starkey hearing aids at the Advanced Hearing and Balance Specialists location in St. George.

“I was his last patient,” Miller said of Forbes. “He retired later that same day, after he fitted me with the hearing aids.”

Starkey representative Erek Winnett, who was also on hand for the fitting, said the hearing aids Miller received are the most advanced in the company’s line, with artificial intelligence, health and GPS tracking, automatic fall detection and rechargeable batteries, among other features.

“When I found out that Mr. Miller had a situation where his wife had inadvertently tossed his hearing aid, we absolutely jumped at the chance to provide something back to him,” Winnett said. “Not only has he worked at the VA and provided for our nation’s heroes, he is also a veteran himself.”

“I know it’s not unique in the Starkey world, but it was the first time I got to be a part of something like that,” he added.

Miller said he is enjoying being able to hear things clearly again.

“It was absolutely a blessing and continues to be to this day,” he said. “I’m just very appreciative to Starkey for being willing to do that for me.” 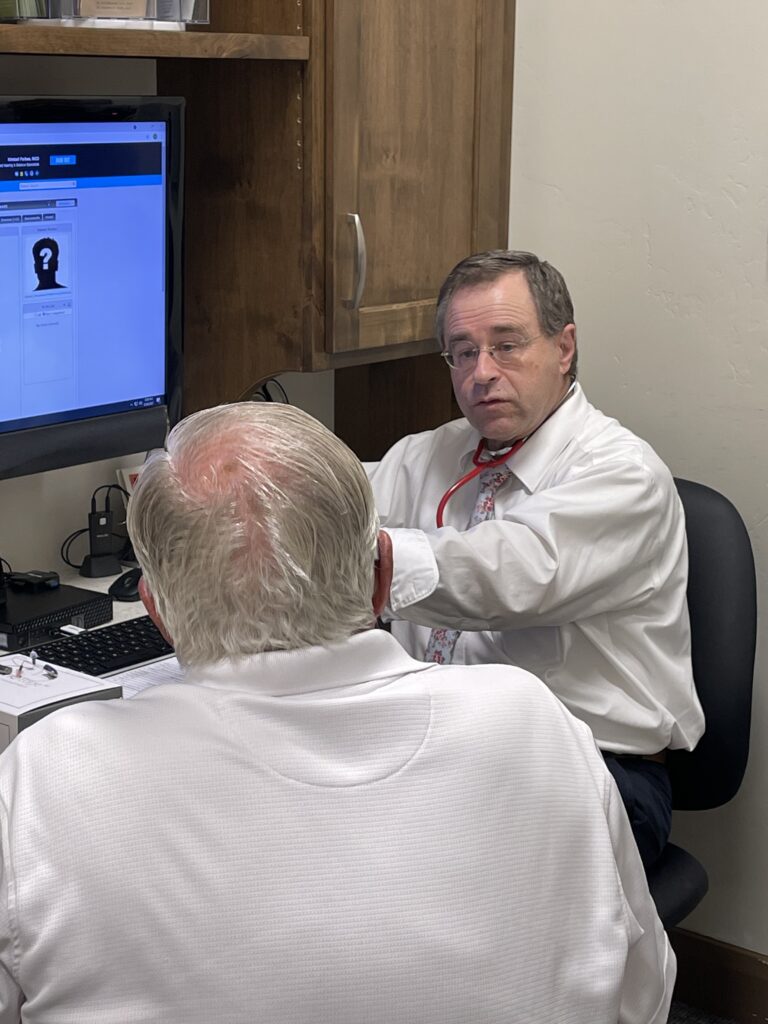 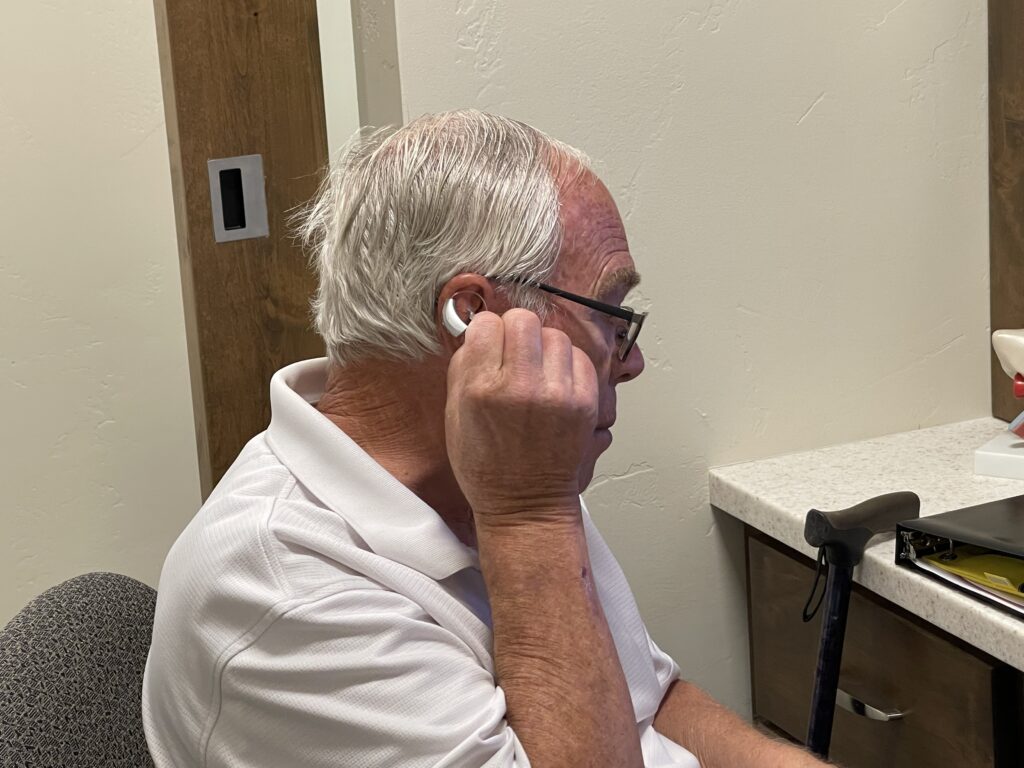 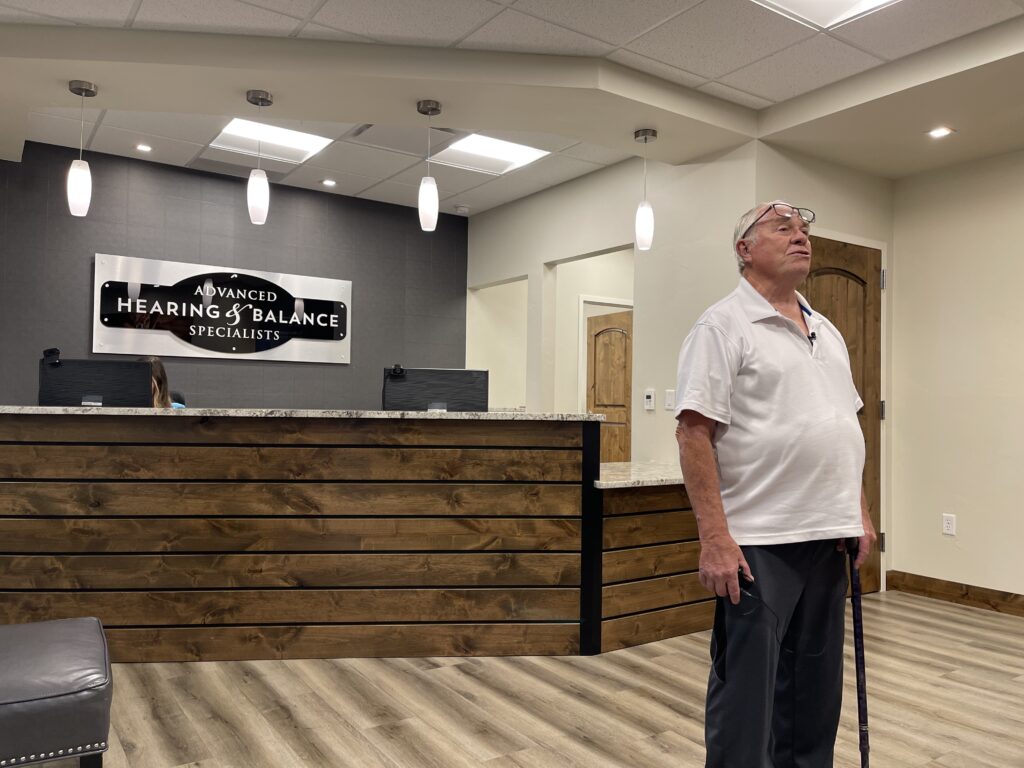 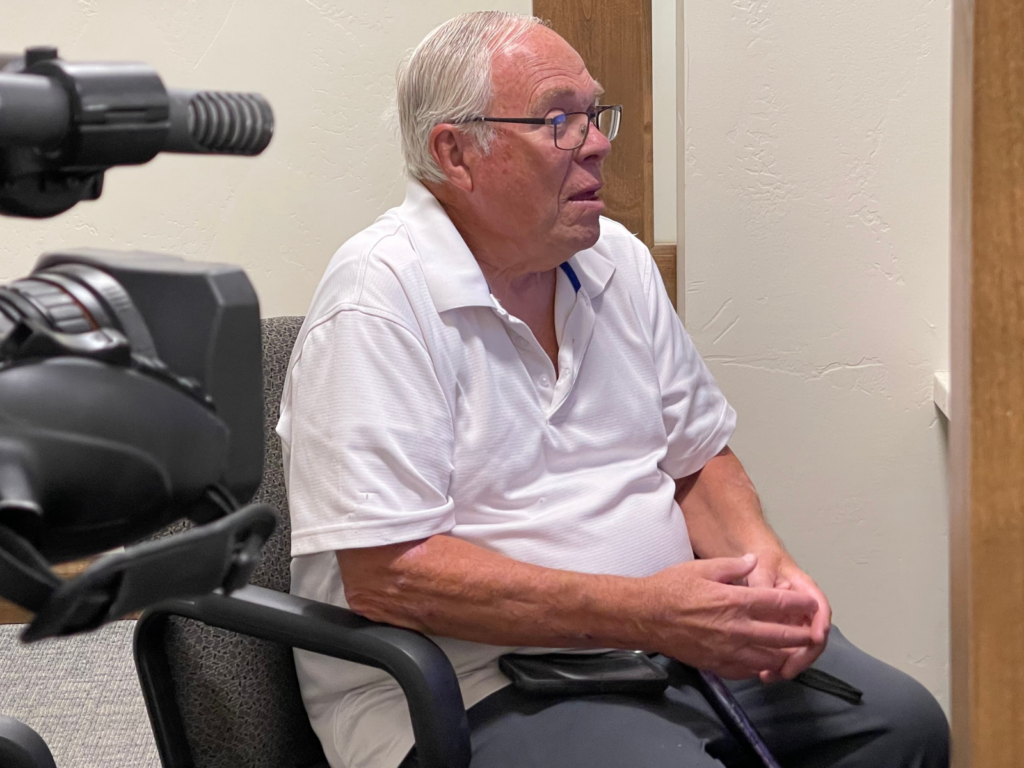 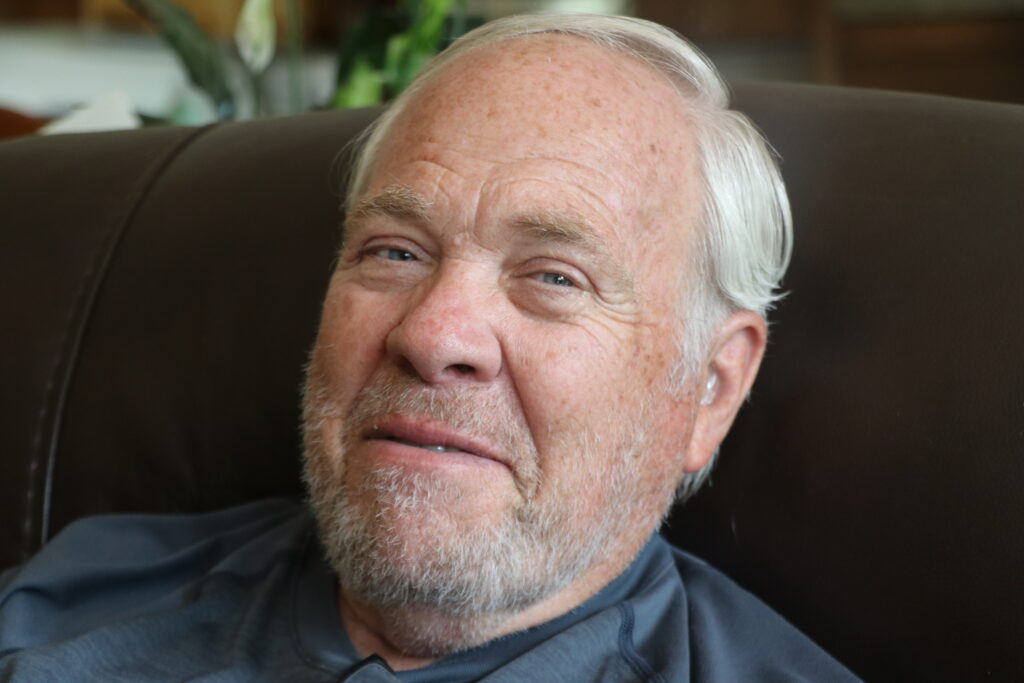 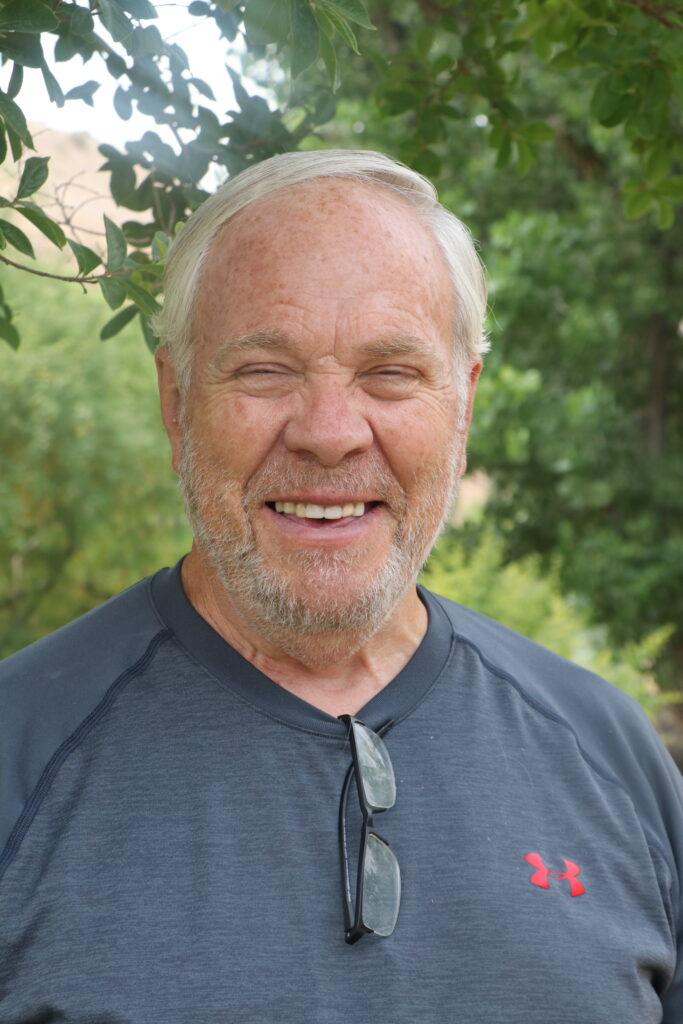 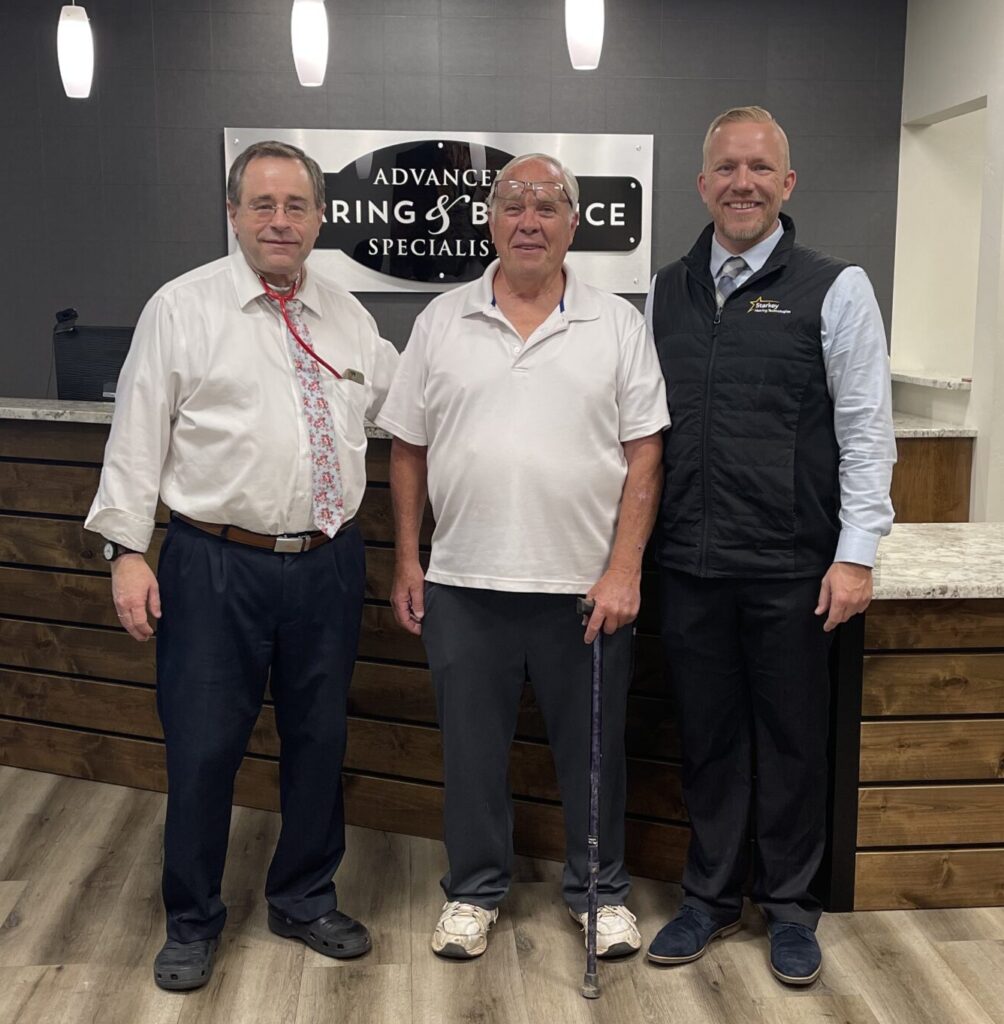