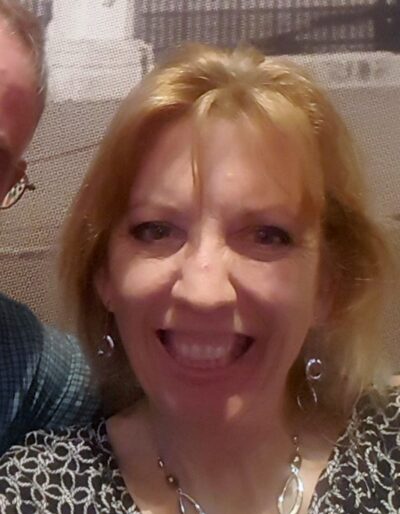 Cindy Jean McCracken-Williamson, born in Mt. Holly on March 8, 1963, has passed away. She died at the age of 58, on June 13, 2021, in St. George, Utah. Her parents are Acie Walter McCracken and Helen Jean Emmons. She married her husband Michael Charles Williamson in Pemberton Township on Feb. 16, 1985.

Cindy was raised in Browns Mills, where she went to school through the Pemberton Township School District. She attended several tax courses after high school to help excel her in her career in the tax profession. Her hobbies included but were not limited to going to the beach, gardening, playing bingo, going for nature walks, visiting Atlantic City, and shopping.

Her interests weighed heavily around being with her family. Later on in life, after having her two daughters, she became a member of the Catholic faith, but was open-minded about spirituality. Cindy spent the majority of her life in Browns Mills, New Jersey. She spent a few years living on McGuire Air Force Base housing and towards the end of her life, Cindy moved out to St. George, Utah in October of 2019.

Cindy is survived by her husband Michael Williamson; her two daughters, Veronica and Chelsea Williamson; and her sweet little granddaughter, Arcadia Williamson. Her siblings are Debe Martinez, Jason McCracken and Shannon McCracken. She was preceded in death by her father, Acie McCracken.

The family would like to thank the staff of Southgate Assisted Living Facility and Suntree Home Healthcare and Hospice services of St. George, Utah for their excellent and tender care of Cindy for the past year and a half.

Also tending to Cindy’s care for the last eight months, on a 24/7 schedule, has been Bernadette McClafferty, an angel in disguise. Thank you so much, Bernie. The family would also like to thank Chris Beckstead of NuMotion, a mobility servicing agency of St. George. Cindy also used the nutritional services provided by Sean Inselberg of Nutritional Wellness Center, located in Palmyra, New Jersey.

Cindy’s family held a simple viewing on June 15, 2021, to thank the healthcare providers that tended to Cindy with great care. The family has made arrangements for a funeral mass and burial in New Jersey, later in the year. A notification will be put in the local newspaper, as well as a Facebook post, to make known the time, date and location as the time gets closer.

Family and friends are invited to share tributes online at SerenityStG.com. Arrangements and memorial tree planting by Serenity Funeral Home of Southern Utah, 435-986-9100.