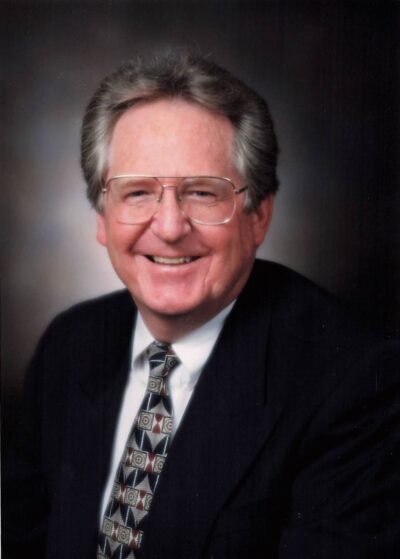 Dr. Booth’s roots run deep in the red sands of Dixie. He started at West Elementary and helped plant the trees that are still part of the city courthouse. Craig was extremely popular with the other kids because he had a television that the kids could watch during lunch. He was the police chief at Woodward Junior High School where he rescued his future wife from the clutches of a would-be suitor.

He attended Dixie High School, was on the basketball and football teams where he lost a classmate, Wendell Hafen, on the football field. He and Coach Walt Brooks tried their best to resuscitate him with no success. He then attended Dixie Junior College where he was on the honor roll every quarter and ran for student body president and lost by one vote. He then served in the North Central States Mission, serving from Winnipeg, Canada, to Sioux Falls, South Dakota and held many leadership positions.

After returning home he courted Maureen and asked her to marry him on the steps of the Fine Arts Building before she participated in the D-Day royalty. After three years at Dixie, and a week after they got married, he started medical school at the University of Utah. He was the medical student body president where he acquired the nickname “Stokley.”

After medical school, he did his internship at Harbor General Hospital in Torrance, California. Before finishing his surgical residency, he was contacted by Dr’s Fawson and Staheli to join them in St. George in general medicine.

Starting his practice in St. George, he was immediately busy and has delivered every person we ever met at Paula’s Restaurant or Chuck-a-Rama, including almost all of you reading this. He became Utah Doctor of the Year in 1994 and was awarded by then-Gov. Michael Leavitt. He was president of the Utah State Medical Association from 1987 to 1989 and was always active in state medical politics.

After returning from this mission, he continued to work for Intermountain Healthcare in the rehab center on the top floor of the old hospital. He then moved to the wound clinic where he made a significant impact on the lives of so many that he enjoyed getting to know over the days and weeks he worked with them.

He retired in 2016 at the age of 72 but took his expertise to the Doctor’s Free Clinic and Booth Wellness Center located at Dixie State. He was a founding member of the St. George Exchange Club and was on the St. George water and power board for many years. One of his proudest contributions to the community is the flagpole on the Red Hill.

In his church callings he was a talented gospel doctrine teacher, was a bishop twice at Dixie State, a counselor in his home ward and home stake, became a very well-loved mission president, and later served as a temple worker in the St. George, Utah, Temple for three years.

Craig enjoyed flying his airplane for many years, hiking in the Subway where he single handedly caused the overcrowding leading to the requirement of a permit to make the hike, four wheeling while holding a Diet Coke in one hand and checking Facebook in his other, riding in ambulances because he couldn’t stay on his bike and a helmet was of no use, spent over 40 years in Pine Valley and cumulatively five years in Lake Powell.

Craig and Maureen traveled all over the world together, and with friends, and many foreigners were introduced to the Doc Booth version of “Free at Last”. He was in attendance at any sporting event he could find and was named the State of Utah Fan of the Year several years ago.

Funeral services will be on Friday, June 11, at the St. George Stake Center (500 N. and Bluff) at 11 a.m., with overflow at the Red Hills Chapel. Visitations will be Thursday, June 10, from 4-9 p.m. at Spilsbury Mortuary and Friday, June 11, 9-10:30 a.m. at the Stake Center. Internment will take place at the St. George Cemetery. The Booth family invites everyone to line the streets of Tabernacle from 300 West to the cemetery to pay their last respects as the procession passes by.

In lieu of flowers, donations may be made to the Doctor’s Volunteer Clinic of St. George (1036 E. Riverside Dr., St. George: www.doctorsvolunteerclinic.org).

For those that would like to attend virtually, please use the Zoom link:

Arrangements are made under the direction of Spilsbury Mortuary, 110 S. Bluff Street, St. George, Utah, 84770, 435-673-2454. Friends and family are invited to sign Craig’s guestbook at www.spilsburymortuary.com.