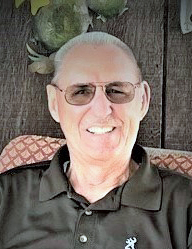 With heavy hearts we had to say goodbye to our husband, father, grandpa, brother, uncle and friend. David Raphael Leavitt age 75 passed away suddenly on May 28, 2021, in St. George, Utah, joining his mother who passed just 16 days earlier. He was born on March 7, 1946, in St. George, Utah to Lee Raphael and Wilma Bowler Leavitt.

He was raised in St. George, Utah, as a youth until age 14. His family then moved away to San Antonio, Texas. He graduated from Robert E. Lee High School in 1964. After graduating from high school, the family moved back to St. George. He served a mission for the Church of Jesus Christ of Latter-day Saints in the Northwestern States from 1965 to 1967. He spent the rest of his life as a devoted member of the Church.

After his mission he attended Dixie State College. One day he was called out of class to be told his father had suddenly passed away. This changed the course of his life as he chose to take care of his mother and siblings instead of pursuing his desire of becoming a seminary teacher. He took over his dad’s previous maintenance and yard service at the Washington County Administration Building. David married his sweetheart, Marsha Rose McAllister, on April 12, 1968. He was drafted in October 1968 went to the Vietnam War in May of 1969 and served his country for a year and eight days.

After his service in Vietnam, he briefly drove a gas truck at Holt Oil for one year. After the short run with Holt Oil, he got back into the maintenance and yard services with his wife. Together they took care of the 3rd Ward Chapel, Dixie State Bank, and the Washington County Library. Later he started a business with his brother Steven known as Leavitt’s Building and Yard Maintenance. He continued in that work until he retired.

He loved tinkering in his yard, and he took great pride in keeping it maintained and beautiful! He loved to hunt with his boys and extended family. He loved watching the Jazz and the Dodgers play. Most of all he loved being behind the scenes of the camera at family gatherings where Marsha provided food and his children and grandchildren visited and laughed together.

At these times, his home was never quiet. There were always lots of people trying to hear and be heard. He was always close to his mother. He and Marsha, along with his siblings, took great care of her for much of her last few years until her last day!

FAMILY was most important to Dad!

Dad we miss you!