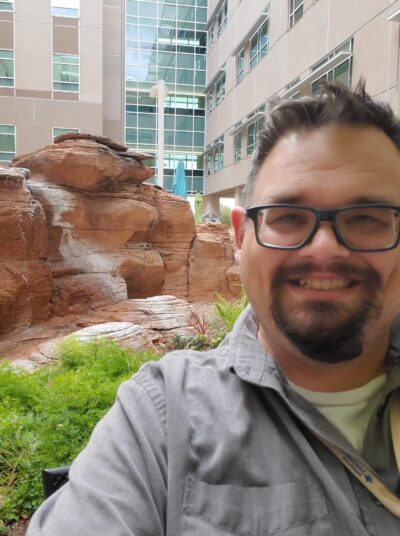 Matt graduated from Catholic Central High School in 2000. In high school, he enjoyed being in the band where he played the trumpet. After high school he joined the Marines where he was deployed to Iraq. He was medically discharged due to an injury. On June 1, 2006 in San Antonio, Texas, he married Eva Thomas. They later moved from San Antonio to Northville, Michigan. After the birth of Peter they moved out to St. George, Utah, where he was a Dispatcher for the Police Department. He then decided to go to school to be a nurse of which he worked at Dixie Regional Medical Center until his recent illness and passing.

He is preceded in death by his loving wife, Eva Marie, 16 months earlier.

The family would like to thank the entire staff of Dixie Regional Medical Center. All of the friends who have rallied around the kids, Trinity Lutheran Church and Academy and the Serenity Funeral Home.

In lieu of flowers the family requests prayers for peace, acceptance, and for the grandparents to be the best guardians possible for their children in a way which honors Eva and Matt and keeps their memory alive.