ST. GEORGE — The driver of a white Honda CR-V traveling south through the intersection of 3050 East and Deseret Drive/450 North reportedly ran a red light and collided with a white Toyota Prius in St. George at approximately 2:45 p.m. Monday.

One of the passengers in the Toyota Prius was transported to St. George Regional Hospital by Gold Cross Ambulance. St. George Police Officer Ean Williams said he didn’t have any further information about the severity of the passenger’s injuries but that everyone else was relatively unharmed.

Williams told the St. George News that an eyewitness confirmed that the CR-V ran the red light. Traffic was able to continue along 3050 East Deseret Drive/450 North once both vehicles were out of the primary traffic lanes.

The front of the CR-V was crushed against the rear passenger door and wheel well of the Prius, leaving noticeable damage on the Prius and scattering broken pieces of the CR-V’s fender along 3050 East.

Both vehicles were disabled by the crash and had to be towed from the scene, Williams said.

“Just pay attention,” Williams said. “You want to keep at least a good 15 seconds of visual down the roadway so you know what’s coming and you know if the light is changing. You don’t want to run the red light and cause a crash.”

The St. George Fire Department and St. George Animal Services assisted at the scene with directing traffic and clearing the roadway.

This report is based on information provided by law enforcement and may not contain the full scope of findings. 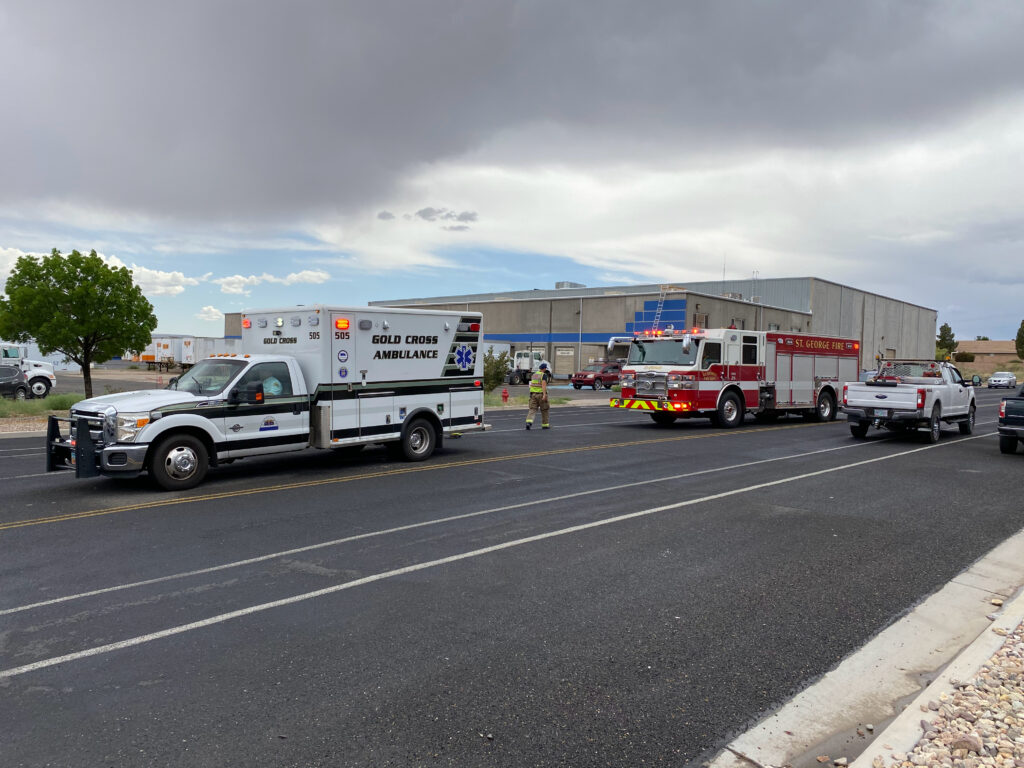 Paramedics with Gold Cross Ambulance transported one individual from the scene of the accident, St. George, Utah, May 17, 2021 | Photo by Ammon Teare, St. George News 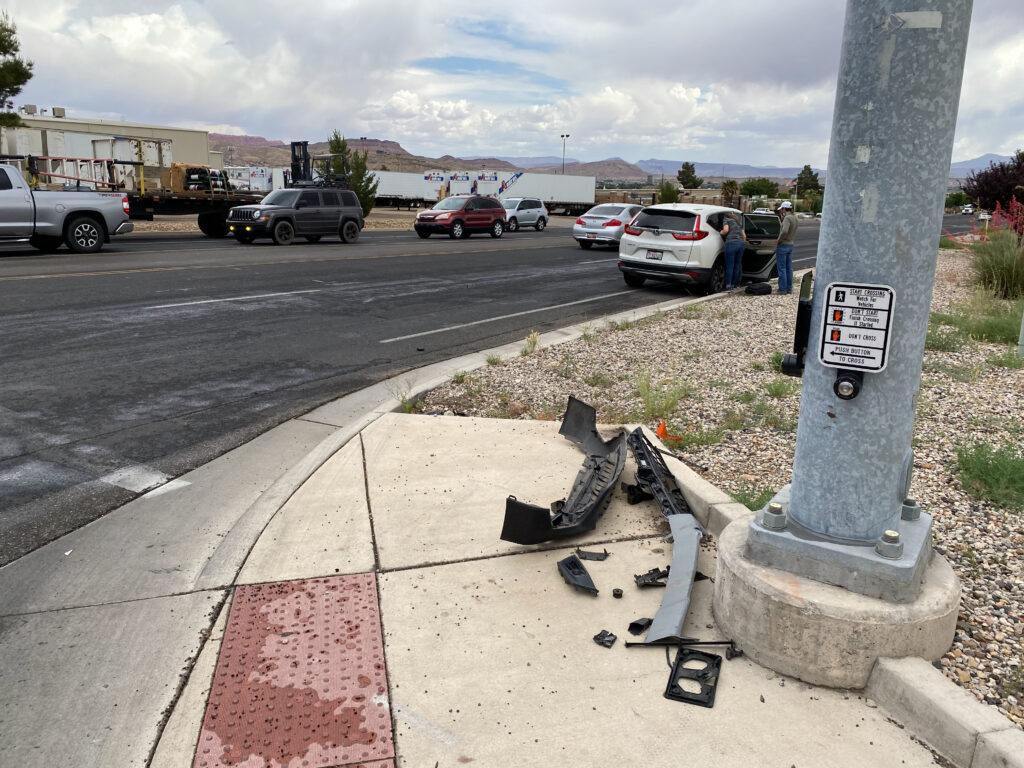 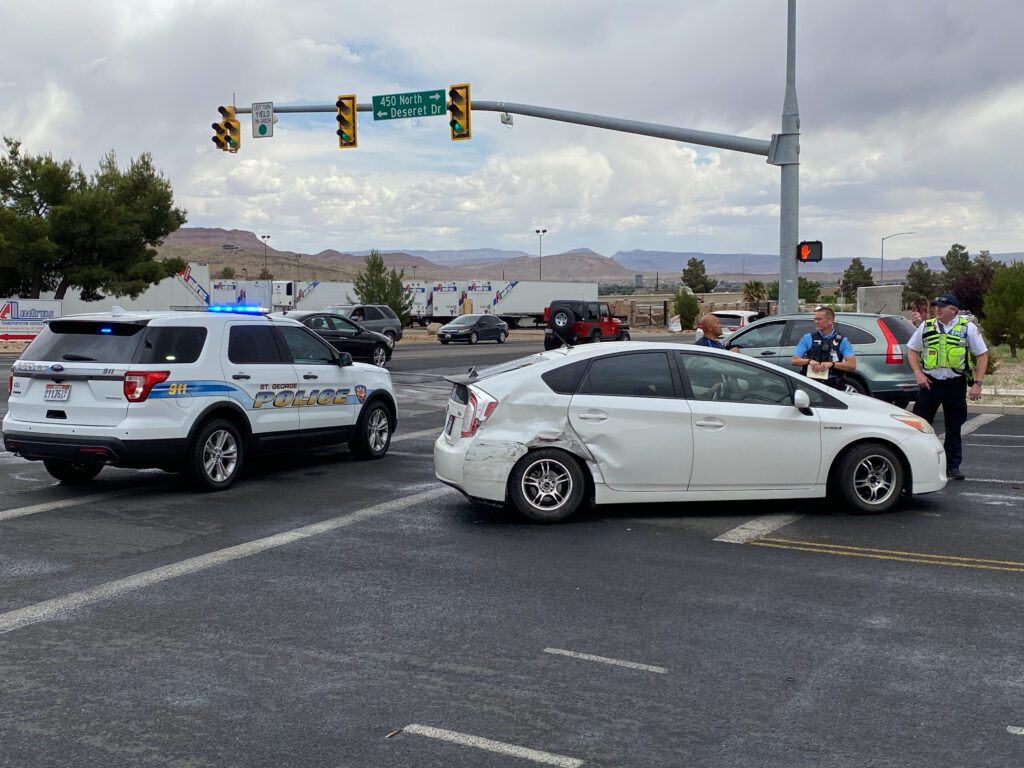 A view of the aftermath of a red light runner colliding with this white Prius at the intersection of 3050 East and 450 North/Deseret Drive, St. George, Utah, May 17, 2021 | Photo by Ammon Teare, St. George News 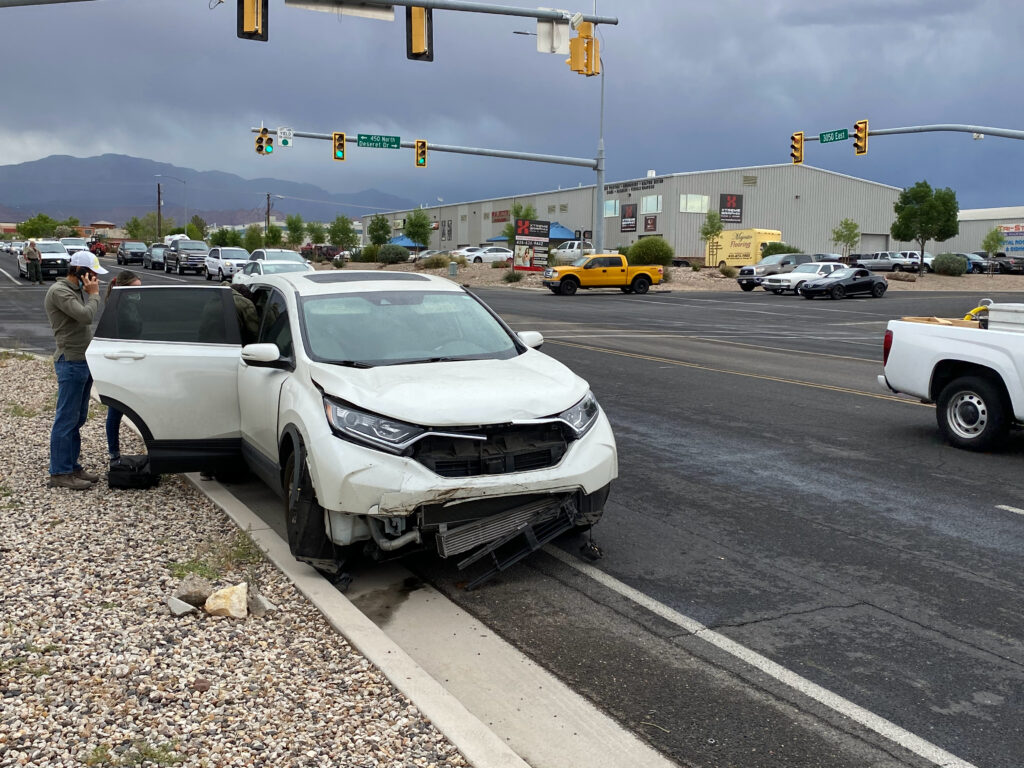 The driver of this Gonda CR-V ran a red light and struck the passenger side of a Toyota Prius on Monday, St. George, Utah, May 17, 2021 | Photo by Ammon Teare, St. George News