WASHINGTON CITY — Local artists in Washington City made some money on Saturday and helped clean up their town at the same time.

As previously reported in St. George News, the event was used to kickoff Neilson’s Lift, Clean and Place initiative. He borrowed the golf expression to name the community effort that encourages citizens to help pick up trash in Washington City.

The arts council thought the initiative provided a perfect excuse to create the Trash Art Show, which featured art compositions made exclusively with bits of trash.

In the family category, Kirsten Faulkner and her daughter Melanie were on hand to collect the first-place prize for their work, “Growth.”

The piece is a sparkling green and brown tree made out of broken glass bottles.

“I was born here and have been in and out of this place my whole life, and it seems like the bigger we get the more garbage we find,” Faulkner said. “I wanted to make something beautiful out of garbage so it symbolized how growth is a good thing and a bad thing. It can be beautiful and it has downfalls too.”

Faulkner added that her children did a large part of the work on the piece.

“It was a lot of fun. I just used this as a way to teach them how to pick up glass safely because that’s what they were always bringing me,” Faulkner said. “Now, I have a 1-year old and a 2-year old that are pros at picking up glass.”

Paula Barker won second place in the adult category with her artwork, “Mushroom Menagerie.” It featured numerous mushroom-shaped pieces made out of bottle caps, golf balls, screws, keys and a wide assortment of items she found with her husband on walks around Green Springs.

“I’ve been collecting mushrooms for 50 years,” Barker said. “The first one I got was made out of a salt and pepper shaker that I got on our honeymoon at a Yellowstone gift shop. I’ve got hundreds of them.”

Husband Laur Barker helped with collecting material and sawing the base.

“I just did technical support,” he said. “She’s the artist.”

Jennison Lichfield won first place in the teen category with her work, Rattlesnake. The piece is a three-foot-long rattlesnake made entirely of spent shotgun shells.

Her inspiration for the title came while walking around collecting the shells.

“I didn’t want to get bitten by a rattlesnake,” Lichfield said. “I had no idea I won, so when they told me I thought it was cool.”

Winning first place in the adult category and collecting the mayor’s prize was a piece named Aloft Over the Fields, by Tina Stergios. She said she recently moved to the Washington Fields area.

“I have balloons coming down literally in our streets some days,” Stergios said. “They usually take off over and land in the fields right across the road. I kept finding stuff that kept driving me to the theme of balloons.”

Appropriate for the pandemic year, some of the bits of trash she used in the piece are thrown away masks.

“I think it can really take off,” Stergios said. “Washington City is poised to grow exponentially right now, and I know there’s other artists moving in and we’re always looking for opportunities to expose our artwork and get integrated into the community.” 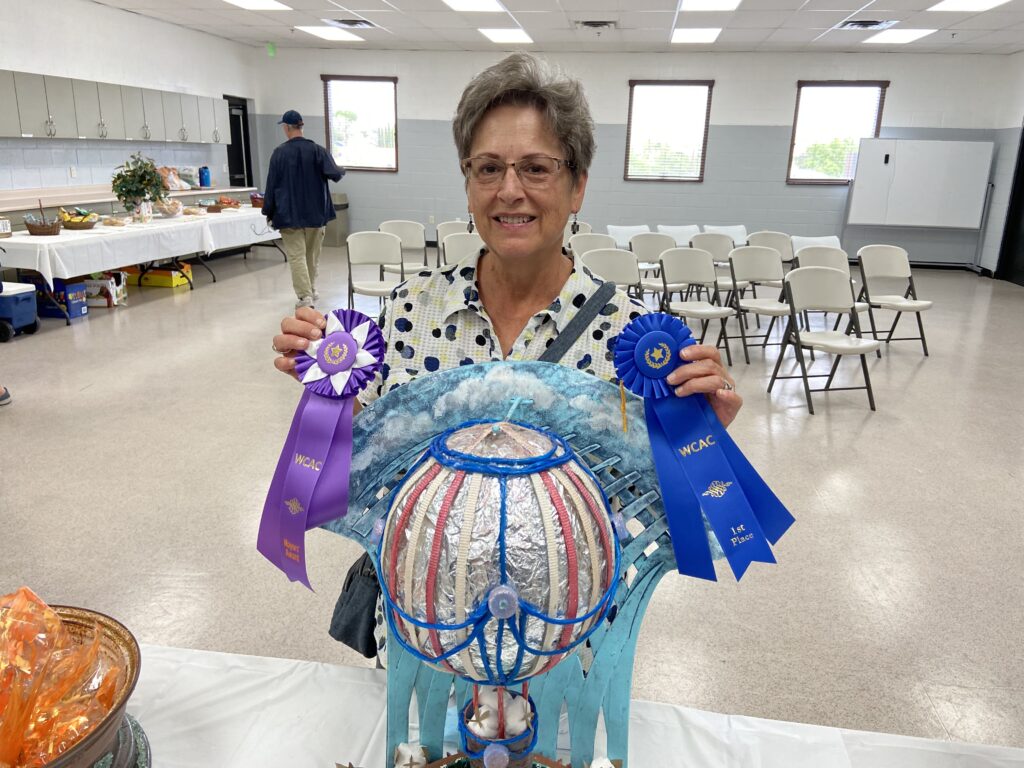 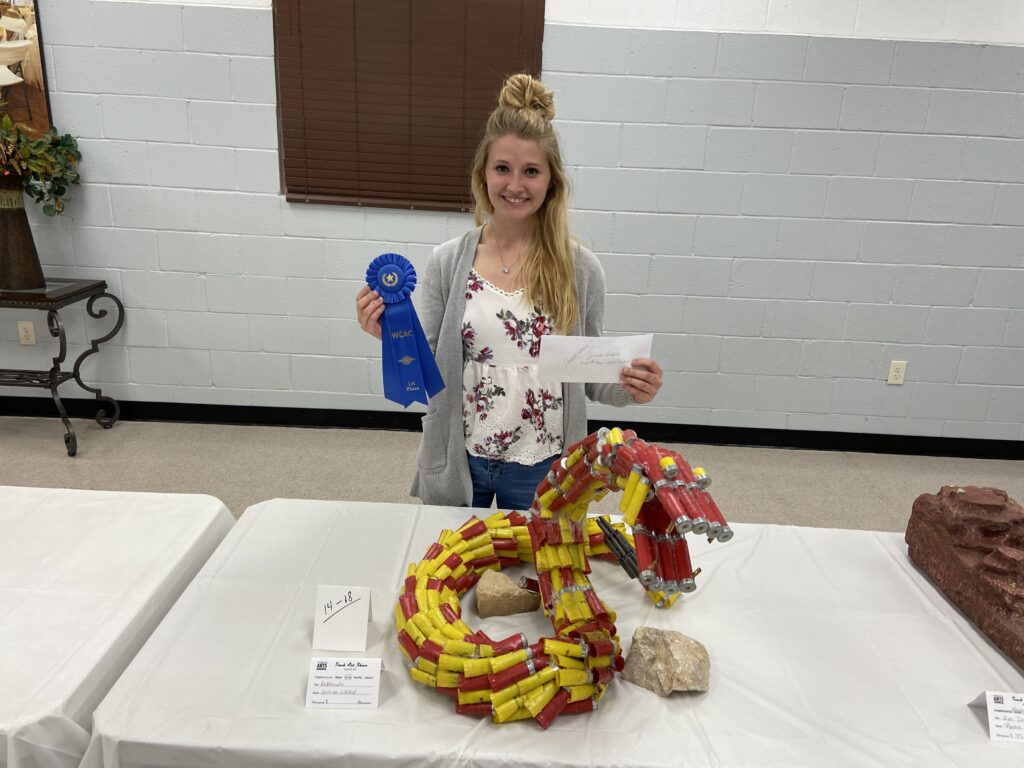 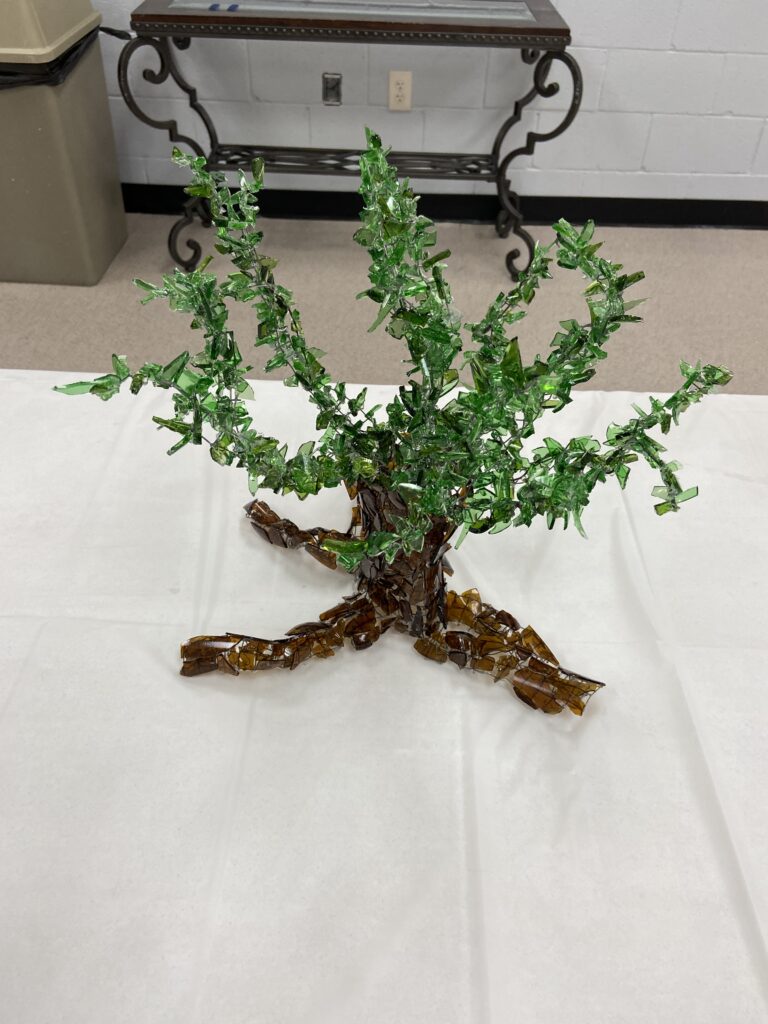 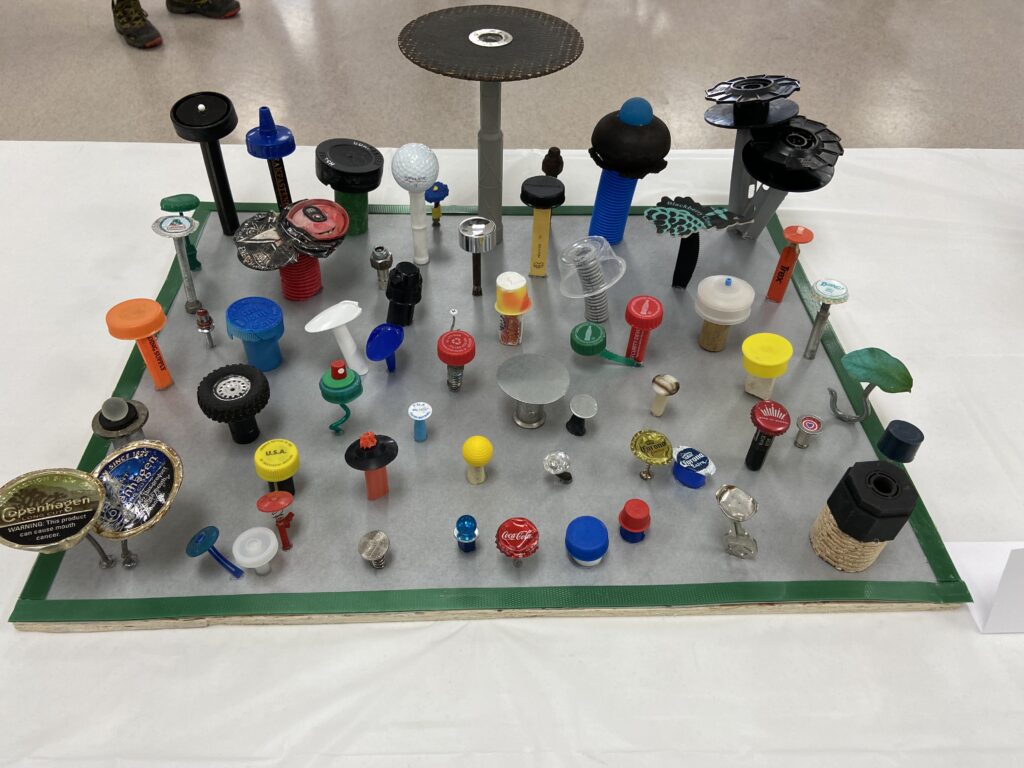