ST. GEORGE — Desi and Trent Tucker officially opened the doors to their InXpress shipping and logistics franchise Thursday with a promise to give back to their new community through a partnership with a local nonprofit, Bulanaries.

The celebration Thursday included speeches from the new owners and high-level executives, food and beverages, live music and a ribbon-cutting ceremony overseen by the St. George Chamber of Commerce.

“Opening up this sales office is like a dream come true,” Desi Tucker said. “We really hope to make a very positive impact – not just by investing in people and helping businesses with their shipping needs, but also through partnering with a local nonprofit to provide birthday parties to homeless children throughout St. George.”

InXpress, which started in the United Kingdom, has over 450 franchise locations across 14 different countries and is approaching $1 billion in annual revenue. The Tuckers first got involved with the company after starting a franchise in Seattle in 2017. Desi Tucker said they decided to relocate to St. George for their children’s education and because of the growing business opportunities that St. George offers.

During her time in Seattle, Tucker said she was involved in an organization called Birthday Dreams, which organized birthday parties at 72 shelters in the Pacific Northwest. Now that they are in St. George, the Tuckers are hoping to collaborate with the recently formed Bulanaries to host birthday parties at local homeless shelters.

Bulanaries was founded by St. George residents Dustin and Jazmine Hansen, who are also involved with InXpress.

Jazmine Hansen said it is because of this association with the company that Bulanaries was founded. Hansen said when she and her husband started the first InXpress franchise in the United States in 2006 in Atlanta, things were really hard for the couple financially.

“We had a lot of people serve us – bringing over a basket of food or something – always anonymously. And we just said, ‘Someday when we can afford to eat again, we’re going to give back.’”

The couple took a trip to Fiji and were inspired by the hospitality and generosity of the native Fijians. They decided to revisit their earlier goal of giving back to the community by launching Bulanaries on Feb. 26.

Bulanaries was named for the Fijian greeting, “Bula.” Similar to the word “Aloha,” saying Bula is a way of expressing happiness, wishing others good health and saying hello. Dustin Hansen said the inspiration for the nonprofit’s name was a combination of “Bula” and “missionary,” with the goal of being messengers of happiness.

“We’re looking for specific businesses to partner with here in St. George,” Dustin Hansen said. “We really kept Bulanaries quite wide because we didn’t want to get too ingrained with one thing. We just want to see a need and help out. We have a younger son who has some challenges, so children are especially close to our hearts.”

At an InXpress convention earlier this year, the Hansens and Tuckers decided to work together. Using Desi Tucker’s experience with helping homeless children, Bulanaries became committed to hosting birthday parties at homeless shelters in the St. George area.

The newly-opened franchise operated by the Tuckers is located at 720 S. River Road, Building A, Suite 115. The business now employs six full-time workers, but Desi Tucker said they hope to have a team of 10 in one year’s time.

InXpress Co-Founder Ken BrockBank recognized the Tuckers for the success of their Seattle franchise and said that their franchise was in the top 20% for profits worldwide.

Editor’s note, 1:30 p.m. April 25: The first name of the Hansens was incorrectly identified in a previous version of the story. 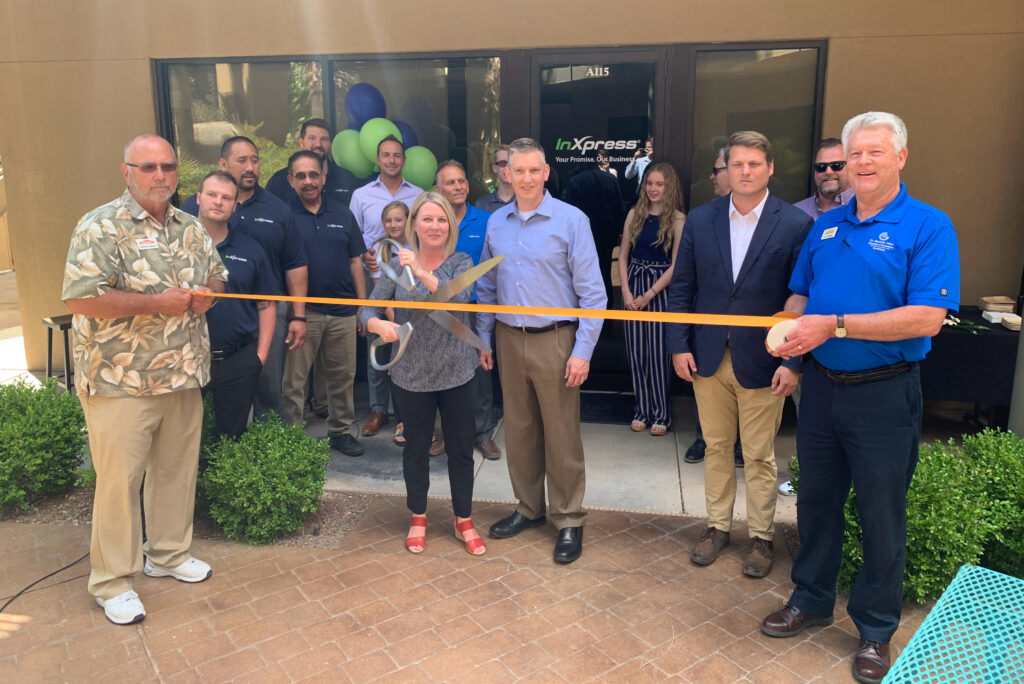 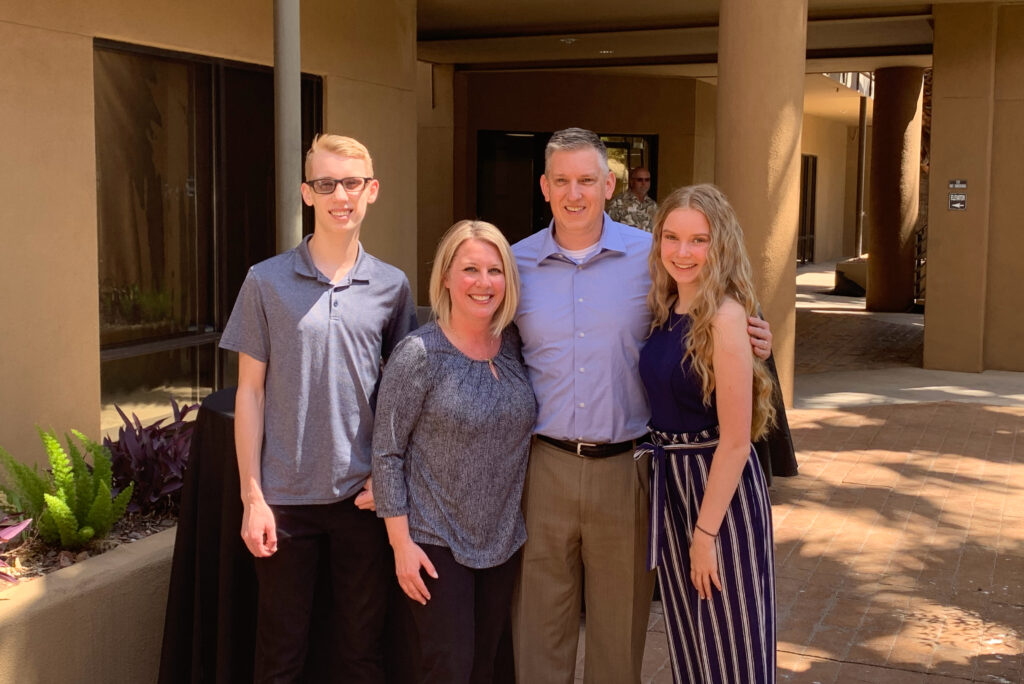 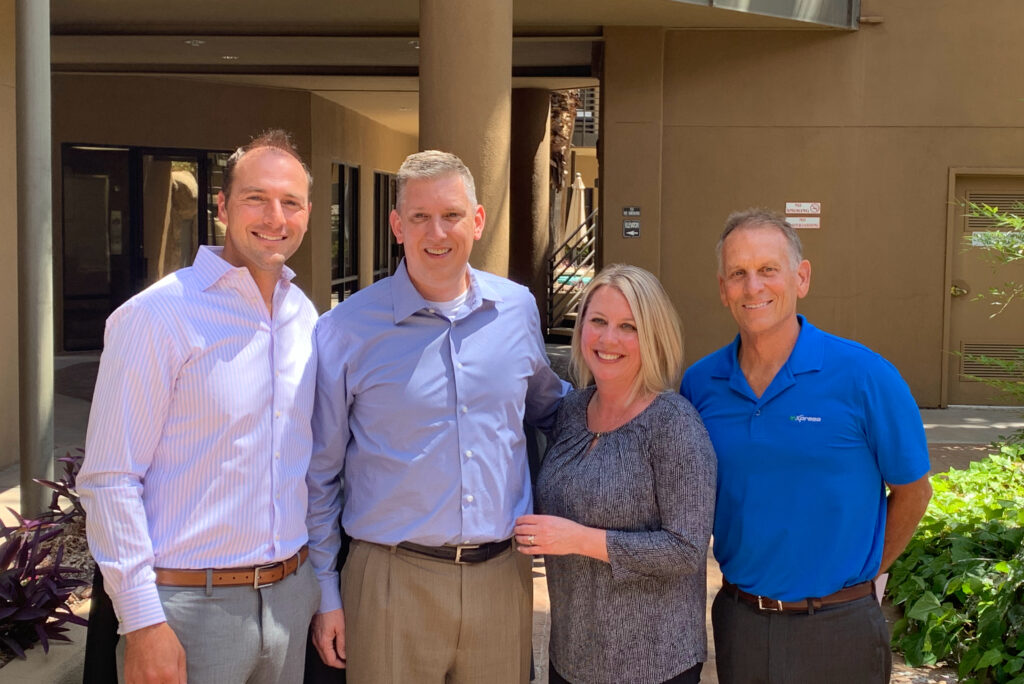 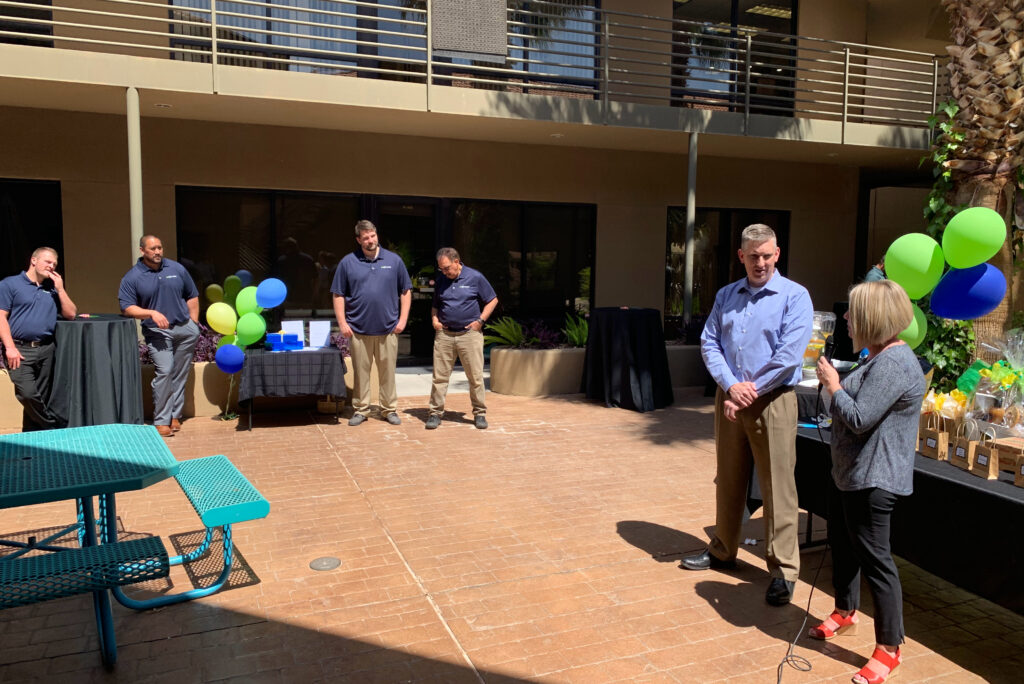 Desi Tucker welcomes the members of the public and invited guests alongside her husband. Employees at the new InXpress franchise are pictured in the background, St. George, Utah, April 22, 2021 | Photo by Ammon Teare, St. George News 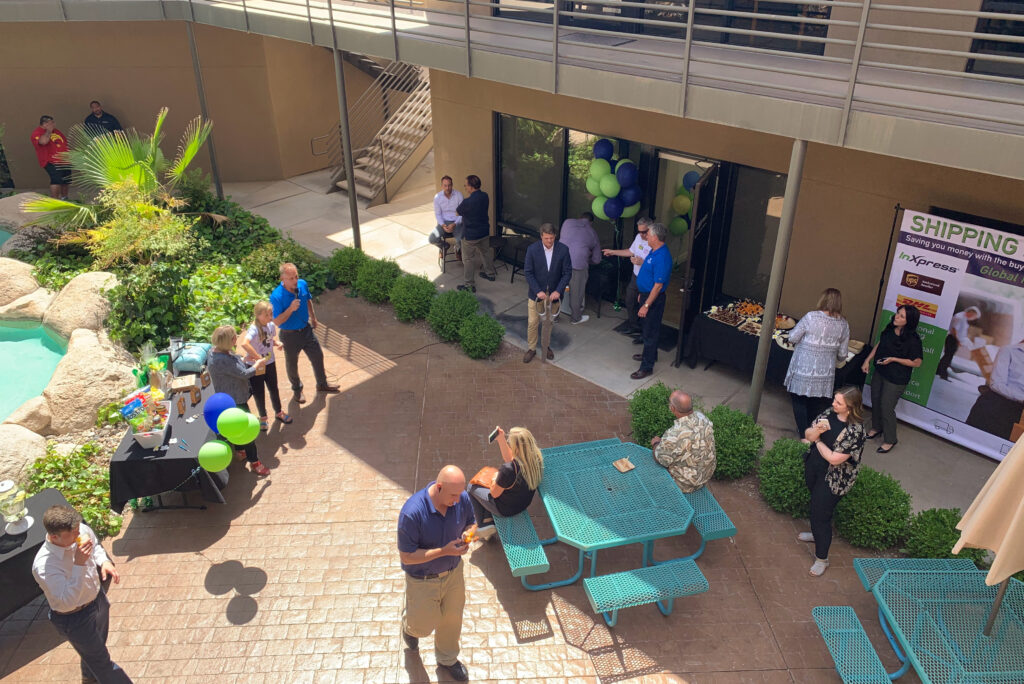