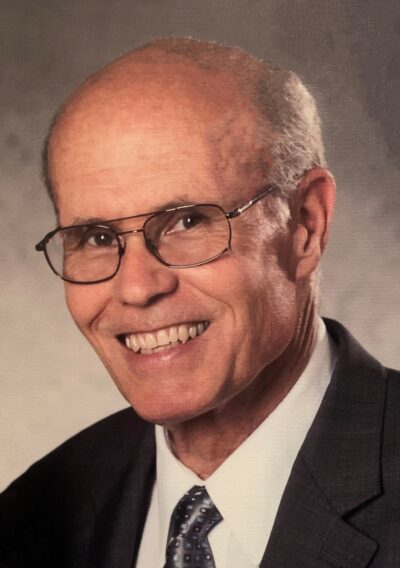 Richard attended schools in San Luis Obispo and graduated from California Polytechnic College in 1970. During that time, he served a mission for The Church of Jesus Christ of Latter-day Saints between 1964-66 in the North Central States Mission in Minnesota and Canada.

Richard began teaching at Boron Junior Senior High School in 1970, instructing math, auto shop, wood shop and earth sciences for 37 years. He retired in 2007. In addition to teaching academic classes, Richard served as the athletic director for the Boron Bobcats for eight years. He was a jack of all trades employee, fixing anything and doing everything he could to help. He was named Kern County Teacher of the Year 1987.

Richard loved singing in choirs and barbershop quartets and enjoyed participating in community theater. He was a dedicated disciple of Jesus Christ, serving in many church capacities over the years. He enjoyed his time serving in the Los Angeles Temple, most recently as a member of the temple presidency.

Richard lived in service to the Lord by being of service to everyone around him. He was loved by all who knew him, and he will be remembered fondly.

For those who would like to participate virtually: https://us02web.zoom.us/j/86352582404?pwd=WjluSjBNOVpod0RmY3JhTk1yRWpUZz09