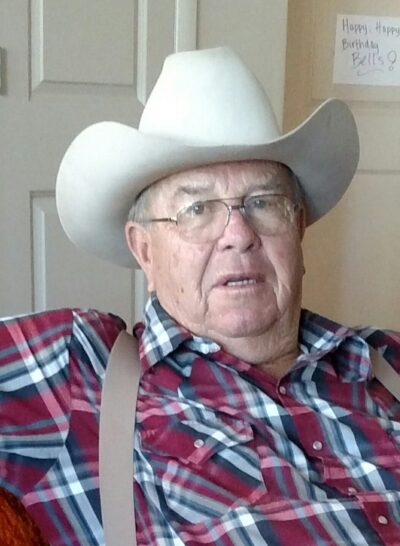 Dean was born Dec. 26, 1938 in Brigham City, Utah, to Myron Mayne Adams and Erma Kate Harper. He was the third boy, then came his baby sister. He loved to share the memories he made with his family growing up. In 1948, his family moved out to the ranch in Nevada. This is where his time was spent cowboying, playing basketball, rodeoing, and pursuing his eternal sweetheart, Janet.

On Feb. 13, 1960, he married Janet Harrison. The couple moved to Logan, Utah for Dad to continue his education. They were living in Brigham City when they had their first daughter, Jean. Shortly thereafter they moved back to the Adams Ranch in Nevada. Here Kent, his only son, would be born. In 1964, they moved to Idaho to farm and ranch. Angie and Kate would be born there.

Even with farming and working additional jobs, he made time to play ball, which created lasting memories and friendships. In 1982, they moved to Elko, Nevada where he worked with incarcerated boys. He was able to connect with them and make a positive impact on their lives. As a hot shot crew chief there, he selected the boys that were striving to change which created a very successful team under his direction. In 1986, they moved to St. George, Utah. He loved the warmer weather and being able to make everyone up north jealous of his roses.

He was able to influence many youth here in the young mens program and coaching basketball. In 2007, he was able to once again have a few cows and horses. Being able to go back to what he loved kept him young. His final years were spent devoting his time to his sweetheart, Janet. Family was always important to Dad. Memories of stories he’s told will stay with us for eternity.

Dean was a member of The Church of Jesus Christ of Latter-day Saints. He served in many callings over the years, including a locater mission and then serving an 18 month mission in Sacramento, California. He loved the time he was able to spend with Mom while in the mission field.

He was preceded in death by his wife Janet, his parents Myron and Erma, brothers Vernile and John, sister Kate and grandson Lance.