ST. GEORGE — A bicycle rider died from traumatic head injuries following a crash on the Southern Parkway on Tuesday, an incident that witnesses say was caused by a piece of debris in the roadway that became lodged in the spokes of the bike’s front wheel.

Shortly before 11 a.m. officers and emergency responders were dispatched to a report of a traumatic incident on westbound state Route 7 near the River Road exit after a passerby saw a rider lying on the shoulder.

Gordon MacFarlane, a long-time friend and riding partner of the man who was killed that day, reached out to St. George News and provided the details of what led up to the incident involving 75-year-old Bill Woodard, who was transported to St. George Regional Hospital and later died from his injuries.

MacFarlane said Woodard was visiting from Washington State and was planning to return home Wednesday. At the time of the incident, MacFarlane had been riding in front of Woodard as the two headed westbound on SR-7. All of a sudden, MacFarlane said, a vehicle pulled alongside and yelled to him that a rider was lying along the roadway just east of the River Road overpass.

“I assumed Bill was right behind me that whole time,” he said, “and I wasn’t aware there was a problem until that motorist told me.”

MacFarlane turned and headed back in the direction of his injured friend, and by the time he reached him, MacFarlane said, “they were doing CPR and chest compressions on him.”

Woodard was then loaded into an ambulance and transported to the hospital. He never regained consciousness, so he was unable to tell anyone what happened or why he ended up on the side of the road separated from his bicycle.

At the time of the accident, it was believed that Woodard possibly suffered a heart attack or other health condition that caused him to crash and lose consciousness.

St. George Fire Chief Robert Stoker told St. George News that several motorists stopped when they witnessed the rider go down and called 911 while one of the passersby started CPR when they found Woodard not breathing.

Stoker said an officer with the St. George Police Department who was next on scene jumped in and took over life-saving efforts until the St. George Fire Department arrived. Firefighters continued those efforts, and once the ambulance crew arrived, they took over and provided critical care as they rushed Woodard to the hospital.

“So CPR never really stopped once it was started,” Stoker said.

St. George Police Officer Tiffany Mitchell confirmed with St. George News that officers responded to the incident and took a report, but she said it did not include any information on the cause of the incident, nor was “debris” listed in the report.

Mitchell said a report is generated whenever there is an accident, but if there is no vehicle involved or any other cause related to traffic, further investigation is not typically conducted.

Even MacFarlane said he thought his friend must have suffered a heart attack. It wasn’t until later when he saw damage to the wheel and then spoke to a witness who reported seeing a piece of metal stuck in between the spokes of the bike’s front wheel that MacFarlane realized what happened.

Just as Woodard had crossed over the River Road overpass while heading west, MacFarlane said, his friend had apparently ridden over a piece of metal that became lodged in the spokes, an obstruction that brought the bike to an abrupt stop, throwing Woodard forward.

MacFarlane said he was told later at the hospital that Woodard’s neck was broken and that he also sustained traumatic head injuries consistent with a rider being thrown when the bike stopped suddenly.

St. George News received a similar account of the injuries from Jake Woodard, the deceased rider’s son, who flew in Tuesday night so that he could drive his mother back to her home in Washington State. From the extent of the damage to the wheel, he said, it appeared the metal went into the spokes and then wrapped around and hit the fork just above the wheel, which is what caused the bike to stop so abruptly.

Based on the amount of damage found on his father’s bicycle helmet, he said it appears he landed with the top of his head striking the ground first, crushing the top of the helmet as he did so.

He said his father was an experienced rider who had ridden thousands of miles throughout Utah as a former resident of Washington City and that he continued riding during his numerous subsequent visits to the area.

Woodard also said it was really no surprise that so many would step in to help, which was one of the things his father loved about Southern Utah.

“He absolutely loved this place,” his son said, adding that the hospital staff also went “above and beyond” in caring for his father until the very end.

“I can’t thank the police officers, the fire department and paramedics,” he said, “and all of the bystanders who stopped and did everything they could – everything – to save my father’s life.”

He said the incident serves as a “tragic example” of the disastrous consequences that can result from road debris and how a split second can change a family forever.

Road debris and the maintenance of SR-7 falls under the responsibility of the Utah Department of Transportation. Kevin Kitchen, the department’s spokesperson, told St. George News on Wednesday there has been an increase in the amount of debris littering SR-7, as well as the other highways across the county, and that studies are underway to assess the problem.

Even without the results of those studies, Kitchen said the main contributor to the surge in roadside trash appears to come from debris blowing out from unsecured loads, and he said there may be a correlation between the development boom taking place across the region and the amount of debris found on the county’s highways – particularly SR-7.

“That is what our maintenance force is seeing out there,” Kitchen said. “Much of the debris they are finding appears to have come from loads consisting of construction materials.”

He said UDOT is investigating the crash that took place on Tuesday, as is typical in any crash that results in a fatality, and more will be revealed as the investigation progresses.

Regardless, he said, road debris is an issue the department takes very seriously and is something they are working to address, adding they have maintenance crews regularly out there working to clear the debris, but he said motorists also need to take responsibility and make sure they are securing their loads.

“Any loss of life on our highways is a huge concern to us,” he said. 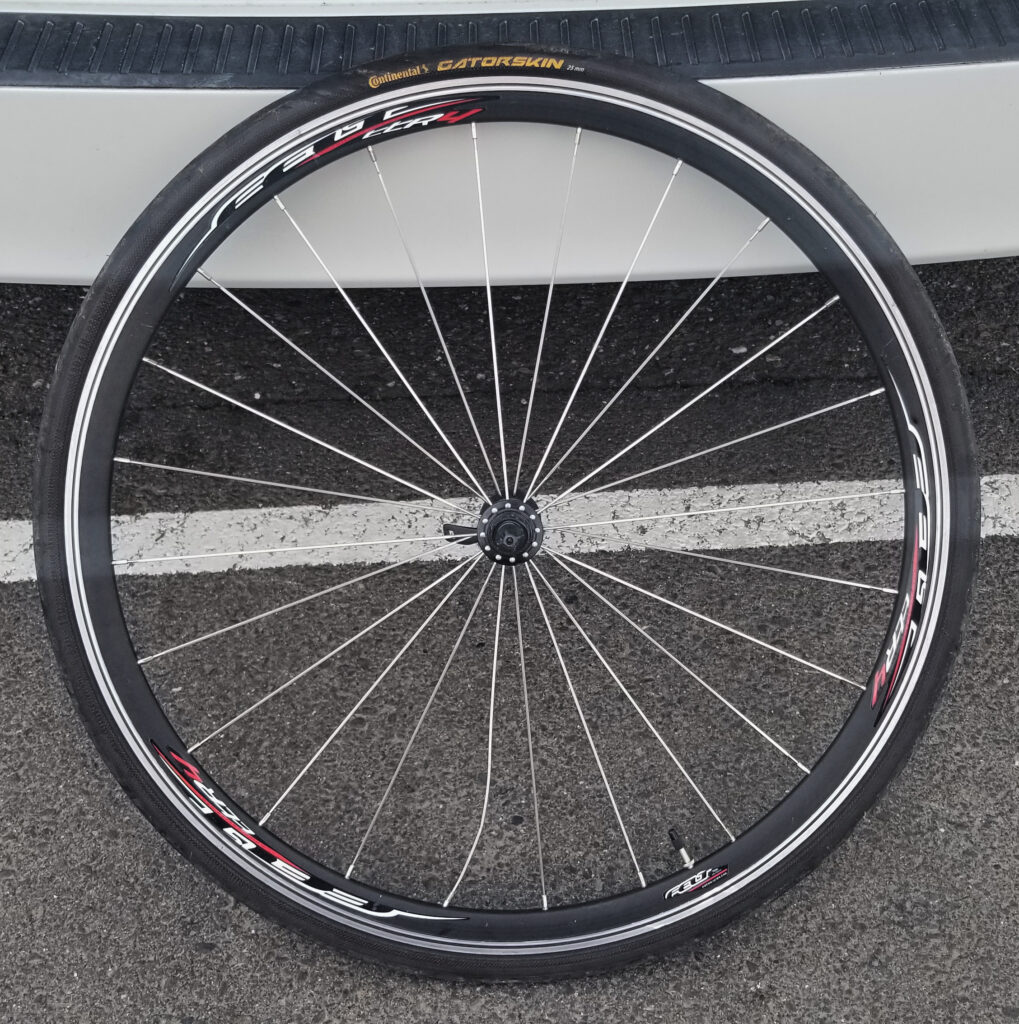 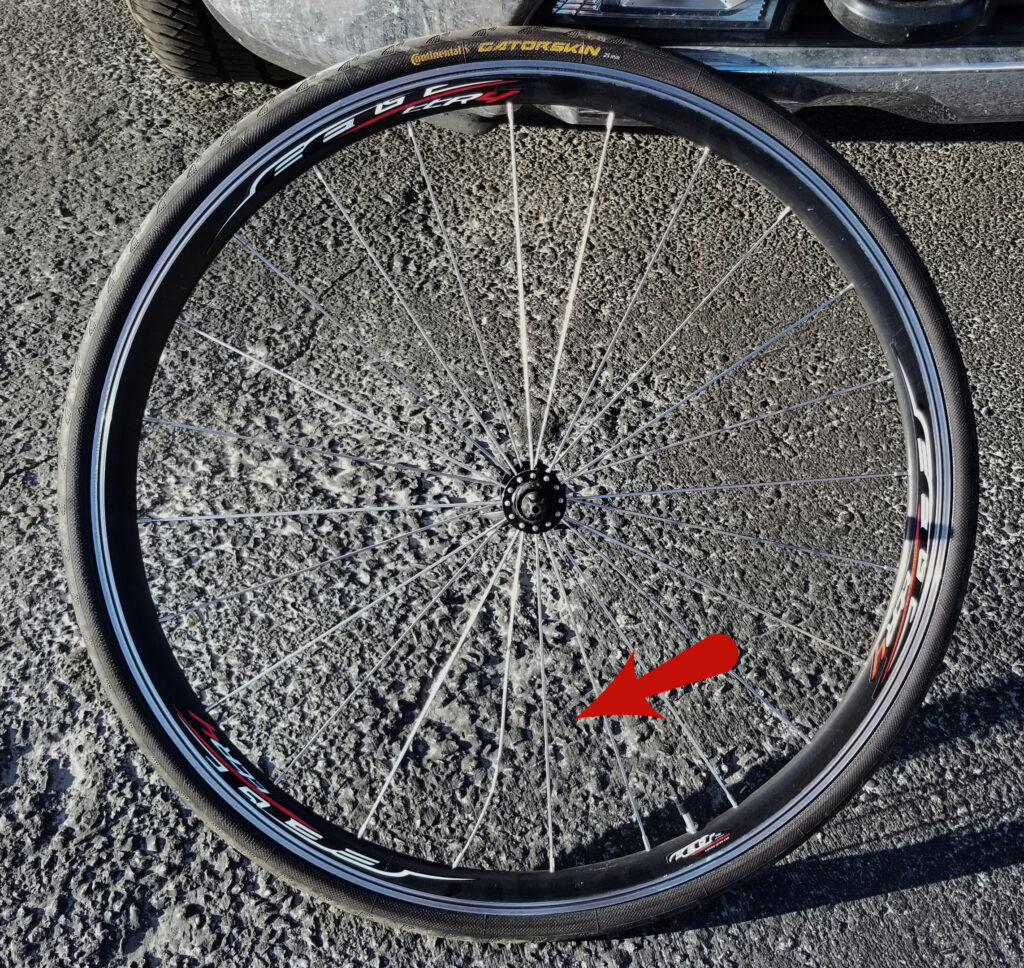 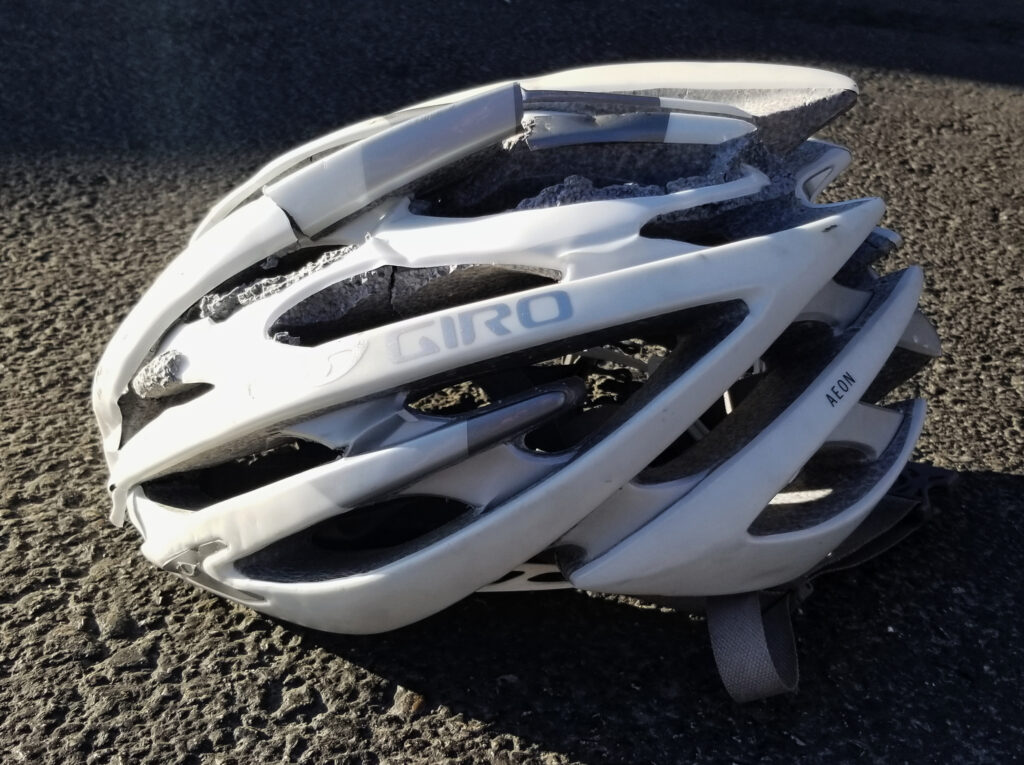 Area near the top of the bicycle helmet that was partially caved in during bicycle crash on state Route 7 in St. George, Utah, April 13, 2021 | Photo courtesy of Jake Woodard, St. George News 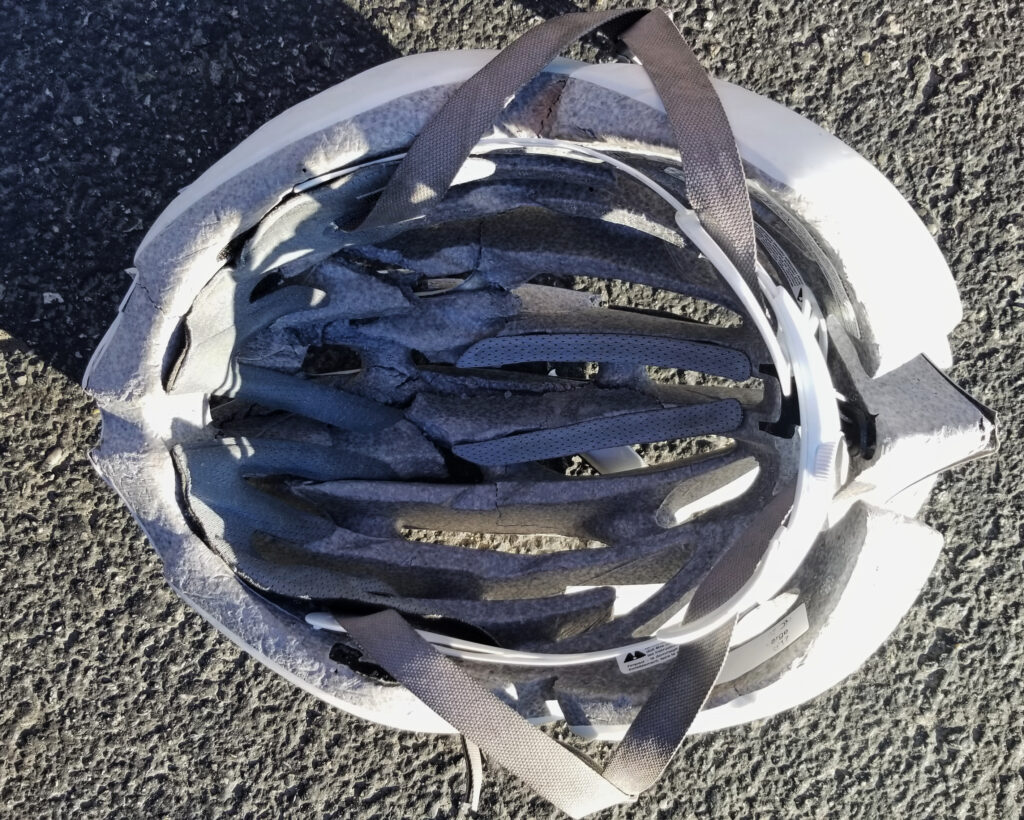 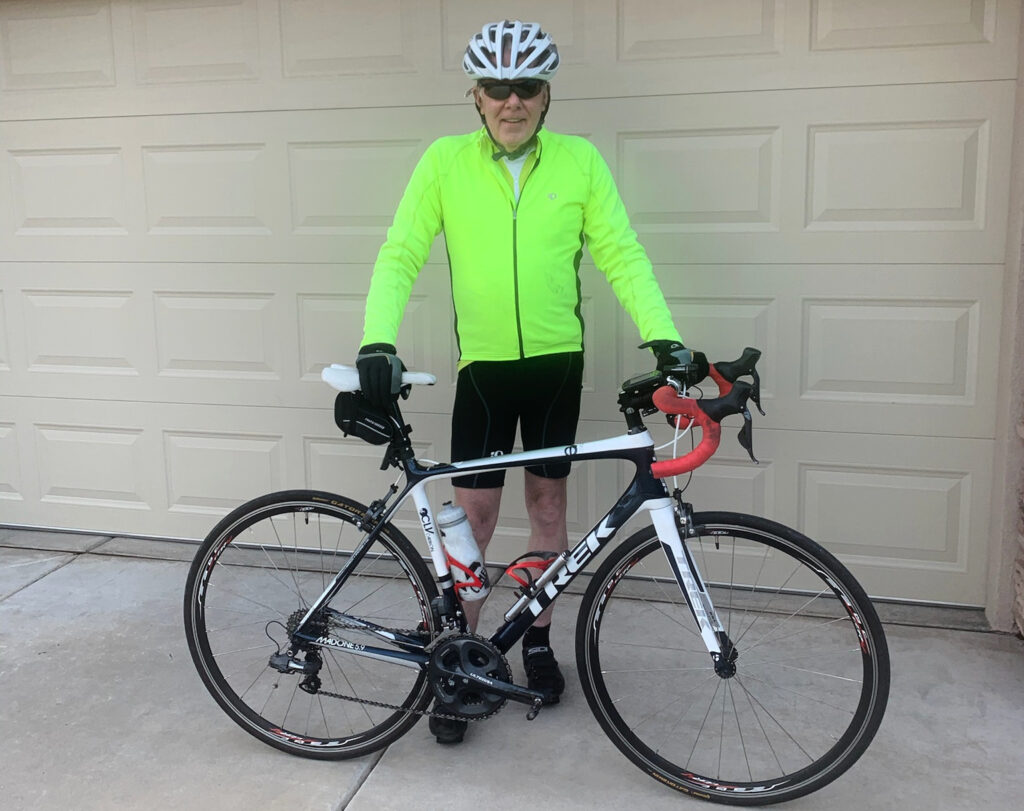 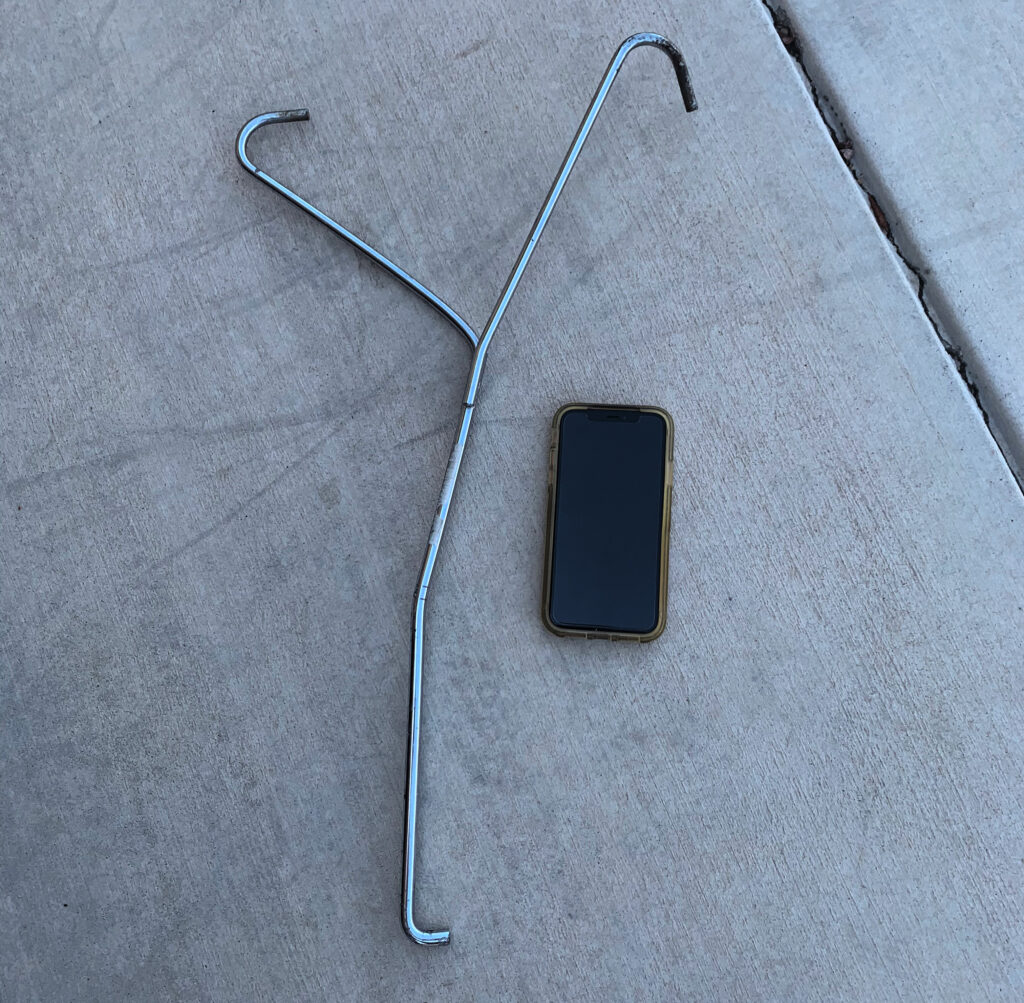 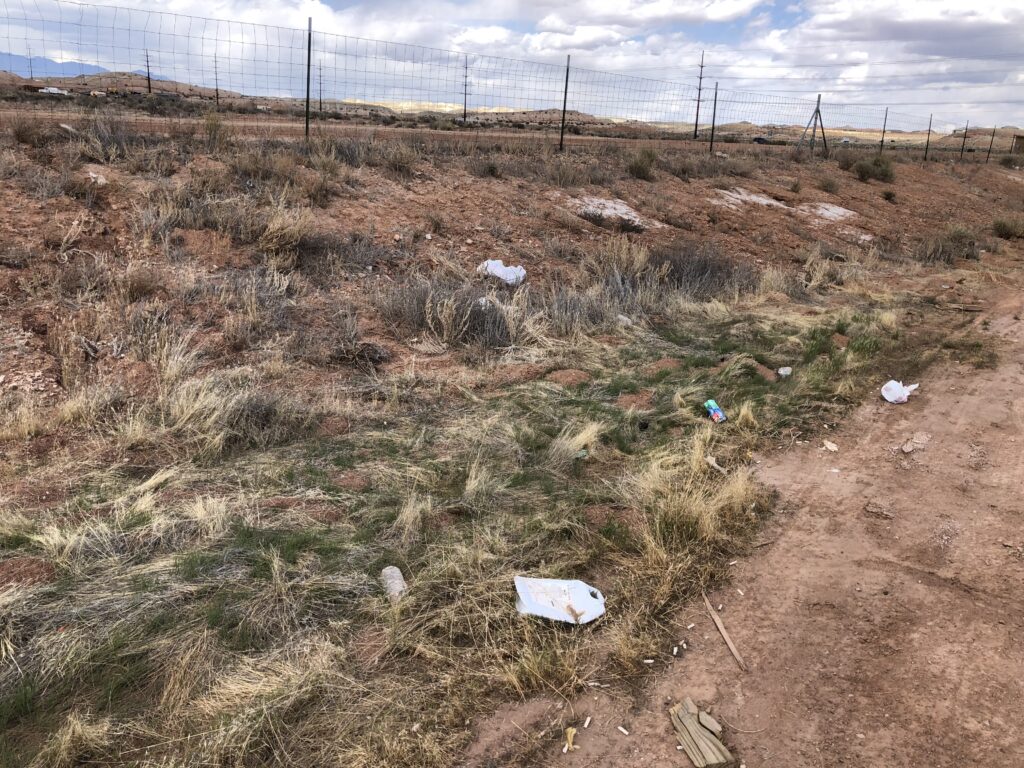 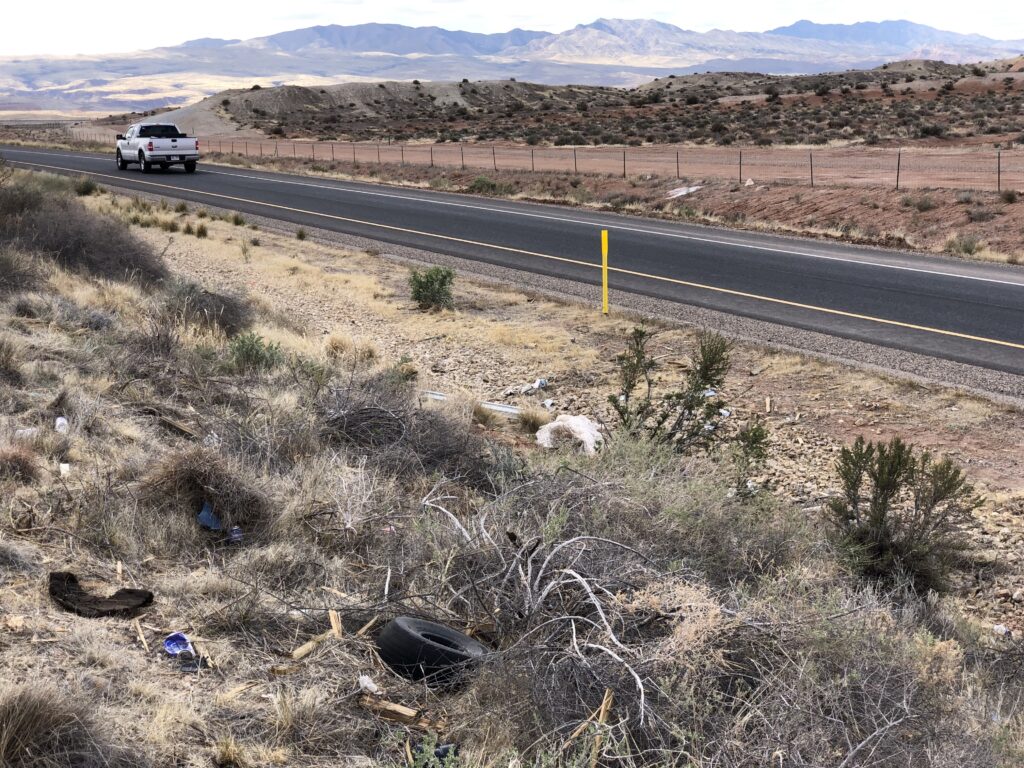 15-year-old boy dies after getting hit by truck in Hurricane, police say

There’s still time to appeal those property values, but the clock is ticking