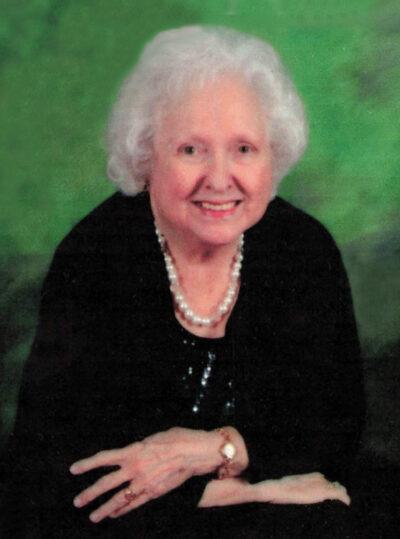 Loweader “Lou” Adline Kemp Ashby Perry, age 88, graduated from this earthly life on April 5, 2021, at home. She was a faithful member of The Church of Jesus Christ of Latter-day Saints, Morningside 4th Ward, St. George, Utah, and was called to be the Relief Society President for the Houston Broadway Ward and the Relief Society President for the Houston Texas East Stake. Lou graciously served both positions twice. She was also a dedicated Houston Temple worker for several years.

Loweader was born in Pearcy, Arkansas to Robert Newton Kemp and Adline Jane Ballard on Feb. 28, 1933, and was the youngest of five children.

She graduated from Hot Springs High School in 1951, attended Ouachita Baptist University, and in the late 1980’s continued her education at San Jacinto College.

Her lifetime work included a Comptroller for several industries, owner/operator of a grocery store in Shepherd, Texas. Lou was an avid reader with a wide span of interest. She loved to travel and has visited England, Ireland, Scotland, France, China, and Japan. As an advocate to serve others, Lou was active in helping those in need with food, shelter, clothing, and jobs. She also enjoyed assisting the missionaries. Loweader loved our Heavenly Father, our Lord and Savior Jesus Christ and our great country.

Lou married James Curtis Ashby Jr, on Feb. 6, 1953, and they were blessed with two children, Jane and James.

On Aug. 7, 1970, she married Robert John Perry in Houston, Texas, and added two cherished children to the family, Mary Ann and Bobby Perry.

Visitation will be held on Saturday, April 10, 2021, 9-10 a.m MT. Funeral Services begin at 10 a.m. MT at Spilsbury Mortuary, 110 South Bluff St. George, Utah. at the Mortuary. Interment is at the Tonaquint Cemetery after the service.

Family and friends are invited to view the funeral service online. Please click on the link http://webcast.funeralvue.com/events/viewer/51694

In lieu of flowers, please donate to your local Food Bank in memory of Loweader Adline Perry.

Arrangements are made under the direction of Spilsbury Mortuary, St. George, Utah, 435-673-2454. Family and friends are invited to sign Lou’s online guest book at www.spilsburymortuary.com.