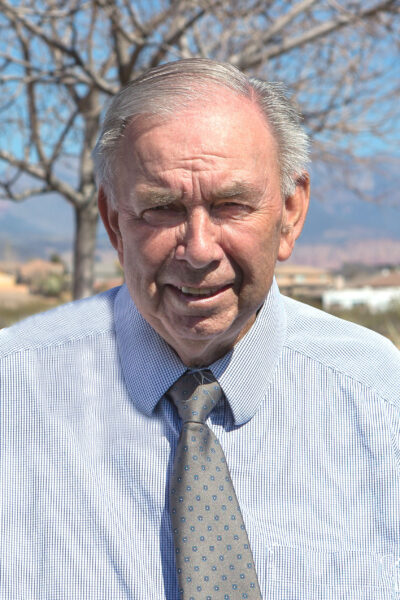 Brent T. Orchard passed away on March 27, 2021, due to natural causes after a prolonged battle with Parkinson’s disease. He was born Oct. 8, 1938, in Brigham City, Utah, to Douglas G. and Eva Bernice Tucker. On May 31, 1961, he married Susan Allen in Logan, Utah. They were the parents of three sons:  Allen Brent (Wyone); Paul D. (Melissa); and Christopher Ryan (A’mee) all of St. George, Utah. Brent and Susan were later divorced.

He respected the game of golf and enjoyed watching the happiness it brought others both young and old. Brent was instrumental in growing the game in Southern Utah especially the junior golf program. Brent was a hard worker. He spent his days behind the counter at the golf course serving the golfing public while developing lasting relationships. He loved spending time at work with his sons teaching them valuable life lessons and the importance of responsibility.

Besides golf, Brent enjoyed watching sports on television and fishing with his buddies. He was a humble, patient, and chivalrous man who devoted his time thinking of others and was willing to help in any way he could. Brent was a member of the Church of Jesus Christ of Latter-day Saints and had a testimony of his Savior, Jesus Christ and his atoning power.

Brent is survived by three children, eight grandchildren, and three great-grandchildren. He was preceded in death by his parents, his brothers Keith and Douglas, and his sister, Denice Witt.

Funeral services will be held on Thursday, April 1, 2021, at 6:30 p.m. with a viewing at 5 p.m. at Spilsbury Mortuary Chapel. Interment will be in the Brigham City Cemetery on Monday, April 5, 2021, at noon. Our family would like to give thanks to The Wentworth at the Meadows and Integrated Senior Care for their service and love shown to Brent these last few years.

Family and friends are invited to view the funeral service online. Please click on the link below: http://webcast.funeralvue.com/events/viewer/51209

Arrangements are made under the direction of Spilsbury Mortuary, 110 S. Bluff St., St. George, Utah, 435-673-2454. Friends and family are invited to sign Brent’s online guestbook at www.spilsburymortuary.com.