ST. GEORGE — At the entrance to the Santa Clara Cemetery, there sits a small stone monument. Inscribed in the stone is a quote from former President Franklin D. Roosevelt’s June 6, 1944 radio broadcast. It reads:

At the time of the broadcast, 160,000 Allied troops had landed in Normandy in an attempt to liberate France. D-Day.

Not quite three weeks later, a man by the name of Fred Wroten landed at Omaha Beach with the 823rd Tank Destroyer Battalion. He died Aug. 8, 1944, in Mortain, France during a German counter-attack known as Operation Lüttich.

Not much else was known of Wroten or his role in the battalion. He was simply one of the thousands of Allied forces who died trying to liberate France.

But to one Southern Utah family, Wroten’s story was important.

Wroten was the great-uncle and the great-great-uncle of Southern Utah residents Tyler Wirick and Jack Wirick, respectively.

The father and son’s journey to learn about and commemorate their relative is a story that spans over a decade and across the globe. It is a story that involves a chance discovery of an old internet message, the kindness of strangers from France and a very ambitious Eagle Scout project.

About 10 years ago, Tyler Wirick was researching his great-uncle, he said. He didn’t have a lot to work with. Wirick’s grandpa, Wroten’s brother, was a World War II veteran who would never speak about his time in combat, Wirick said.

“This reluctance extended to the death of his brother,” he added.

So Wirick took matters into his own hands and posted a message seeking information about his great-uncle and the 823rd Tank Destroyer Battalion on an old internet message board, then waited … and waited.

Months turned into years, and Wirick said he forgot about the message.

Then, about three-and-a-half years ago, Wirick got what he called a “random” email from a man in St. Barthelemy, France.

The man, Thierry Houstin, told Wirick that he was a member of an organization call Asso Soldat Mickael Burik, known as the “Asso,” whose mission is to honor and remember those who fought to liberate France.

Houstin said that he lived very near where Wirick’s great-uncle was buried.

The message came as a surprise to Wirick who said he thought it was probably a scam.

“I quickly learned that the Asso was legit, and they invited me over to visit and offered to take me and my family on a tour,” Wirick said.

Retracing the steps of soldiers

Wirick, his son Jack and his parents flew to France in June of 2019. What followed was what Wirick called an amazing experience of retracing his great-uncle’s steps from landing at Omaha Beach to where he was killed in Mortain, an area called Le Pilon or Hill 285 as the Americans called it, Wirick said.

“We stopped in multiple villages along the way where the mayor of each town had a reception complete with amazing hors d’oeuvres and toasts to France, the U.S., my Uncle Fred and to us. It was moving,” Wirick said.

At one of the receptions, members of the Asso presented Jack Wirick with a canteen and mess kit that had been recovered from Mortain.

Their final stop on the tour was the Brittany American Cemetery where Wroten was buried.

“We were at the cemetery in the late afternoon, and thanks to the Asso, we were given the opportunity to lower and fold the U.S. flag at the end of the day,” Wirick said, adding that it was an amazing experience.

It was so amazing that Jack Wirick decided to have a monument built in France as part of his Eagle Scout project.

With the help of a member of the Asso, the project got underway – Houstin and others began looking for the stone and a suitable location in Normandy, while Jack Wirick washed trash cans in his neighborhood to raise money.

When the regional press in Normandy caught wind of the story, things really came together. The stone, the base and the inscription for the monument in France were all donated.

But the project was soon halted due to the COVID-19 pandemic.

With France completely shut down and Jack Wirick about to turn 18 and age out of the scouting program, he said he decided to build a monument closer to home. The funds were already in place since the materials for the monument in France had been donated.

Members of the Asso Soldat Mickael Burik were enamored with the idea, Tyler Wirick said. With their help, Jack Wirick came up with an inscription paying tribute to all Southern Utah veterans who helped liberate France.

In addition to the Roosevelt quote, the monument reads as follows:

This monument is placed in remembrance of those brave Southern Utahns who sacrificed, fought, and died to liberate Normandy, France, and all of Europe from the evils of Nazism, and to preserve the ideals of freedom for future generations.

For Jack Wirick, preserving the memory of his great-great-uncle, his great-grandpa whom he is named after and all those who served is about more than just a monument.

“If we forget the past, then we doom the future,” he said, adding that preserving those memories is his way of giving back to the many who served in World War II, whether they came home or didn’t come home.

At this Precis place, Jack’s work, the energy of his father’s family is, will be visible to this generation and the future. We have the great honor that in this city of Santa Clara, Utah, the name of our beautiful Asso Soldat Mickael Burik is inscribed in stone. Friendship is thus affirmed, sealed, in the HONOR of all OUR liberty soldiers. 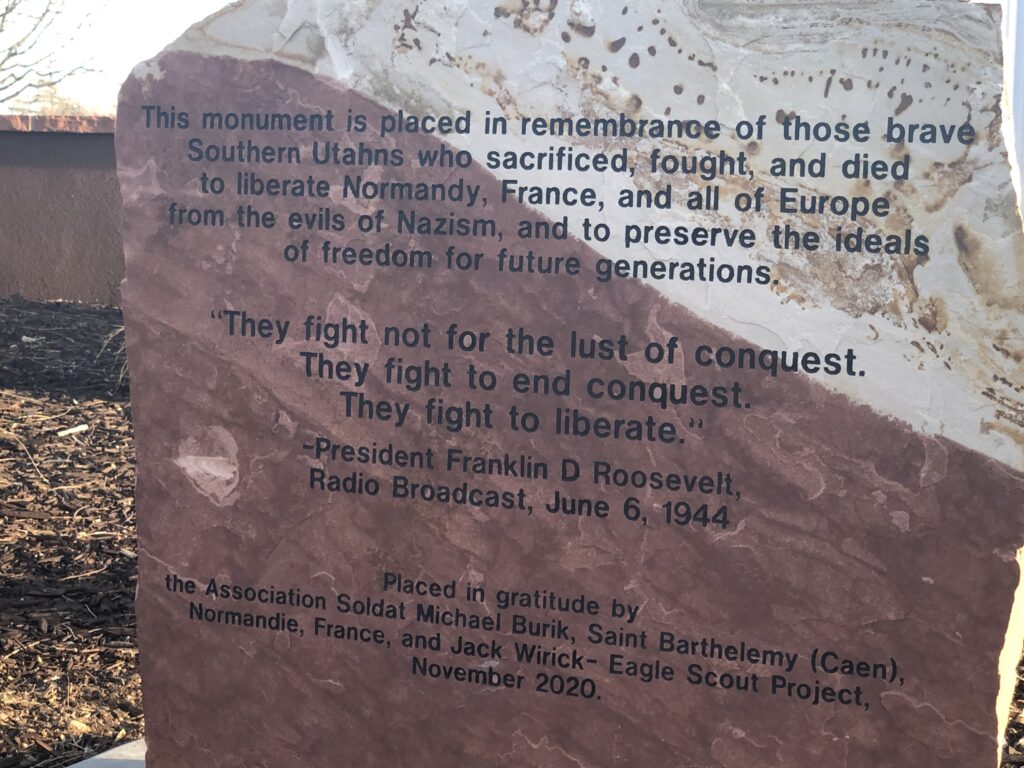 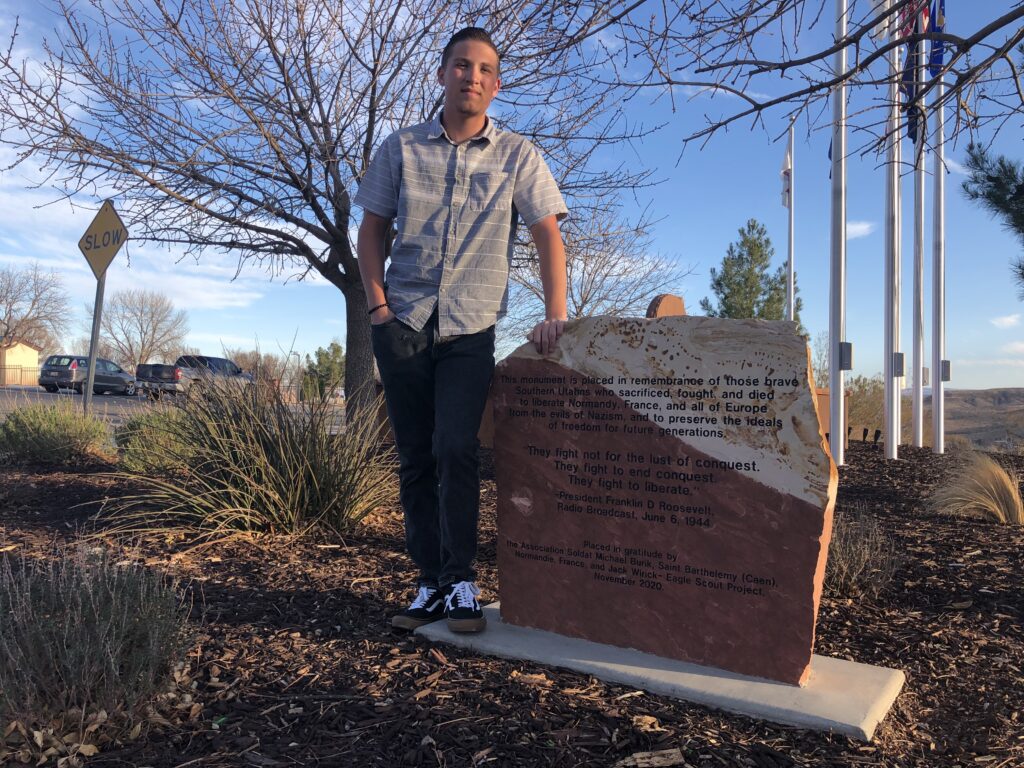 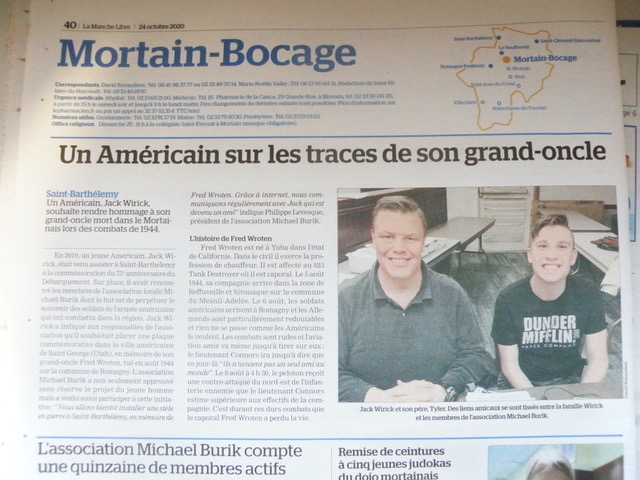 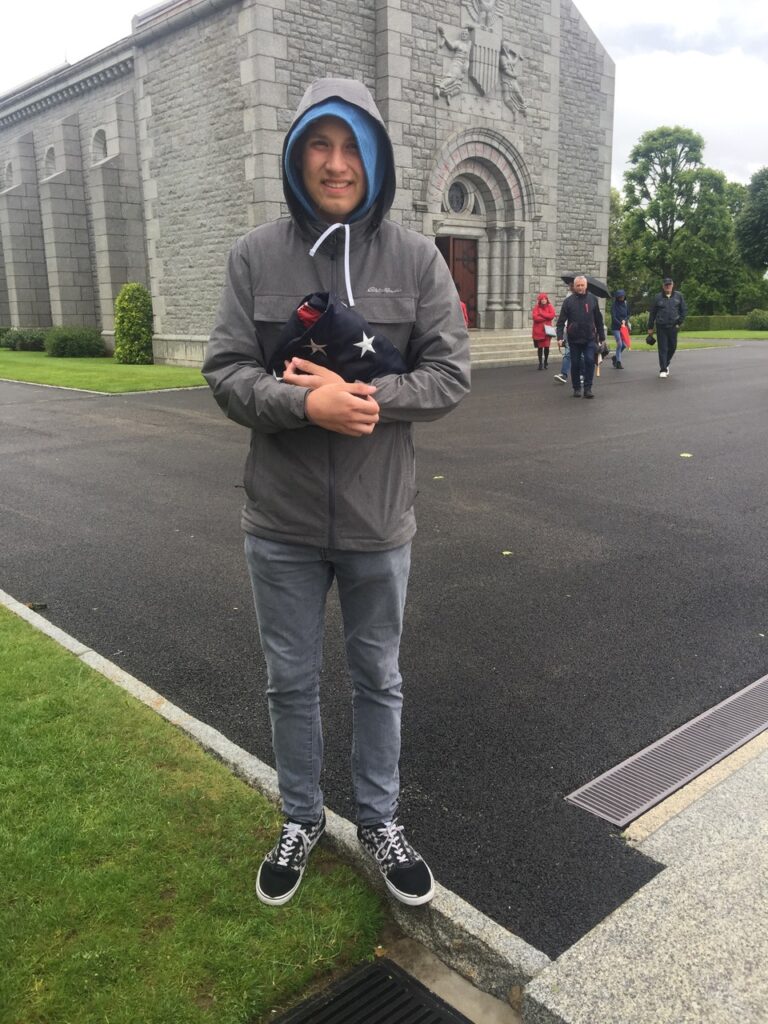 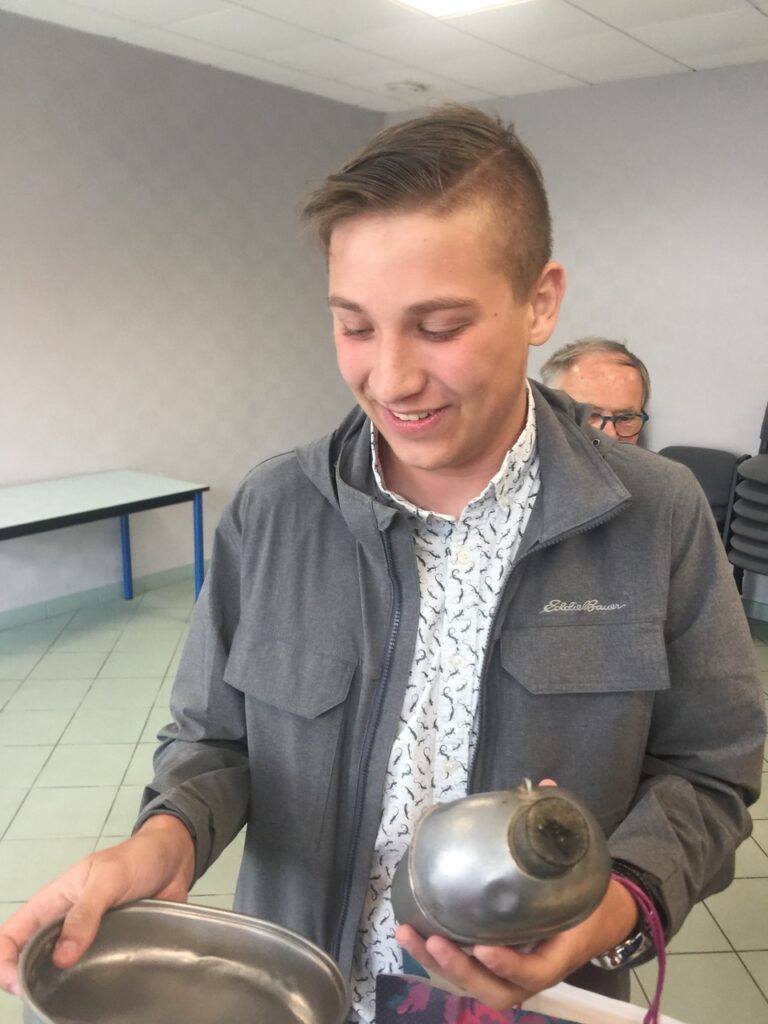 Jack Wirick is presented with a canteen and mess kit from Mortain, France, circa June, 2019 | Photo courtesy of Jack and Tyler Wirick, St. George News 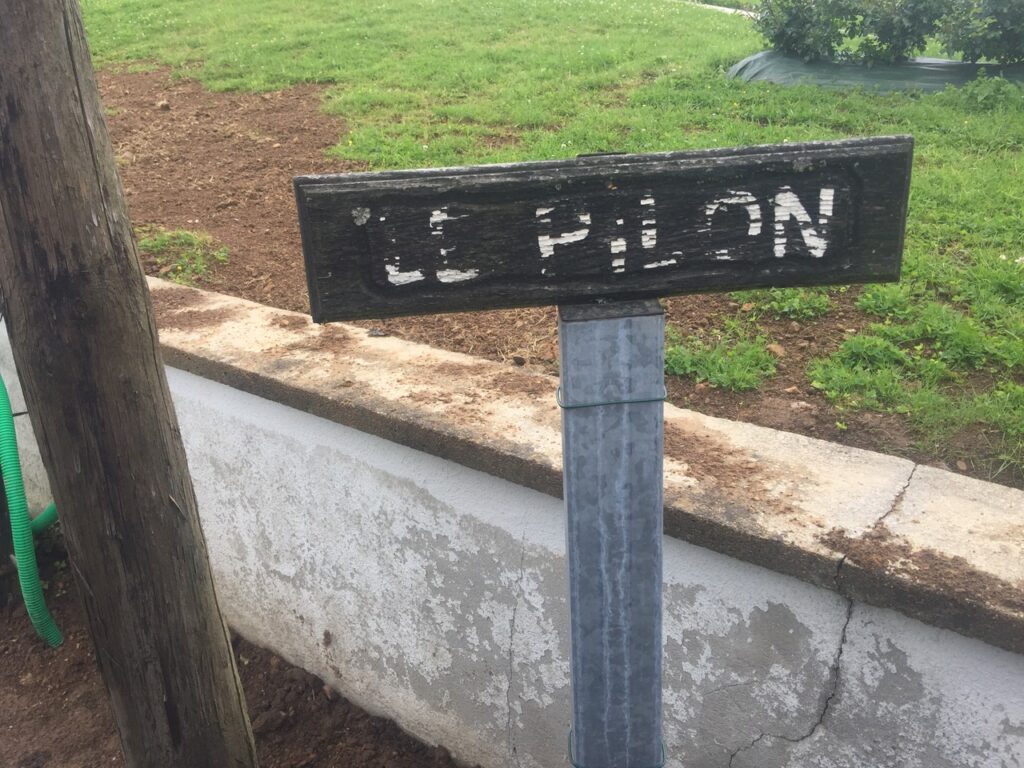 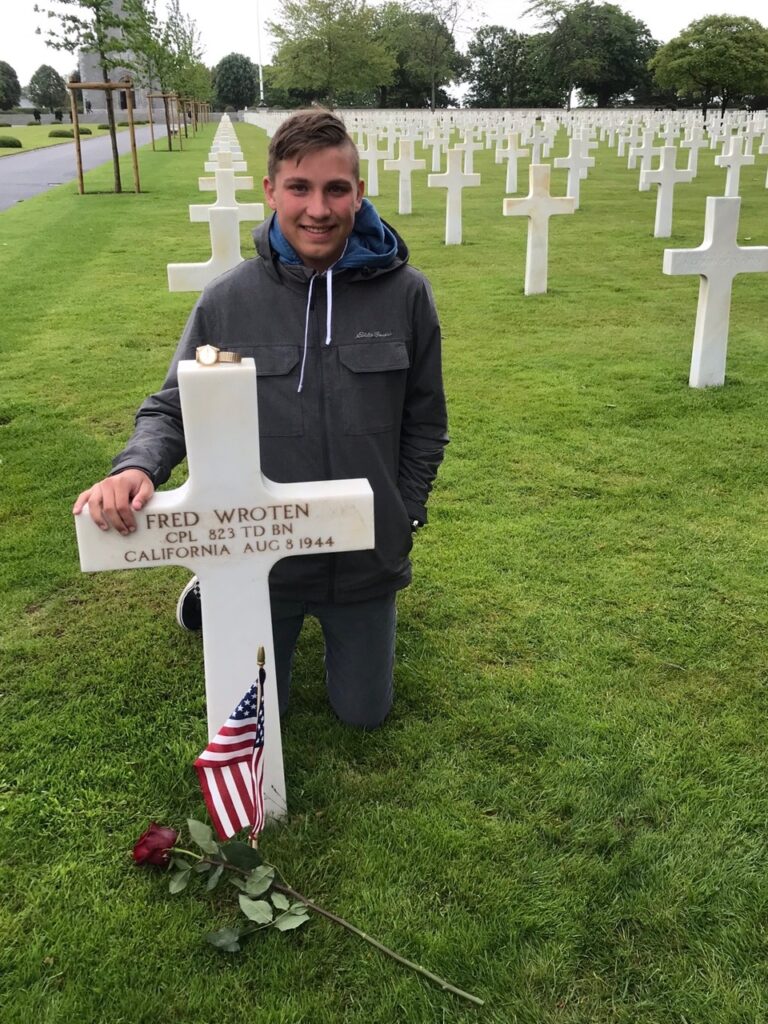 Jack Wirick takes a picture at the gravestone of his great-great-uncle Fred Wroten who was killed during WW II, Saint-James, Normandy, France, circa June 2019 | Photo courtesy of Jack and Tyler Wirick, St. George News 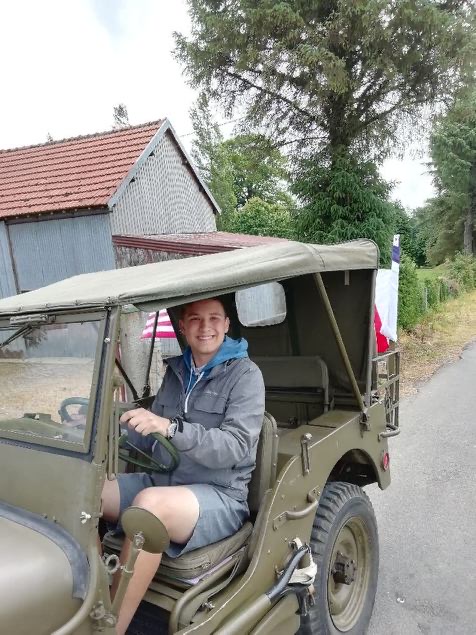 Jack Wirick drives a WW II era Jeep during a trip to France to retrace the steps of his great-great-uncle, Normandy, France, circa June 2019 | Photo courtesy of Jack and Tyler Wirick, St. George News

Thank you for your service...but there's more to it than that