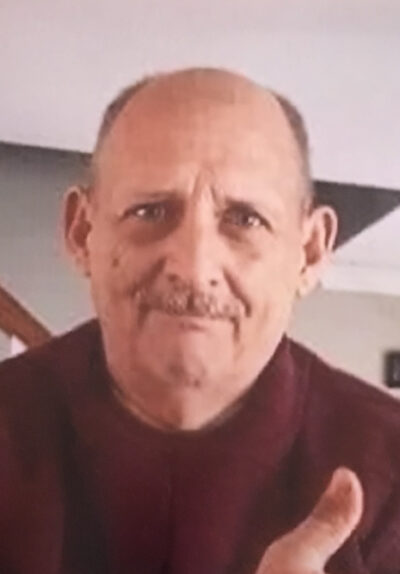 Robert “Allan” Boyd, 70, passed away unexpectedly on Feb. 26, 2021, in the home of his niece Melinda Beagley Olsen in Lindon, Utah. He was born Dec. 15, 1950 in Kansas City, Kansas to Robert Arthur Boyd and Vivian Asher Boyd. Allan was a member of The Church of Jesus Christ of Latter-day Saints and was sealed to his parents in 1964 in the Los Angeles Temple for time and eternity.

Although Allan never married, he was a beloved brother to Sharon, Clifford, Roberta, Jeanne, and Patricia Sue, as well as an uncle to 32 nieces and nephews. We all have individual and special memories that will never be forgotten.

Allan spent most of his life living with his sister Jeanne and her late husband, Freddie, and their seven children (Michelle, April, Andrew, Jennie, Brandon, Bobbie, and Mark) Allan was not only their uncle, but they thought of him and loved him as their brother.

His last birthday party was celebrated in December 2020. All who attended brought him money – which he always wanted. Because Allan’s Reebok shoes were worn-out, Brandon decided to buy him a new pair of “fabulous” shoes for his birthday. Allan said, “Wow, these are cool. They are like walking on a cloud.”

Allan’s favorite hobby for earning money was gathering aluminum cans that he found in and around Little Valley. He rode a bicycle all over Little Valley and everyone knew and loved him. One man stopped him and told him to close his eyes and he stuffed a handful of money into his hand. When he got back into his truck he said, “Okay, you can open your eyes.” He immediately went home to share his excitement with Jeanne. One day another man showed up at the front door with a fancy brand-new three-wheeler bike with baskets for him to carry his cans in. He could not hold back the tears of joy. He attended Knolls Ward in Little Valley and made many long term, forever friends.

With his money he would buy gold and silver coins form Allgood Coin Store. He made some great friends there, Charlotte, the manager, being one of them. She always gave him as honest deal and usually better prices. She always insisted on a hug before he left the store. 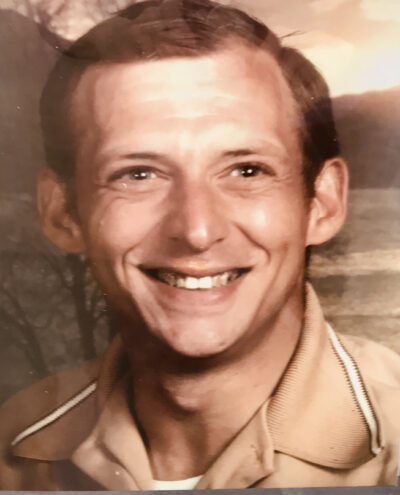 Allan had many friends in his Horizons West neighborhood and in the 6th Branch of the church. These friendships developed because of his kind heart and willingness to always be of service to those needing a helping hand and his strength. Neighbors loved visiting with him and were amazed at his knowledge and understanding of so many versatile topics, whether it be the weather, politics, coin values, etc. Ken and Charli Woolsey, neighbors, would visit for hours with him.

He was always helping Gail Smith with her watering, yard work and filling her water softener with salt. He was her best friend and much needed handyman. Sister cousins, who he affectionately called “my cousin”, that lived across the street made him help her make cookies and then gave half of them to him. Nancy Kennedy cried all night after she heard he had passed away. He will be greatly missed by all who knew and loved him.

Although he had physical health challenges, Allan lived a life of service. He loved everyone he met and in turn all who knew him loved him. He was a true disciple of Jesus Christ. He assisted his sister Jeanne in taking care of his father, his mother and brother-in-law before they passed away. Therefore, they never had to go to a nursing home.

Jennie Anne remembers the time Grandma Boyd began giggling as Allan was rushing her to the car. Jennie Anne asked, “What’s so funny grandma?” She lifted her long dress up and we saw that her pantyhose were around her ankles.

While living in Tennessee, Allan worked with his nephew Anthony, who was an Arborist. Allan was an extremely hard worker and did not quit until the job was completed. The job required hauling huge branches, picking up twigs and leaves. On one occasion he saved Anthony’s life when he noticed a branch was heading straight for Anthony’s head. Allan yelled “duck”. Anthony quickly dropped just as the branch sailed through the air exactly where Anthony’s head had been.

He recently shared an experience while living with Jerry Beagley (David’s brother). Jerry had climbed on the roof of his house, telling Allan to stay off the roof. But Allan felt impressed to climb on the roof anyway, just in time to help Jerry. Jerry had fallen off the roof and was hanging on the edge by his hands. Allan grabbed Jerry and with all his might and strength was able to pull him to safety.

Allan lived with his niece, Melinda Beagley Olsen for the last 3 weeks of his life. He gave her the highest compliment ever by telling her she was just like Auntie Pearl who fixed all of Allan’s favorite foods and spoiled him rotten. Mindy’s husband Nate was so gentle and tender to Allan. He even downloaded all of his favorite movies onto his TV recorder and attended to many other necessary daily needs.

Jeanne considered Allan not only as a brother but as one of her children. My heart aches for him, she said, but I always told him “there is no death. When it’s time to go I will follow soon. Don’t worry about me.” It seemed to me that Allan took care of me as well. His mission was over, but he couldn’t leave until he knew I would be taken care of. After I married Jerry Lees, he knew I would be safe and not alone. He passed just one week after.

Graveside services in his honor will be held Saturday, March 13, 2021 at noon at Tonaquint Cemetery, 1777 South Dixie Drive, St. George, Utah. All who knew and loved Allan are invited to attend. The family would like to thank Metcalf Mortuary for their professional assistance. Please enter cemetery from 1600 South entrance by traffic light.