After the driver was taken to the hospital, the vehicle involved in a rollover waits to be towed near Exit 59, Cedar City, Utah, March 8, 2021 | Photo by Jeff Richards, Cedar City News

ST. GEORGE — A woman was transported to the hospital Monday afternoon after she reportedly lost control of her vehicle while taking the off ramp off northbound Interstate 15 at Exit 59.

“I don’t know how fast she was going, but she was well above the 20 mile an hour advisory,” Nielson said. “I’m guessing she was probably going 50 to 60 miles an hour.”

The car rolled multiple times before coming to a rest upside down at the bottom of the hill next to the on-ramp. Nielson said responders had to use hydraulic jacks to open the car door and had to cut her from her seatbelt to get her out. Though she was transported to the hospital, Nielson said her injuries – including a gash on the arm – did not appear life threatening. The driver was the vehicle’s only occupant.

“She’s having some short-term memory issues,” Nielson said. “She knows where she was coming from, but she doesn’t know why she’s here in Cedar.”

The driver was able to identify herself to police, so Nielson said he didn’t think she had any long-term memory loss. The vehicle had to be flipped right-side up, and was towed from the scene.

Cedar City News reporter Jeff Richards contributed to this report. This report is based on information provided by law enforcement and may not contain the full scope of findings. 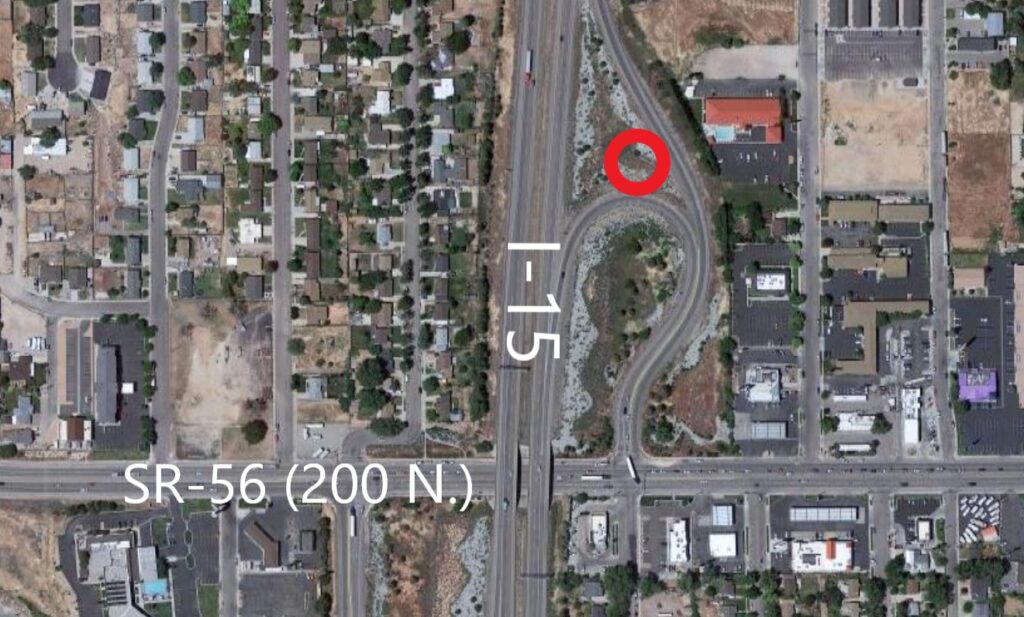 This satellite photo shows the scene of the accident with a red circle indicating where the vehicle came to a rest, Cedar City, Utah, March 8, 2021 | Photo courtesy of Google Maps 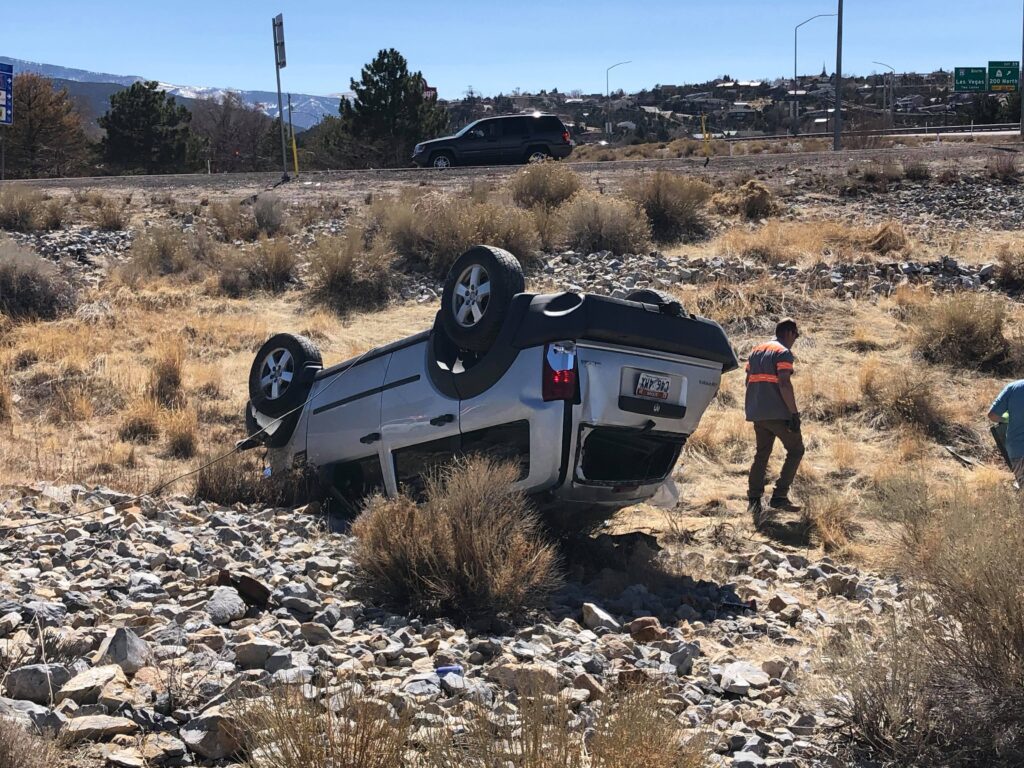 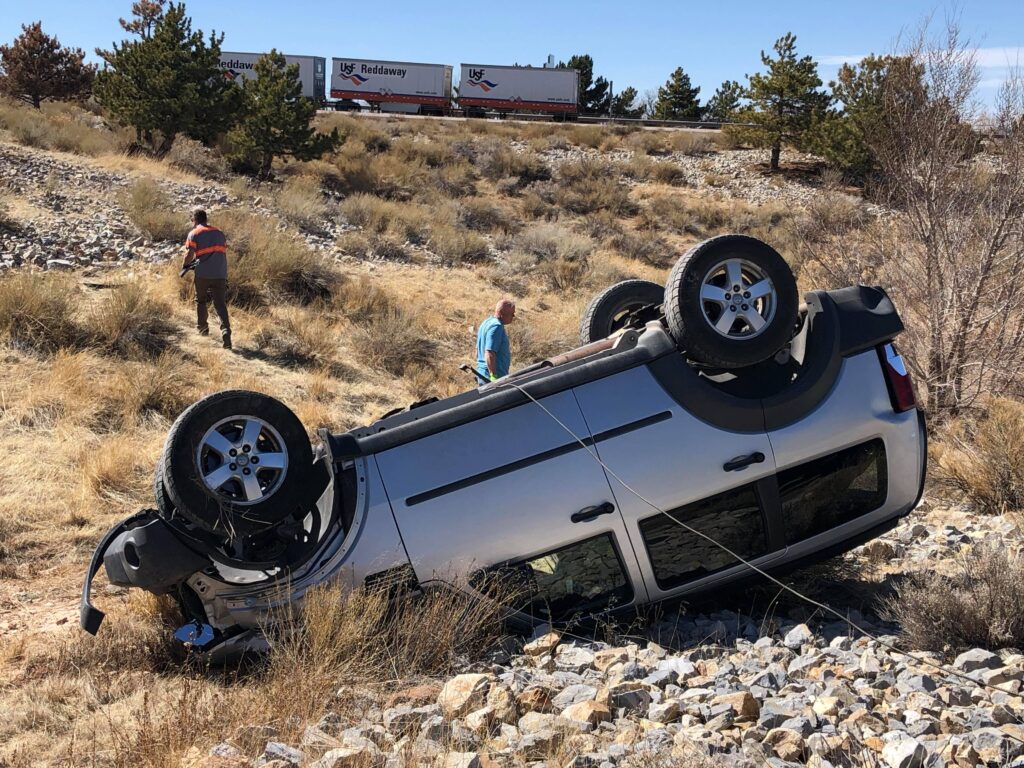 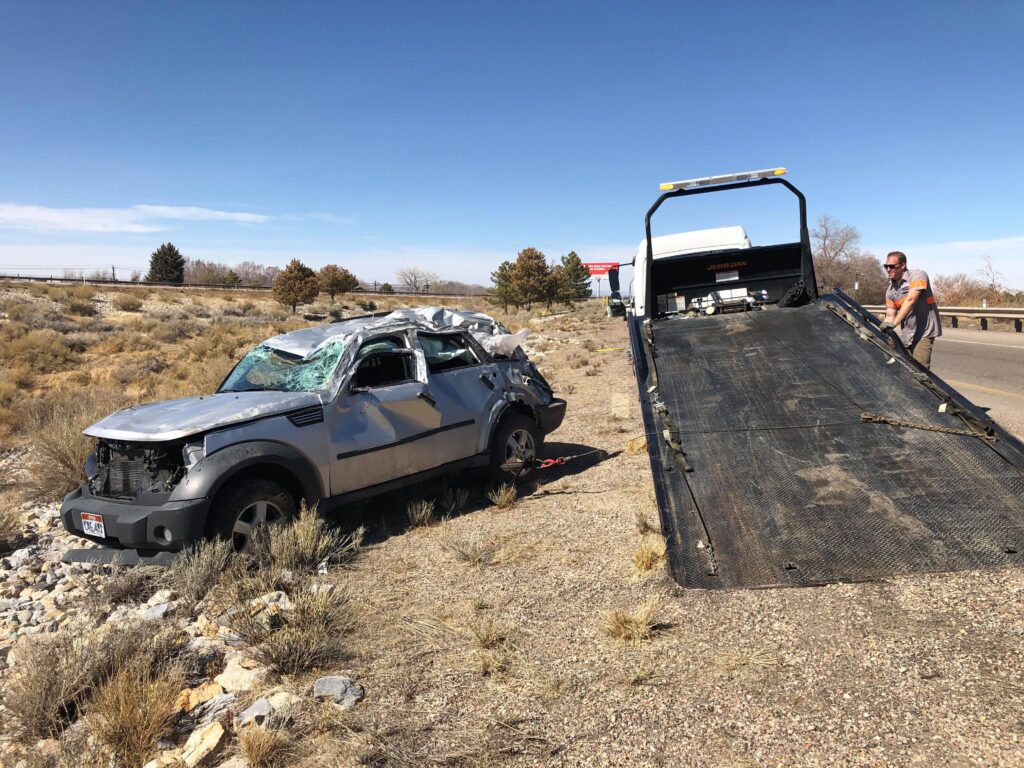 A tow truck was called to remove the vehicle from the side of the interstate, Cedar City, Utah, March 8, 2021 | Photo by Jeff Richards, Cedar City News