ST. GEORGE — The marathon: 26.2 miles of sheer grit and determination. More than a race from a starting line to a finish line, the marathon is a journey – both physical and emotional – that tests and refines a human.

“If you are losing faith in human nature, go out and watch a marathon,” Kathrine Switzer, the first woman to officially run the Boston Marathon, famously said.

That could certainly be said of Southern Utah resident, beloved first-grade teacher, hiking guide and running advocate Debbie Zockoll, who recently died of cancer, but not before leaving an indelible legacy in the lives of countless people in Southern Utah and beyond.

In the running world, Zockoll was known for her impressive streak of running every St. George Marathon from 1977 through 2019. Her exploits in that marathon alone are no secret. Zockoll ran it as an inexperienced youth and as a veteran marathoner. She ran it seven-months pregnant, in the rain and in the sun – and she ran it while undergoing treatment for cancer.

“She was just as steady as a rock as she ever could be,” Dr. Dean Duke said of her streak, adding that it was really important to her.

Duke is a longtime friend and running partner of Zockoll. Together the pair trained for and ran most of the St. George Marathon’s throughout the 1980s, Duke said.

“I think she was my best friend,” he added.

For six days a week, Duke, Zockoll and other runners would meet in the pre-dawn hours to train, and on the seventh day they would all rest. Everybody, that is, except for Zockoll, who would run with a swimmer on rest days, Duke said.

Zockoll loved running and she had a way of sharing that love with others that made it so they could forget the struggle of it and just immerse themselves in the miles.

“One of her only flaws that I ever saw was that she was a little bit of a liar,” Zockoll’s daughter-in-law Michelle Zockoll, said in an email to St. George News.

Now she only really lied about one thing…and that was how far she planned to run in the morning. ‘Come run with me,’ she would say, ‘only about 8 miles,’ she would say.  Fifteen miles later when my legs were on fire and I had run farther than I had ever run in my entire life I would be wondering how I had let her talk me into it.

The funny thing is she could get a person to run farther than they ever thought they could because they would be so lost in the stories she would tell.  The running was just something secondary that your feet happened to be doing while you felt the wind in your hair and listened and laughed and basked in the joy that you would feel just from being around her.

“She had the most welcome smile,” he said.

That joy of running carried Zockoll across the finish line of hundreds and hundreds of marathons and triathlons throughout the state, across the country and even around the world.

Duke said he believed her final marathon tally was approaching 300. Her obituary confirmed the total: 298 marathons.

But they didn’t always come easy.

“She had a long history with cancer,” Duke said.

Zockoll received her first cancer diagnosis in 2005. Breast cancer. After testing positive for the BRCA gene, which is linked to an increased risk for breast cancer, Zockoll underwent a double mastectomy, hysterectomy and months of radiation.

In April 2016, while running the Boston Marathon, Zockoll suffered a ruptured appendix, Duke said. She finished the race, but when she returned to Utah and had her appendix removed, doctors found more cancer in the nearby tissues that they removed.

Her final diagnosis, cancer in the lymph nodes, came in 2018.

In 2020, the St. George Marathon was canceled due to the COVID-19 pandemic. On a whim, Duke said he called his running buddy to see if she wanted to drive the course. She did.

So the pair drove to the starting line in Central and drove along the famous course she knew so well. Many people who had signed up for the canceled race were doing their own marathons, reaching their own personal goals or hanging around at Vernon Worthen Park where the race finishes, Duke said, adding that Zockoll rolled down the window and waved at everyone.

“It brought a feeling of nostalgia to us,” Duke said as the pair talked about what they would normally be doing on marathon day. “I am sure, somewhere, she was thinking this was the last time.”

“A running legend who touched the lives of all of us. What a huge void her passing has created, and quite frankly, I hope it’s never filled. In my opinion, no runner will ever command the respect that our friend Debbie does,” Tia Astle said of her longtime friend in a post on the St. George Running Club’s Facebook page.

Similar sentiments poured in after news of her passing.

“She was a legend and will be remembered as an amazing athlete, top notch educator, caring friend and colleague,” runner and Ironman athlete Tiffany Gust, said.

“What a loss to our Running Fam!! Something tells me she is Still running,” marathoner Polli Peterson, said.

But perhaps the best tribute to Zockoll came from her daughter-in-law:

When you lose someone you love it’s hard to know how to keep going. How to move forward and do the things that need doing. One thing Deb would say is that ‘Done is better than perfect.’ It doesn’t matter how you finish…just that you get there eventually. It doesn’t have to be fast, you just have to press forward and persevere until you cross the finish line. Because ‘done is better than perfect.’

And Zockoll’s legacy and love for running continues, Michelle Zockoll said. This year, she will toe the line at the St. George Marathon, something she never got to do with her mother-in-law while she was living, she said, though she suspects she will be with her running nonetheless. 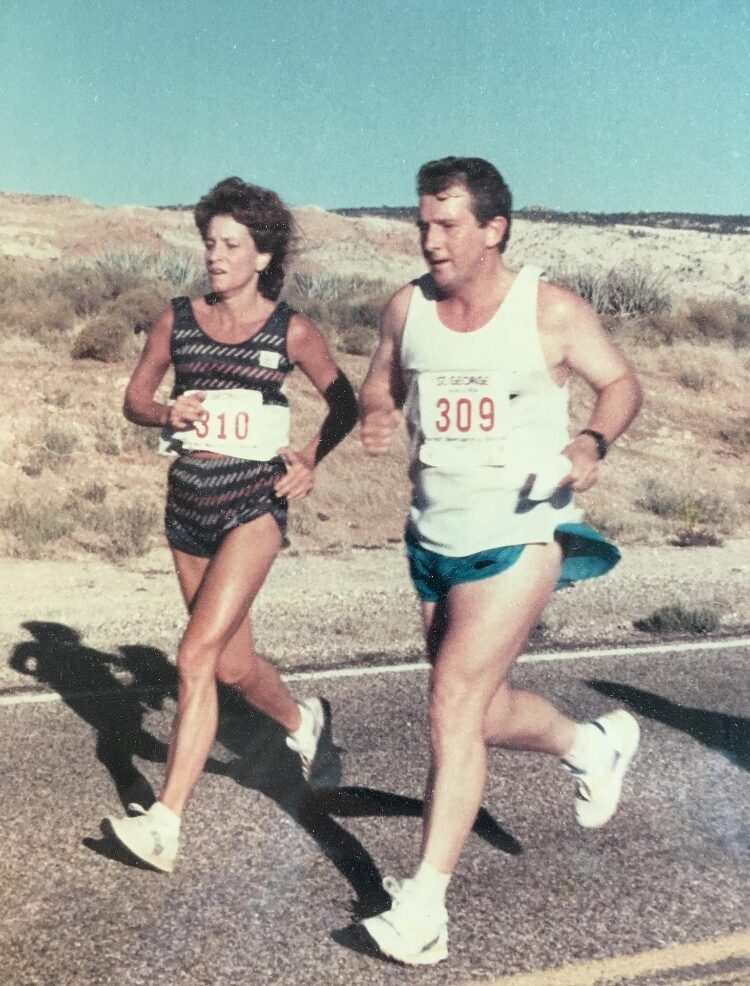 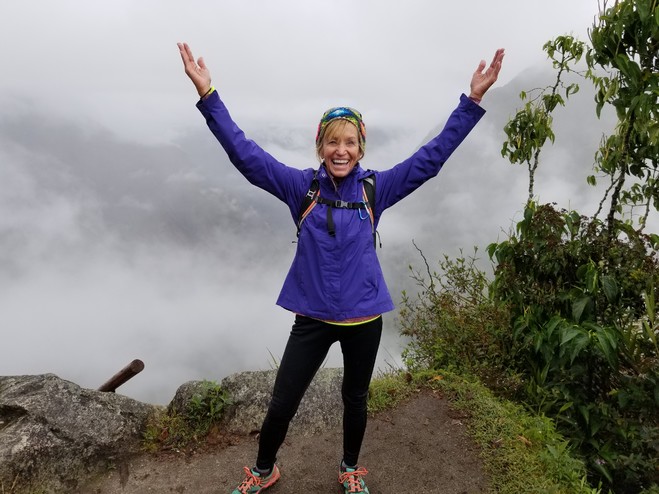 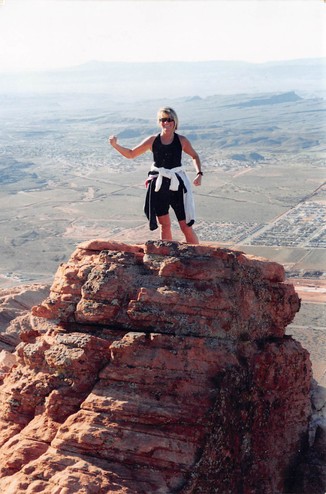 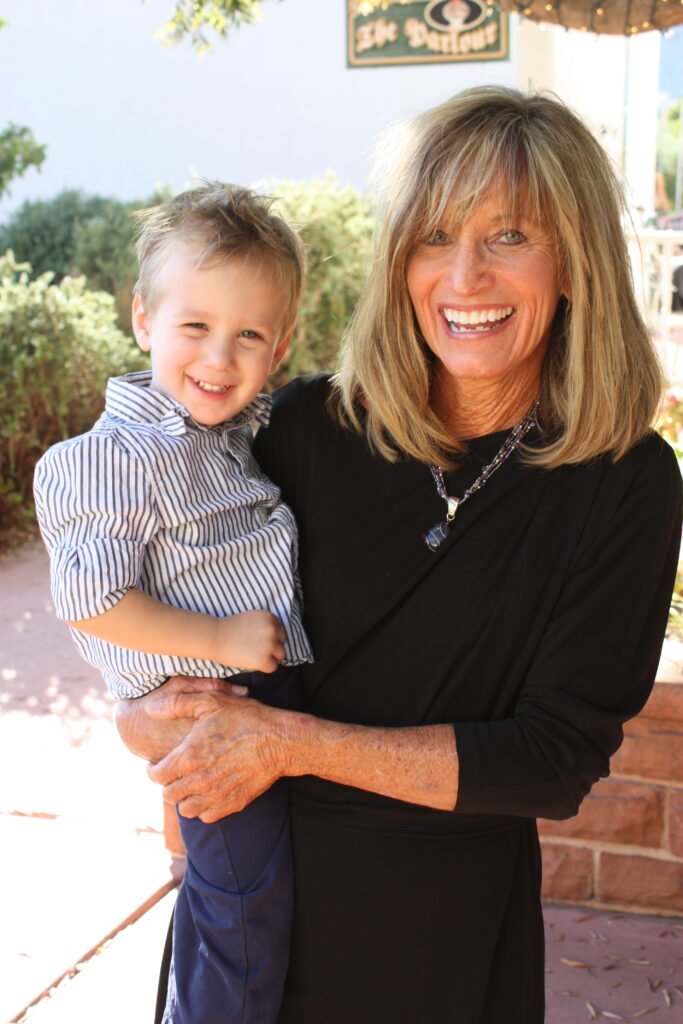 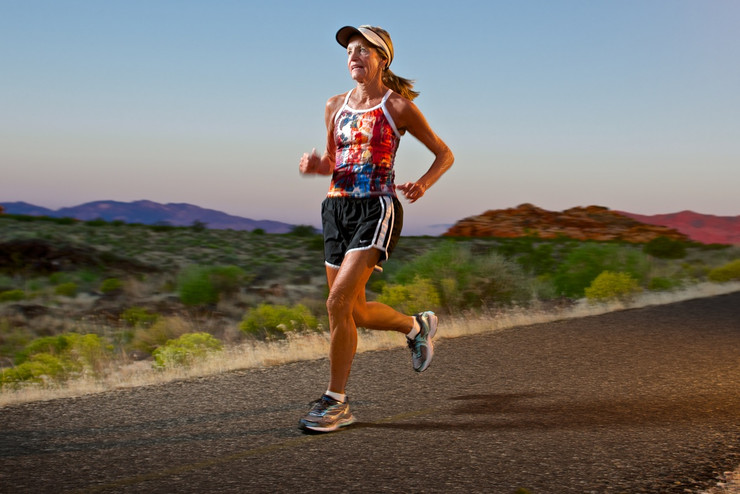 Despite canceled marathon, 1 runner goes for first while a volunteer hangs her hat