ST. GEORGE — One woman was charged with a DUI and four people were transported to the hospital Monday morning following a collision on Red Hills Parkway that shut down the road in front of St. George Shuttle for nearly three hours.

At approximately 11:18 a.m., dispatch received a call of a two-vehicle head-on collision on Red Hills Parkway, St. George Police Sgt. Tyrell Bangerter told St. George News. The driver of the Dodge Dart, a female, was traveling westbound at a reportedly high rate of speed, he said.

As the driver neared St. George Shuttle, he said, she drifted into the left-hand turn lane where a Honda CRV with a female driver and two passengers, one juvenile and one middle-aged man, were heading eastbound and slowing to turn into the parking lot of St. George Shuttle. The driver of the Dodge struck the Honda head-on, Bangerter said.

Katie Fotheringham, who witnessed the collision, said the driver of the Dodge was heading west in the left lane on Red Hills Parkway at speeds she said were near 60 mph.

“That was pretty bad,” she said, adding that the force of the collision caused both cars to spin.

While there were early reports that the Dodge had caught fire after the collision, Bangerter said he was unable to confirm. Both vehicles were towed from the scene.

The driver of the Dodge received significant injuries to her lower leg, Bangerter said, as well as a possible head injury, and was transported to St. George Regional Hospital via Gold Cross Ambulance.

Bangerter said the driver did not appear to be buckled in a seat belt.

All three occupants of the Honda received minor injuries and were transported to the hospital as well, but at the time of the report, Bangerter said he was unsure if they were transported privately or by ambulance.

Red Hills Parkway was shut down in front of St. George Shuttle until around 2 p.m. while the accident reconstruction team worked with investigators on the scene, Bangerter said, adding that he appreciates the patience of the public who were rerouted due to the collision.

The driver of the Dodge faces charges of DUI, reckless driving and having an open container of alcohol in the vehicle, Bangerter said, adding that the DUI citation is a class A misdemeanor as it caused injury to others. 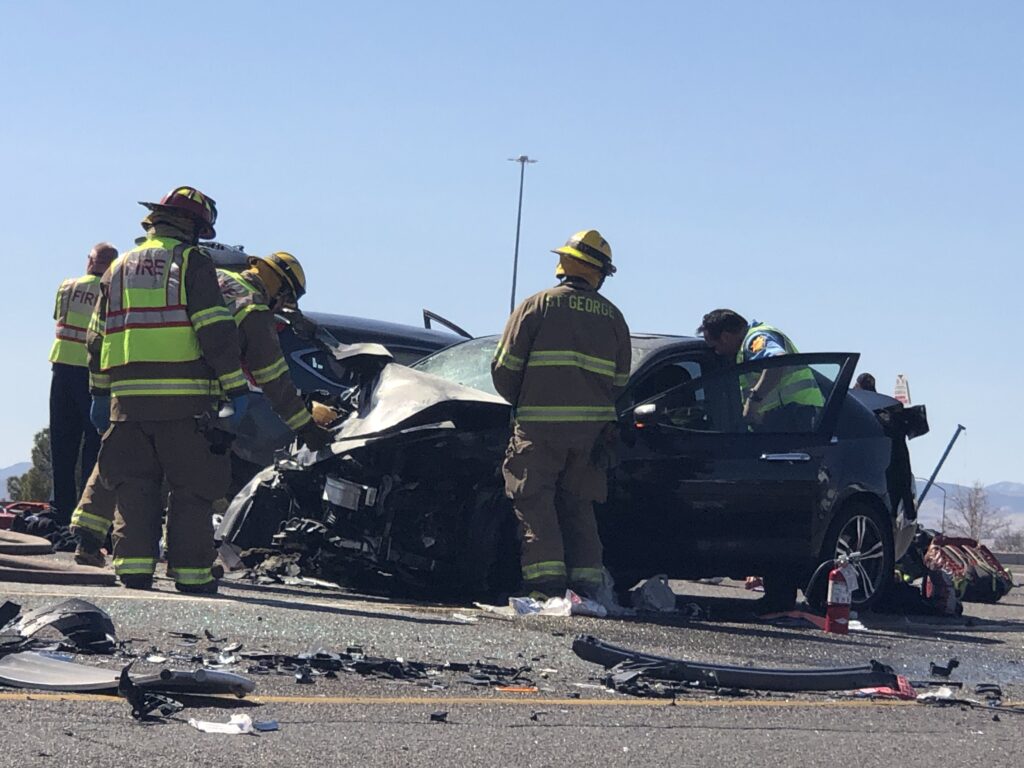 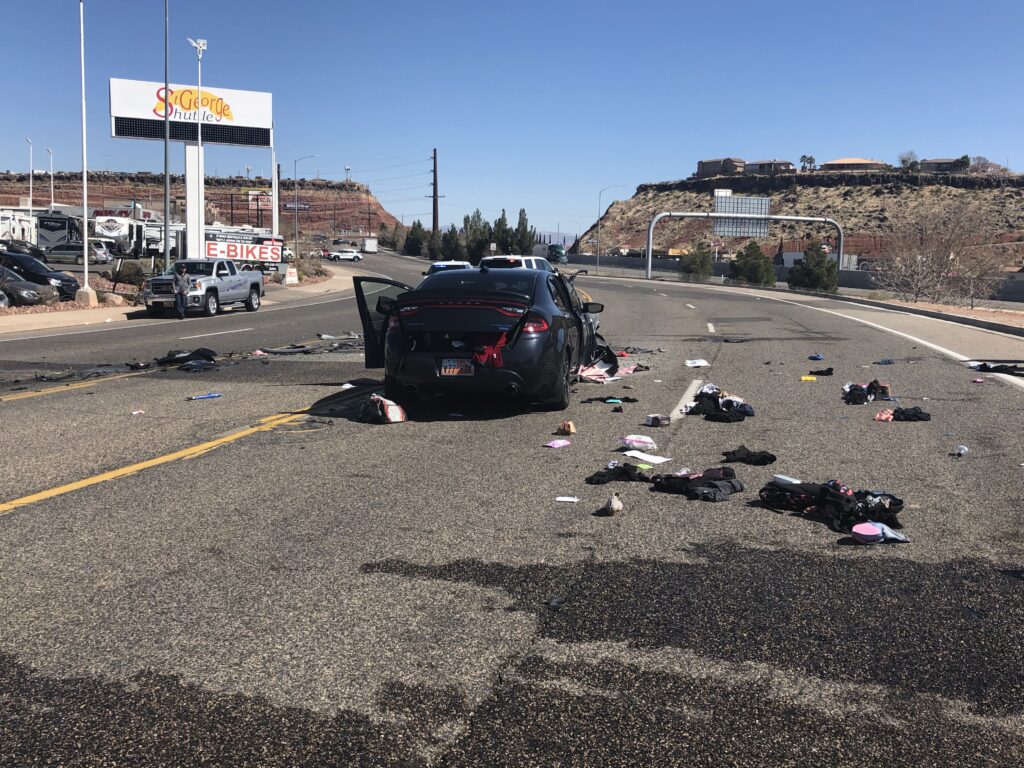 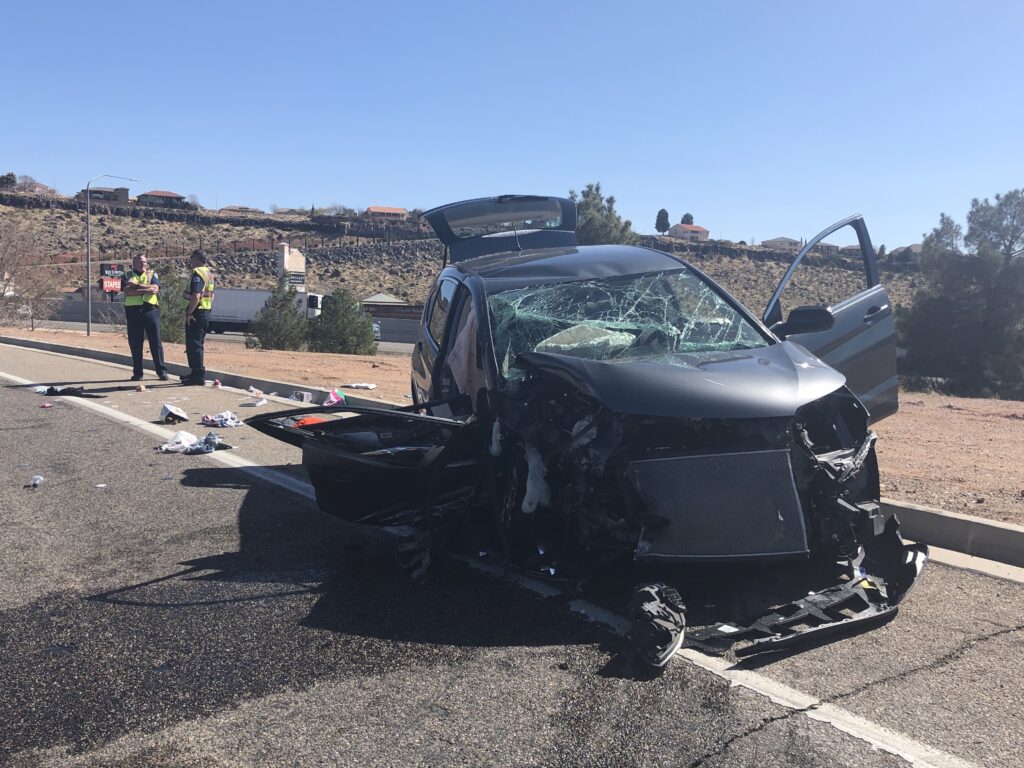 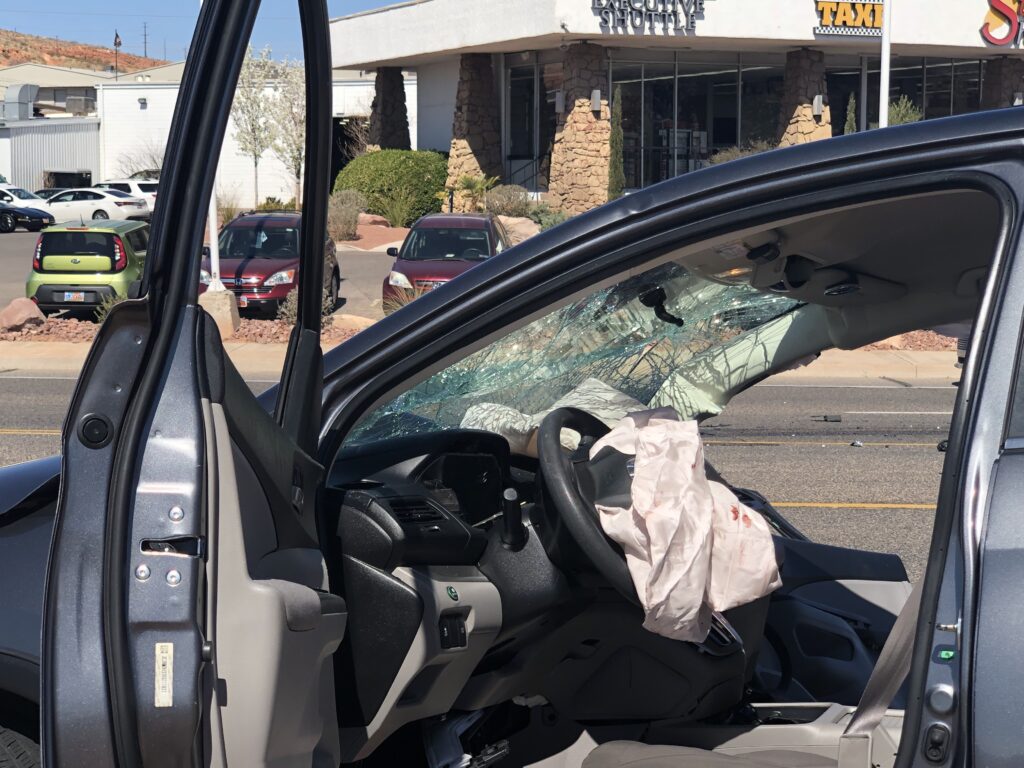 Teenager cited after collision on Main Street in Cedar City