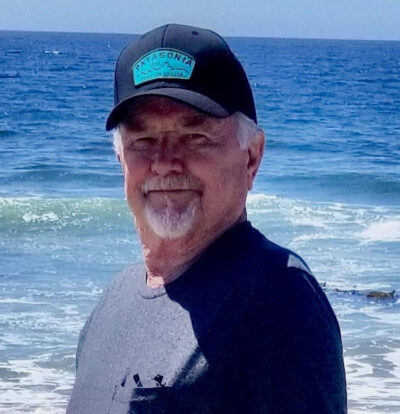 Dan Guy passed away on March 3, 2021 in St. George, Utah from natural causes. Dan was born in Rock Springs, Wyoming on September 21, 1943, to parents Walter and Marge Guy. The family moved to Kenilworth, Utah in 1955, and he always considered Kenilworth as his “hometown”.

Dan graduated from Carbon High and the College of Eastern Utah, and later attended the University of Utah in Mining Engineering. He served in the U.S. Army Reserve in Fort Ord, California after high school.

He married the former Miss Sarie Martino of Price, Utah on September 11, 1965. She was the love of his life. They had 2 loving children, Dana and Dave and later, 4 beloved grandchildren, Lacie, Haley, Kylee and Logan, and a great-grandson Jaxon. Dan and Sarie made their home in Carbonville and later in St. George. They had 47 wonderful years together, until her passing in 2012.

Dan worked as an engineer in the Utah coal mines and became a registered professional engineer in 1977. He was the president of Western Testing and Engineering, Inc. while working for the mines. Upon his retirement from Beaver Creek Coal Co., in 1992, he started a mining consulting firm called Blackhawk Engineering, Inc. He operated Blackhawk until 2010, and then just continued consulting under his name. He was always proud that both of his children were able to work in the family business with him for part of their careers.

Dan was a highly intelligent, well-informed man who was always willing to share his knowledge. At 77 years old, he was still learning and took on cooking as his new subject. Being the caretaker he was, Dan tried new recipes and cooked for others until his last day.

He had many interests and hobbies including collecting marbles, playing guitar, exploring the desert, arrowhead hunting, lapidary, airplanes and birds. However, the family collectively agrees that receiving updates about the birds and other wildlife in his backyard will be missed the most.

Dan was preceded in death by his parents, his two brothers Don and James and his loving wife Sarie. He is survived by his daughter Dana Marrelli, his son Dave (Becky) Guy and grandchildren Lacie Crowther, Haley Sheppard, Kylee Guy and Logan Guy, and great-grandson Jaxon.

He was a generous and kind person and has always been our rock. He will forever be missed.

At his request, there will be no services. Dan will be cremated, and his ashes will be mixed with Sarie’s and scattered later in a location known only to their family.

Arrangements are made under the direction of Spilsbury Mortuary, 110 S. Bluff St., St. George, Utah, (435) 673-2454. Friends and family are invited to sign his online guestbook at www.spilsburymortuary.com