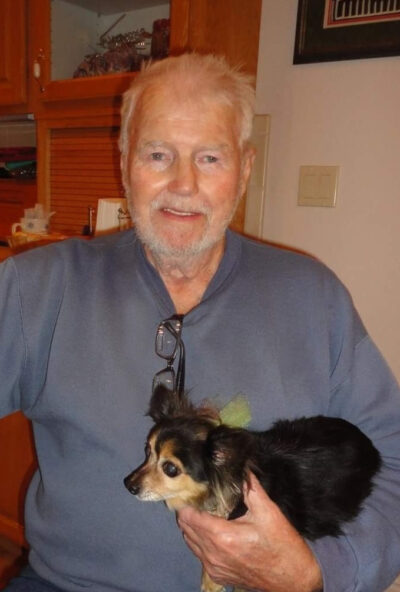 Robert (Bob) Clark Hendrickson, 84 went home to be with the Lord on March 2, 2021. Bob went peacefully in his sleep with his loving wife by his side. He was born April 24, 1936, in Saint Onge, South Dakota to William Hendrickson and Pearl Clark. Bob grew up and graduated High School in Deadwood, South Dakota.

Bob joined the United States Army and served in the 3rd Armored Tank Division while stationed in Germany. After the Army, Bob settled in California where he married his high school sweetheart, Barbara Ann Mclaughlin. Bob moved his family to Hurricane, Utah in 1975 when he was asked to oversee the new construction of the Moore Business Machines plant being built. He worked as a supervisor until 1995.

At that time, Moore moved their headquarters and Bob decided to take an early retirement. He didn’t want to leave home, church or the friends he had established. Bob spent his retirement years doing the things he loved most: riding horses, camping, hunting and fishing. He spent several summer’s as a campground host at various Utah state parks. Bob was one of the 25 founding members of the First Southern Baptist Church of Hurricane and was an active member up until the last few years when his health started to fail. He was also a member of the Southern Baptist Disaster Relief Team, an organization that works with the Red Cross assisting those in need during a disaster.

After Barb’s passing in 2007, Bob found love again and married Valerie Soule on Nov. 30, 2011. Bob and Valerie were able to enjoy many memorable adventures together.

Bob has asked that in lieu of flowers, donations be made to Samaritan’s Purse or Best Friend’s Animal Society.

Arrangements are made under the direction of Spilsbury Mortuary, 110 S Bluff St., St. George, Utah. Friends and family are invited to sign his online guestbook at www.spilsburymortuary.com.