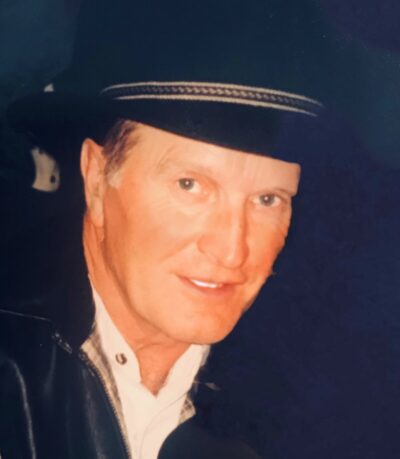 Horst was born Jan. 2, 1941 in beautiful Schlagswig Von Holstein in northern Germany. His parents, Anne and Arthur Duesterwald and brother, Brent, predeceased him.  Horst was married to Ann Richardson who died of cancer with Horst attending to Ann throughout her long illness.

Ann and Horst are survived by their two sons, Terry, married to Jennifer and Brian, married to Nadine. Both sons and four grandchildren; Kyle, Steven, Connor and Ciara, live in Vancouver, British Columbia.

In February 1989, while on vacation in the Bahamas, Horst and his current wife, Rose Marie met, fell in love, and were married in Vancouver three months later. Rose Marie was by his side during his last brave moments and will keep him in her heart forever. Horst is survived by two stepdaughters Patricia and Susan. Patricia is married to Greg Kempton, and they have two sons; Jack and Pierce.

Horst had wonderful memories of his childhood in Germany. He enjoyed soccer, skiing, and he played the flute in the school band. But his summers spent on a Danish farm were the most memorable. Even at such a young age he was able to help with chores and was rewarded by joining his hosts on their European adventures.

When he was 12 years old, Horst emigrated with his family to Canada. He eventually became a manager at Safeway Canada and retired in 1995, at which time the couple moved to Clearwater, Florida. The next move was Irvine, California followed by St. George, Utah. During this time Horst became an avid photographer and devoted to golf.

Horst is survived by his extended family his band of brothers in the TMUP golf group. He loved these guys, and I am told the feeling is mutual. Horst’s photography can be accessed at: https://fineartamerica.com/profiles/horst-duesterwald

In lieu of flowers, the family request donation be made in memory of Horst to the American Cancer Society or the Leukemia & Lymphoma Society.