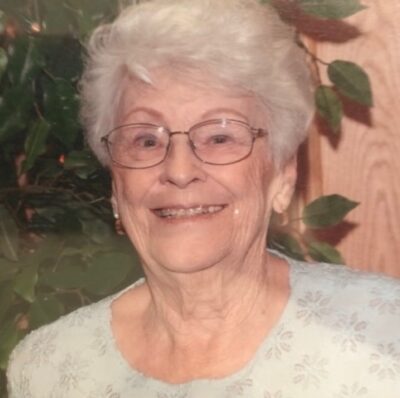 Marilyn Irene Buckley Reeves Hall – 87 passed away peacefully at her home on Friday, Feb. 12, 2021 from complications incident to age. She was born on Sunday, May 28, 1933 in Glendale, California to William Byron and Miriam Irene Buckley. She was an identical twin sister.

She was born first and was always the leader of the two sisters. She enjoyed her early years growing up in Rosemead, California until she was about 14 years old. Marilyn was very close to her family and especially her father. She enjoyed learning about the things he was doing. Her father collected trains and worked as a pressman at a local printing press office. He took her under his wing and taught her everything he knew about both. For the sake of her mother’s health the family had to move to Albuquerque, New Mexico where the air was dry.

Marilyn excelled in school and enjoyed her typing class where she achieved a typing speed of 80 words per minute. She was actively involved in many school activities including the pep club, school dances, basketball and the drill team. Her and Carolyn led the band by twirling the flags to the beat of the drum at ball games and parades. Everyone always enjoyed seeing the identical twins marching together.

She met her husband William (Bill) Reeves while attending high school. He proposed marriage to her while attending their junior prom dance. They married in 1952 a year after high school. They were married in the Presbyterian Church in Albuquerque where she and her family were members. After marrying Bill she joined the Southern Baptist Church that Bill’s family were members of. Marilyn has remained faithful and active in her church devotions throughout Utah her entire life.

Together Bill and Marilyn had five children. They lived in Albuquerque, New Mexico for the first few years of their marriage but eventually ended up moving to St. George, Utah where Marilyn thought it would be a good place to raise their family. Family was very important to Marilyn. She remained very close to her sister until her death in 2013. She greatly enjoyed each of her children and was very proud of their accomplishments.

In 1975, Bill and Marilyn divorced. She married Dale E. Hall in 1976. Together they blended their families and enjoyed a long, happy life together.

Marilyn worked in many different professions although two of her favorites were being a typesetter for the Washington County News and then as a banking professional. She was a member of the Bowling Association and was a high scorer in the local bowling leagues. She was also a member of the Business and Professional Womens Foundation, where she served as president for a few years. She developed many lifelong friends through her many associations. As a faithful member of the First Southern Baptist Church, she played the organ each Sunday and participated as the bookkeeper for the church. She enjoyed playing the organ for over 60 years, before retiring in 2018. A few of her favorite pastors included Pastor Mel White and Pastor John Field. She worked side by side with each of them.

She is survived by her children Marilyn Reeves of St. George, David (Laura) Reeves of Washington, and Patti Smith of Las Vegas, Nevada, daughter-in-law Bonnie Reeves of Covington, Georgia, eight grandchildren, and 12 great-grandchildren.

Funeral services will be held on Wednesday, Feb. 17, 2021 at 1 p.m. at the Southern Baptist Church 475 W Buena Vista Blvd. Washington, Utah. Friends and family are invited to a viewing the same day from noon – 12:45 pm. Interment will directly follow at the Tonaquint Cemetery 1777 So. Dixie Drive St. George.

In compliance with the national mandate on facial coverings, face masks are required at all services. Social distancing will be enforced.

Arrangements are made under the direction of Affordable Funerals & Cremations, 435-680-7035.

Affordable Funerals and Cremations is offering livestreaming via Zoom. The funeral service and graveside will be livestreamed. Please join at 1 p.m. with the instructions below.

Dial by your location