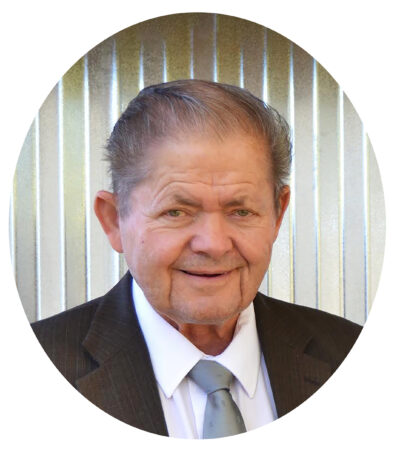 Daniel Robison Walsh, a devoted husband, father, grandfather, and friend passed away Feb. 11, 2021 at St. George Regional Hospital in St. George, Utah. He was born on Oct. 22, 1944 in Long Beach, California, to Charles and Josephine Robison Walsh. When he was two years old, his family returned to Logandale, Nevada, the childhood home of both of his parents.

As a youth, he was active in Boy Scouts and relished adventures: cave exploring, hiking the Grand Canyon, going to Philmont Scout Ranch and generally exploring the great outdoors. He began his lifelong love of animals on the small family farm where he raised rabbits, pigs, and a prize steer.

He graduated from Moapa Valley High School in 1961 and served a mission for The Church of Jesus Christ of Latter-day Saints from 1963 to 1965 in Mexico. There, he gained an enduring love of the Mexican people and menudo soup. In 1966, he enlisted in the United States Air Force. He served most of his tour in Livorno, Italy. When not on duty, he spent much of his time traveling through Italy and southern Europe. His fluency in Spanish helped him to quickly become fluent in Italian. Among other pursuits, he became a certified scuba diver. He received an honorable discharge in 1969.

At a young adult church activity, Dan met Merry Aloha Kunz. Either due to his ineptness at playing croquet or to a deliberate attempt to get her attention, he hit her in the leg with a croquet ball. Regardless of the cause of this impactful introduction, the result was they got married in the St. George Temple on March 20, 1970.

In 1971, he joined the Las Vegas Fire Department. His firefighting career had an unexpected, but temporary, pause when in 1974 he broke his back fighting a fire. After a lengthy recovery, he was able to return to work as a fire inspector and eventually against the odds he resumed firefighting, although he lived with pain for the rest of his life.

During these years, Dan and Merry lived in several homes in Las Vegas as well as spending time in Logandale and more importantly, they welcomed their five children into their home.

In 1996, Dan had his first heart attack and was forced to retire from the fire department. Following retirement, the family moved to Pahrump and bought his father-in-law’s homestead. There, he raised chickens, goats and rabbits.

In 2004, they moved to Toquerville, Utah, where he had less land, but even more animals. In addition to the chickens, goats, and rabbits, at times he enjoyed sheep, cattle, turkeys and ducks. Although he denied it, he must have liked heart attacks nearly as much as he liked animals, because it seems he had them in nearly equal number.

In Toquerville, he honored and remembered his pioneer heritage by becoming active in the Sons of the Utah Pioneers, including serving a year as the president of the Hurricane Chapter. He loved his family and going camping with them. He also loved serving in the temple.

Because of his compassion, Dan took in strays — both people and animals. He loved the Savior Jesus Christ. He had a firm testimony of Christ’s atonement and knew that the Great Shepherd had taken him in even though he had strayed. He was prepared to return to his eternal home.

Masks are required for those attending services. Attendance can also be via Zoom.

To connect via Zoom, please click the link below:

Arrangements entrusted to the care of Metcalf Hurricane Valley Mortuary, (435) 635-9922. Please visit our website at www.metcalfmortuary.com for condolences, complete obituary and funeral listings.