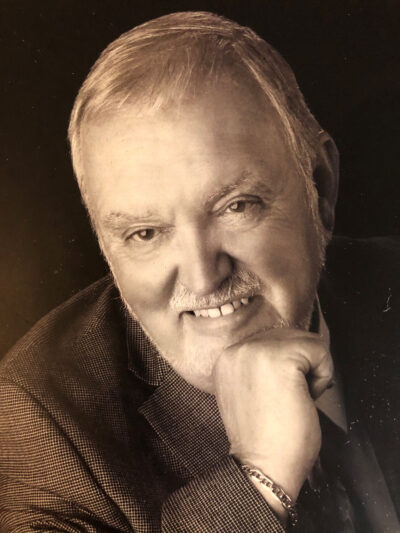 Dennis Wayne Eberling, 82, beloved husband, father, brother and friend, entered the Kingdom of Our Lord Jan. 21, 2021 due to complications of COVID-19 in St. George Utah while comforted by his wife and son.

Wayne, as he was commonly known, was born June 26, 1938 to Lawrence Eberling and Beatrice Hartwich in Chicago, Illinois.

After attending schools in the southwest area of Chicago, Illinois, he enlisted to the United States Army in December of 1956 where he served two years. Wayne attended basic training at Fort Leonard Wood in near St. Robert Missouri. He was then shipped to France for nine months and completed his service in Germany assisting with post World War II reconstruction.

Wayne worked in the printing industry in Chicago where he met Maria D. Saenz in 1971. They soon after settled in Broomfield, Colorado in 1972 where they were joined in marriage in Sept. of 1973. He obtained his goal of a private pilot license in 1974. His son Daniel J. Eberling was born Jan. 27, 1976. Wayne worked in the trucking industry, which was a trade acquired in the military until he was hired by the Department of Energy at Rocky Flats in Golden, Colorado in 1982. He was employed by the DOE until Rocky Flats was decommissioned. Afterwards Wayne studied and obtained his real estate license. He listed and sold homes in the Denver area for RAM Realty until 2004. While working real estate he also purchased and operated a semi-truck locally as his first privately owned business called Eberling Trucking until his retirement in 2007. Wayne and his wife Maria then left Colorado behind and moved to their new home in Hurricane, Utah where he lived out the last of his days.

Wayne was always enthusiastically enjoying the outdoors via hunting, fishing and of course, golf. He traveled far and wide to enjoy such adventures ranging from fishing in the South Pacific to the Great Woods of the North in Canada. His fondest memories commonly involved such activities enjoyed with friends and family. His friends will remember his magnetic personality and quick wit which always resulted in everyone wearing a smile.

Wayne’s unwavering faith in God has always guided him in the right direction throughout life. He valued his faith in God and the Gospel as he did his family. He attended Lutheran Savior Church in Broomfield Colorado and Trinity Lutheran Church once he moved to Utah.

All those attending in person are asked to please observe Centers for Disease Control guidelines regarding Covid-19. Please wear a mask for the safety of others.

Live streaming web-cast is available at www.metcalfmortuary.com by clicking on the obituary, then click on broadcast at the bottom. Web-cast will remain on-line for 90 days.