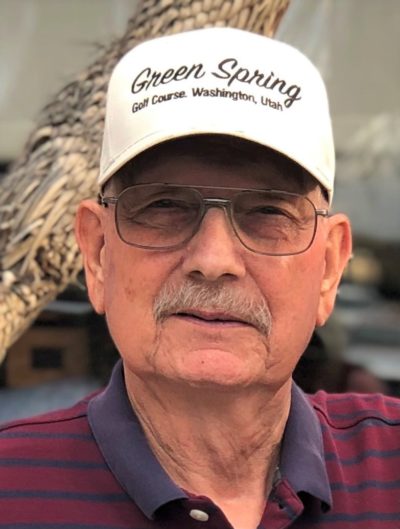 Albert was raised in Riverside, California where he graduated from Riverside, Poly High School. He learned the value of work while working at his father’s Cadillac dealership, working his way up the ranks.

While in high school he was a member of the car club called “The Heat Risers” and loved to race. He met his bride Carole in his freshman year and couldn’t keep his eyes off of the beautiful cheerleader. Due to Carole’s Christian upbringing and high moral standards, Albert had a real challenge ahead of him to even get her on a date. After much persistence, he succeeded in getting her to accept. Much to her surprise Carole says, “He was a perfect gentleman.” They fell in love and have been inseparable ever since.

Albert was always a hard worker who loved his wife and family dearly. He was a dedicated hard worker, who always provided well for his family. He also loved his dog, cats and much to his demise, feeding the birds in the front yard.

He not only provided for his own children but also fostered and adopted many others. No one ever went without and were always taken under his wings as his own. He was a strong man, often very colorful, and a great example. He taught you to do the job right no matter what. He taught a strong work ethic to his children.

He was known for being obsessively clean, no matter how much it drove others absolutely insane. He hosed the entire street off in front of the house. He also insisted there should be no trash in the trash. Let’s not forget the dishes in the dishwasher, there is only one right way…right!  He was a real wise guy who loved to joke around. He was as stubborn as they get but loved dearly by all his family.

Albert was an active member of the Church of Jesus Christ of Latter-day Saints.

He helped organize blood drives and served as a home teacher among other callings. He could always be counted on to serve when the call came. He always did things sooner rather than later. He was always involved in giving service to others around him.

Even though he was never a Boy-scout he was always known for being prepared and early to all events and meetings. He was a man you could count on no matter what, his word was gold as was his heart.

He is survived by his loving wife Carole and his ten children, He was preceded by his father Albert Henry Des Mazes 1st

No services will be held. We will have a small private get together with his family and close friends on Friday afternoon.