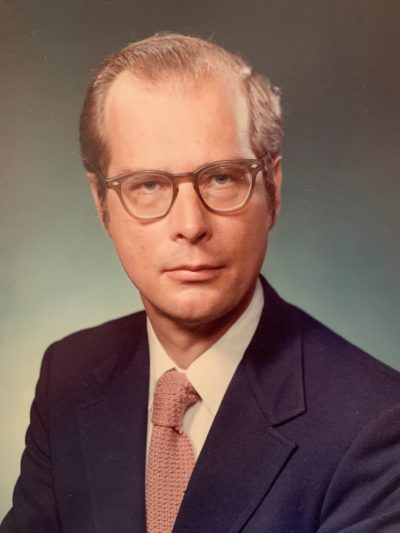 Joseph Cecil Sharp II, 86 years old, passed away Jan. 13, 2021 peacefully in the night while sleeping. He was born in Salt Lake City, UT on May 30,1934 to Helen Swenson and Cecil Sharp. He was married and sealed for eternity to Pauline Burnham in the Salt Lake City UT temple on June 7, 1956.

Growing up he lived in Salt Lake City UT, Seattle WA and Syracuse NY and Logan, Utah. After high school he was awarded a swimming scholarship to the University of Utah where he met Pauline, his future wife on a blind date. His schooling was interrupted when he was drafted into the army for two years where he served in the infantry, artillery, and trained as a medic. After his service, with help from the GI Bill, he dropped his scholarship, married Pauline (“the smartest thing I did in my life”) and focused on obtaining a Bachelors and Masters degree in physiological psychology followed by a doctor of philosophy in neuroanatomy and physiological psychology. Joe’s daughter, Cindy Sharp Stephenson, was born while wrapping up his graduate work.

Upon graduation, he was commissioned an Army officer and worked at the Walter Reed Army Institute of Research in Washington D.C. His son, Joe, was born while he was working at Walter Reed. He was involved in cutting edge research valuable to the security of the nation. He spent over a year in Viet Nam where he “got involved in the intelligence community.” After leaving Walter Reed, he moved to California and worked at NASA Ames Research Center where he retired as director of life sciences

Upon retirement, he and Pauline moved to Southern Utah and his time was spent teaching at Southern Utah University, volunteer work (over nine years with St. George Police Department), learning to fly and buying an airplane and enjoying his family.

His unique experiences were always in the service of the nation he loved. Family and friends marveled at his stories. He did groundbreaking research on microwaves, he studied the effects of radiation on animals and people, he pioneered training dogs to sniff for drugs (and the Viet Cong), he trained dolphins and birds for classified missions, he traveled to the Antarctic to study immunology in isolated populations, he supervised and coordinated numerous experiments on the space shuttle and space station, he played an important role in the Soviet US space program and on numerous occasions he saved lives in accidents or combat with his medical experience. Always in the service of the United States of America.

He is proceeded in death by his wife Pauline and his brother Albert (Bump) Sharp. He is survived by his children, Cindy and Bob Stephenson of Spring City, UT and Joe and Debbie Sharp of Highland, Utah; eight grandchildren and 17 great-grandchildren, as well as his brothers Merv and Steve Sharp.

He had a brilliant mind and learning was instrumental to his character. He was taking graduate level classes as recently as several months ago. He also learned to be a grateful, humble, loving and caring husband, father and grandfather. His mantra for the last several years of his life was, “can you believe how blessed we are?”

In lieu of flowers, please make a donation to the law enforcement support organization of your choice.