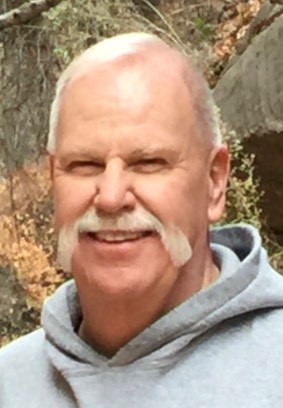 Jay was born in Wayne, Nebraska, as the third of four children, to Lorraine Faye and James E. Fitzpatrick on March 9, 1954. When he was three years old, his family moved to Southern California where he graduated from Villa Park High School in 1972.

He met his wife and the love of his life, Gail, and they were married in 1975. They were blessed to celebrate 45 anniversaries together. Jay and Gail moved to Janesville, California, in 1977, to raise their family while breathing in the beauty and fresh air of Lassen County. Here they welcomed their daughter, Jami Lyn (Robbins) in 1978, and later son, Travis Todd Fitzpatrick in 1983.

In 1985, Jay became a correctional officer for the department of corrections in Susanville, California. For almost 30 years Jay, Gail and their children lived an abundant life raising horses, cattle, sheep, pigs and other animals. Jay enjoyed family activities of gathering winter wood in the forests, boating on local lakes and staying busy with 4-H, FFA and multiple sports that their children were involved in.

Jay loved being a father and grandfather. His greatest joy was attending and watching all of the performances and sports activities they were involved in. In 2008, Jay retired from the department of corrections and moved to Southern Utah so he could be closer to his elderly father. In his retirement, Jay worked as a part-time custodian at Little Valley Elementary School and a local quilt store.

In the 14 years Jay and Gail have lived in Southern Utah, they attended Calvary Chapel St. George and Calvary Chapel Hurricane Valley. The highlight of Jay’s walk with the Lord was a trip he and Gail made to Israel in 2015, where they were both baptized in the Jordan River. While living in Southern Utah, Jay acquired many friends and will be remembered for his love of music and witty sense of humor. Anyone who knew Jay was well aware of his personal relationship with Jesus Christ our Savior, his loyalty to the Minnesota Vikings Football Team and his pride in wearing camouflaged shorts no matter the season.

Jay was preceded in death by his parents: Lorraine Faye and James E. Fitzpatrick; and a brother, Todd Michael Fitzpatrick.

A Celebration of Life will be held at Calvary Chapel St. George on Friday, Jan. 29, 2021 at 2 p.m. The church will be following COVID-19 protocols. The service will also be live streamed at calvarychapelsg.com.