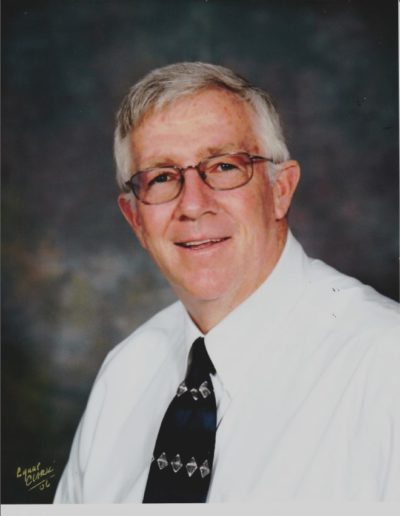 William Evan Johnson, 67, was a devoted husband, a tireless father and grandfather, and a dedicated veteran, teacher, and community leader who left this world unexpectedly on Friday, Jan. 8, 2021.

Evan was born Oct. 24, 1953 to Arthur Lorenzo Johnson and Evelyn Fae Evans in Ogden, Utah. After graduating from Ben Lomond High School, Evan married his high school sweetheart, Deonna Vause, in the Logan Utah Temple of the Church of Jesus Christ of Latter-day Saints on Nov. 15, 1972. Together they plunged forward into life, building an eternal family one custom house and gardening project at a time.

In their 48 years together, Evan and Deonna built six houses known for their gorgeous landscaping and immaculate attention to detail, using the production of their homes as a parable to teach the values of hard work to their family. This enthusiasm and example spilled into numerous home and family projects that Evan led or supported in his children’s homes. Evan and Deonna only paused their persistent construction endeavors to visit grandchildren in Nebraska or Massachusetts or to dash off to their favorite camping spots: Island Park, Idaho, Zion National Park and the Pine Valley campground in Southern Utah.

Evan broke ground on his career in the U.S. Air Force and the Air Force Reserve, serving from 1974 to 1980. Most of the community, however, will remember his enthusiastic dedication as an educator, mentor and leader in Washington County schools. He entered the teaching profession in Weber County in northern Utah but moved to St. George in 1986, where he taught for many years at Sunset Elementary School. Over his career of 40 years, he instilled a love of learning, especially mathematics, to the 5th and 6th grade students of Southern Utah.

He also served as the president of the Washington County Education Association for four years, and he was an assistant boys’ basketball coach at Snow Canyon High School. Eventually, he shifted into administration, serving as the principal of Enterprise Elementary School for 10 years. He firmly believed that every child could achieve success if inspired by a dedicated educator. Several of his children followed in his footsteps to become educators.

Evan was a man of deep faith, with an unshakable foundation and testimony of Jesus Christ, despite the hardships that he experienced throughout his life. His heart and energy belonged squarely to his family and the promise of eternity with them beyond the veil of mortality. He treated others with compassion and humanity, believing every soul he encountered on this Earth was a child of heaven and deserved kindness and charity. He served in church leadership and teaching positions throughout his lifetime, then in his later years was inspired by his wife, Deonna, to regularly engage in temple work, bridging his temporal and eternal families together.

Evan’s greatest joy was in the time he spent with his grandchildren. He had an individual relationship with each of them, leaving each with treasured experiences. Whether on road trips with historical messages, visits to national parks, Friday lunches with Happy Meals, or special ways to hold hands, Evan made sure each of his grandchildren felt his unconditional love as unique individuals. Everyone in Evan’s hometown would recognize his four-wheeler, barrel-train full of grandkids snaking through the town on Halloween or his driveway full of bikes and scooters. He was also known around Enterprise for his extensive Christmas light displays.

Evan instilled in his children a diverse love of gardening, camping, fishing, Utah Jazz basketball and science fiction movies. Even though the wake of his passing will leave a hole at every family barbecue, an empty camp chair at the Buffalo Campground and a silent tile saw in his children’s backyards, he will be there in spirit every time they think of him.

A viewing will be held at the Enterprise Stake Center in Enterprise Utah, from 9:30-10:30 am on Saturday Jan. 16, 2021. Funeral services will be broadcast virtually at 11 a.m. Friends and acquaintances are invited to join at https://youtu.be/mrJMJG9f6TU. Interment for family and close friends will follow the funeral at the Enterprise City Cemetery.