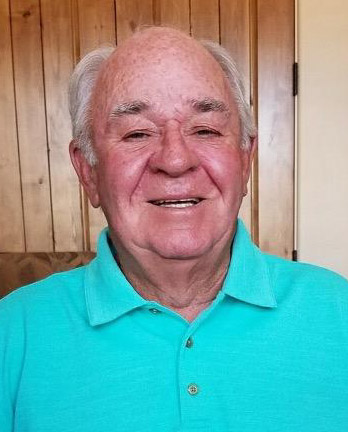 John Thomas Burton, 80, was born in Yonkers, N.Y. on October 21, 1940, to parents Edward and Josephine Burton. He passed away at St. George Regional Hospital in St George, Utah, on January 4, 2021 with his wife Julie, at his side.

He lived in Connecticut as a child, Alaska as a teenager, and then moved to California where he met Julie. They married on July 9, 1977 at Bass Lake, California. They were “package deals” for each other, with both having young children from their previous marriages. He embraced her children as his own. He loved all the kids dearly and enjoyed teaching them how to snow ski, water ski, snowmobile, dirt bike, and drive four-wheelers.

John was a successful businessman, leasing vehicles to the U.S. Government. He and Julie lived in Layton, Utah prior to moving to Washington City, Utah in 2009. If there was anyone who lived life to the fullest, it was John. He was a fearless man with an infectious laugh. He was an airplane owner and pilot. He always made sure he had the fastest sand car or RZR amongst his friends. John and Julie spent many years traveling in their RV to meet friends to ride side-by-sides on sand dunes and the slick rocks of Moab. He was known throughout the neighborhood as he would stop and talk to anyone. He was a “glass is half full” type person who never complained about having a bad day. His kindness could be seen in the fresh flowers he would bring home to Julie each week, his love towards animals, and his willingness to always help those in need.

John is survived by his wife Julie Burton; his daughter Lori Crespo; his sons Christopher and Clayton Burton; stepsons Gary and Craig Hanlin; a sister Josephine Hanger; many in-laws, nieces, nephews, 7 grandchildren, and 7 great-grandchildren.  He is preceded in death by his parents, siblings, Jack Burton and Arlene Kottich, and his beloved schnauzer, Rocky.

A service to celebrate John’s life will be held at a later date.

'The government lied to everyone in Southern Utah': New documentary on downwinders to air on PBS Utah