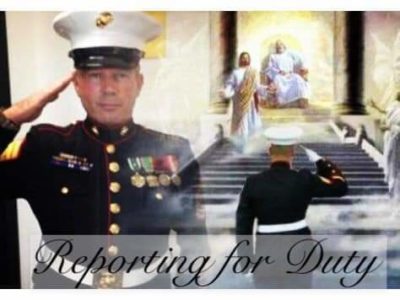 Richard Lee Massey, 57 of Washington, Utah passed away at his home on Saturday, Jan. 2, 2021. He was born on Feb. 25, 1963 in Yuba City, California to Robert Franklin Massey and Barbara Ann Coffrin Walker. He married his loving wife Melanie Hansen on April 25, 1998 in Reno, Nevada.

Richard attended Yuba City High School and graduated in 1981. He proudly joined the United States Marine Corps shortly thereafter and retired in January of 2002 as a Gunnery Sergeant after just over 20 years of dedicated and honorable service to his country.

His accomplishments, though numerous, encompass his character and commitment to service and the call of duty that he will always be remembered by. His military occupation was as a Combat Engineer, but his graduation from the Marine Security Guard School in Quantico, Virginia allowed him to serve for embassy duty as an MSG.

While on embassy duty, he served first in Afghanistan and then in Costa Rica, and was deployed twice to work in the minefields of Guantanamo Bay, Cuba. Closer to home, he spent the later portion of his career recruiting and contributing to the strength of our great nation. He was awarded multiple gold, silver and bronze medals and was a pillar for the highest degree of professionalism.

Recruiting allowed him to experience the wonderful city of St. George firsthand where he made the decision to continue his service to the community. He became a Washington County Sheriff in 2005 and Toys for Tots coordinator in 2006. He will likely be known locally as the “Toys for Tots guy,” but his compassion and service has reached all members of the community, from those in need and other behind bars, to neighbors, friends, and family. When he did somehow find time for himself, seldom as it was, he loved hunting, fishing, camping and spending time with his father and brothers.

A Celebration of Life will be held at South Mountain Community Church on Saturday, Jan. 9, 2021 at 11 a.m.

The family wishes to extend their gratitude for the outpouring of support from the community; Washington County Sheriff’s Office, The Marine Corps League, South Mountain Community Church, and the countless others who have shown their love for Richard by being there for his family during this difficult time.

Richard was known for loving and serving others with his whole heart, which is what ultimately failed him and took him from us all too soon. The best way to honor Richard’s memory is to show kindness to those around you today and every day just as he showed kindness to you.

Arrangements are made under the direction of Spilsbury Mortuary, 110 S Bluff Street, St. George, Utah. Friends and family are invited to sign online guestbook at www.spilsburymortuary.com