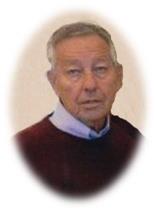 Gary graduated from Blodgett Vocational High School, Syracuse, New York in 1964. After high school he joined the Air Force and served as a medic in the Vietnam War from 1964 to 1968.

In 1969 he moved to Provo, Utah, where he attended Brigham Young University and earned his bachelor’s degree in Business Management, in three years. After his graduation, Gary moved to Las Vegas, Nevada, where he became a store manager for one of the Vegas Village stores. It was at this time that he met a cute blond-hair girl named Nancy Bishop, who became his wife.

Gary moved his family to Overton, Nevada, where he became part owner and managed Bishop & Waymire with his father-in-law, Lee Bishop.

After the big flood of 1981 in Overton, he moved his family to Plano, Texas, where he worked for JC Penney Corporate Offices. While there he held several positions in management. He retired in 2007 and became his wife’s chaffer back and forth to her work, the official house cleaner and cook. After her retirement they moved to St. George, Utah, where he spent the last five years of his life.

Graveside services will be held Thursday, Dec. 31, 2020 at 1 p.m. at the Tonaquint Cemetery, 1777 S. Dixie Drive, St. George, Utah.  Masks are required for those attending services.