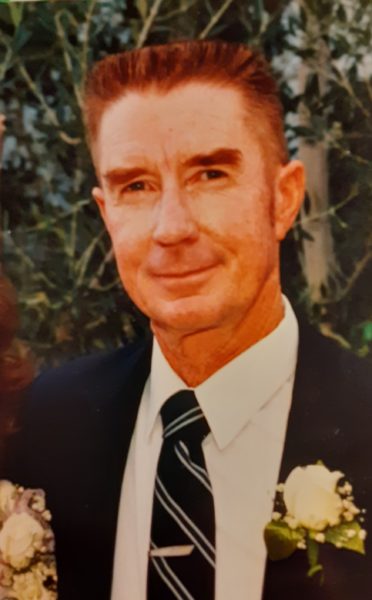 Vernon Wilson Jones passed away on Dec. 25, 2020 peacefully in his home from congested heart failure after a long bout with cancer with his wife by his side.

Vernon was born April 7, 1937, in St. George, Utah, and was the sixth child of Ellis Wilson and Eva Cottam Jones. He enjoyed growing up in Veyo with his brothers Alma, Ivins, Heber and his twin sister Vera. He had two sisters who passed away shortly after birth, Cleone and Nancy.

Vernon attended elementary school in Veyo, Utah. He attended Woodard Junior High and Dixie High School, graduating in 1955. He went on to Dixie College and graduated with an associate’s degree before serving as a missionary for The Church of Jesus Christ of Latter-Saints in Western Canada.

After his mission, Vernon enlisted in the U.S. Army serving in Hanau, Germany, where he denied Elvis Presley entry to the base because the King did not have his military ID on him! While in the Army he traveled all over Europe as a medic. Several trips were to the British Isles, where he met and courted a beautiful young Maori girl from New Zealand – Pauline Sullivan. They were married on Nov. 10, 1962 in the London Temple.

Vernon’s army service ended in 1961. Upon returning to the states, he sought employment in Las Vegas, Nevada, where he was employed by the Dunes Hotel and Country Club with the grounds maintenance department. The two began a family with three children – Darrell, Lena and Selena. Vernon continued to prove himself in the maintenance department eventually becoming the assistant superintendent. He retired after a long and distinguished career with both the Dunes and the Hilton hotels.

After 27 years of marriage, Pauline passed away from cancer leaving Vernon a widower. A mutual friend introduced Vernon to Brenda Abbott Werner, who he went to church with. Brenda had been previously married too and had seven children. This did not deter Vernon, and he and Brenda were married on Nov. 17, 1990 in the Las Vegas Temple.

Vernon took in, and helped raise, the three youngest children and did his best to manage a blended family. Upon his retirement, he and Brenda moved back to his childhood town of Veyo, where they spent the next 17 together. Moving home allowed Vernon the ability to garden, tinker around the house and attend the temple as often as he could.

Vernon had a firm belief in sacrifice and service. He passed those beliefs to his family, his kids, grandkids and his great grandkids too. He was a friend to everyone serving them in every way he could.

He was faithful with his church responsibilities, which included being called as the Veyo ward clerk at the age of 18, as well as elder’s quorum president, high priest leadership, ward and stake clerk, and high councilman. His most beloved church responsibility was being a home teacher and minister. He was a temple worker in the Las Vegas temple for 12 years, where he enjoyed many special experiences.

When Vernon passed away, he and Brenda had been married 30 years.

Vernon is preceded in death by his parents, his brother Alma, his sisters Cleone and Nancy, his first wife Pauline and his son Darrell.

He is survived by his wife, Brenda; children Lena (Brad), Selena, Beverly Hafen (Scott), Benjamin Werner, Brent Werner, Bruce Werner (Lori), Brooke Simpson (James), Bradley Werner (Tamara) and Byron Werner. In addition his 21 grandchildren and 20 great-grandchildren who he loved and found great joy with calling them his “babies.” He loved family visits, especially the last two months of his life.

The family is grateful for the many doctors who have taken care of Vernon throughout the area and for Dixie Home Hospice for their loving care.

Vernon’s services will be held on Thursday, Dec. 31, at The Church of Jesus Christ of Latter-Day Saints Veyo Chapel with a viewing at noon and family funeral at 1 p.m.

Due to the COVID-19 pandemic the funeral service will be family only. If you would like to view the service online please use the information bellow:

Outdoor enthusiasts can use app to catch poachers in the act